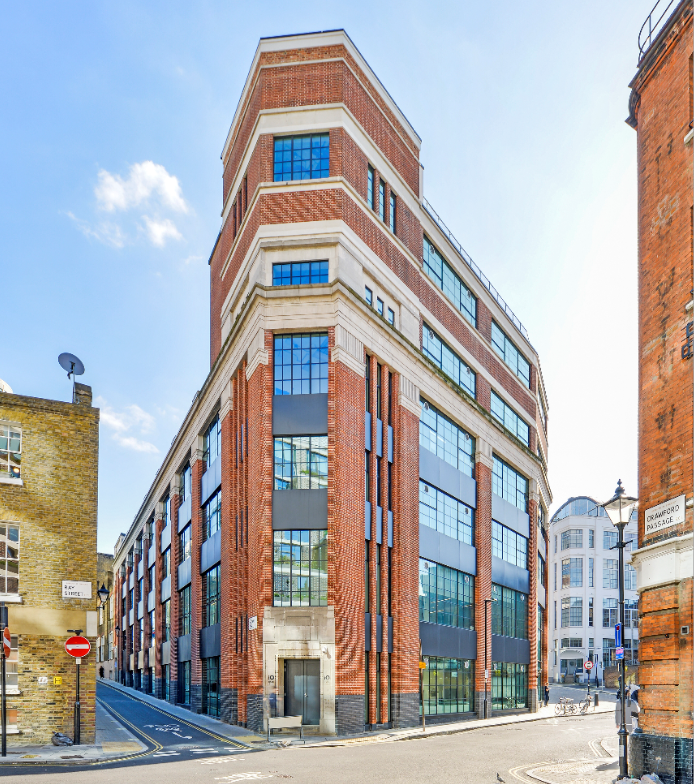 London’s Herbal House, situated in the heart of Farringdon, is well-known among the creative community.

The building, which now contains office space designed to fit its original industrial layout, was refinanced in April by Macquarie Capital Principal Finance, which revealed it had provided a £106.2 million (€123 million) senior loan to the building’s owner, Aerium Finance, a European real estate fund manager that acquired the site in 2012. The three-year facility, funded using capital from Macquarie’s balance sheet, will be used to repay the owner’s existing senior debt.

Alexi Antolovich, global co-head for real estate at Macquarie, sees Herbal House as “an excellent example of the modernisation of a former industrial building”, with its regeneration into an “attractive and functional office space perfect to foster collaboration and creativity, which we see as increasingly important to occupiers”.

Built in 1928 as the printing headquarters for the Daily Mirror, Herbal House has had many roles. From being an artist’s studio to becoming the home of the London School of Printing and Graphic Arts, photographers including Jacques Henri Lartigue used the site for shoots. In the 1960s, Michael Caine, Jack Nicholson and the Rolling Stones were all snapped there.

The site underwent refurbishment in 2017, in partnership with developer Allied London. The 115,000-square-foot space now comprises six two-bed apartments on the top floor and offices occupied by the likes of philanthropic organisation Open Society and design company Ideo. London-based architectural practice BuckleyGrayYeoman described its renovation of the site as a “radical reinvention that celebrated and breathed new life into an iconic example of London’s industrial architecture”.

1928 Herbal House, formerly known as Back Hill and Reveille House, is built as the printing headquarters of the Daily Mirror

1983 Back Hill, as the site was known at the time, becomes Holborn Studios