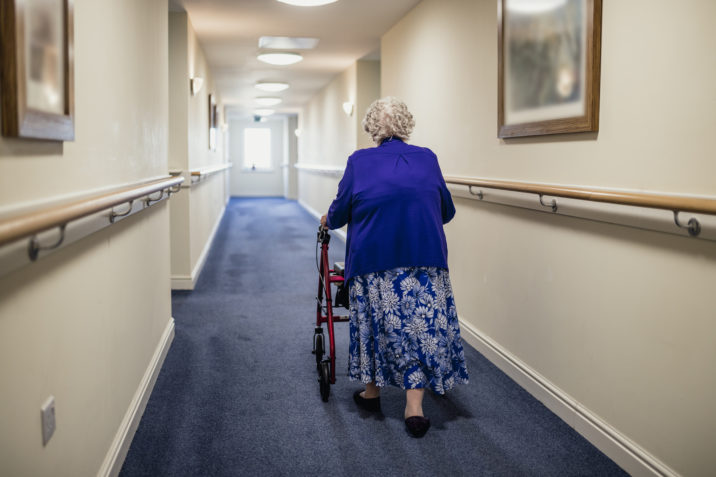 A lack of high quality, purpose-built retirement accommodation for the rapidly ageing UK population is one of the main reasons debt providers usually cite when explaining the rationale behind their decisions to lend into the sector.

Real estate lenders are increasingly financing such schemes. The latest financing deal in the sector was announced this week by UK challenger bank OakNorth. On 14 June, it said it had provided a £50 million (€58 million) loan to Brigid Investments to support the acquisition of approximately 250 newly built and fully occupied rental retirement properties, operated by UK-based retirement living communities developer and manager McCarthy Stone.

Another recent deal in the sector also involved OakNorth and alternative lender ASK Partners. Together they provided, on 27 May, a £7.2 million senior loan to support the first acquisition of a joint venture between property company FORE Partnership and operator Amicala, which intends to develop up to £300 million-worth of “ultra-sustainable, net-zero, extra-care, later-living schemes”.

And continuing with the joint ventures, BlackRock, through its real assets arm, also formed one last month with retirement village developer Audley to invest £500 million in building schemes. That means £800 million of new investment into the UK sector, which is bound to create plenty of lending opportunities.

For Daniel Austin, chief executive of ASK, the lack of suitable retirement accommodation for the UK’s growing ageing population is the main reason behind the sector’s projected growth. “In big cities more specifically, there are significant pockets of wealth amongst those in the 60-plus age bracket, and many of them are finding that their existing housing is not greatly accommodated for later life,” he told Real Estate Capital. “There is definitely a growing need for quality later living accommodations.”

The progressive removal of the social stigma the sector has traditionally suffered is further boosting its prospects and therefore its appeal to lenders, Austin added. “Traditionally, people would have thought, ‘Why would I leave my nice house to move into a depressing care home?’. But the emerging supply is offering the elderly the possibility to move into a well-appointed flat in a major city with care and leisure facilities they would not otherwise be able to enjoy. If the stigma on senior living developments is completely removed, demand will substantially increase.”

UK lender Fortwell Capital is another property financier stepping up its efforts in the sector. On 3 June, the company provided its latest financing for a later living property – a £12.4 million loan to care home developer and operator Simply UK, for the construction of an 83-bed purpose-built care home in Stratford upon Avon, UK. The firm, which has lent over £350 million to purpose-built care home and retirement living developers since 2014, and £126 million of funding to the sector since the onset of the pandemic, has echoed its plans to continue expanding across the sector.

On 27 May, the company announced it had extended its credit line with Cain International, which part-owns Fortwell, from £400 million to £500 million. The extension, it said, “would enable it to accelerate its push into the sector and consider a dedicated strategy focused on funding care homes, retirement living and other similar assets within that space”.

Nick White, associate director with Fortwell Capital, told Real Estate Capital the company is targeting all senior living sub-sectors as it believes they all present appealing lending opportunities. He said: “The key point we look at when considering funding any retirement living project, is less about real estate and more about the offering the operator can provide to the end-user. It needs to be quite operational-hospitality led.”

For White, in addition to a supply and demand imbalance, the dated nature of existing stock could be another factor supporting the sector’s growth. “With most of the senior living facilities in the country being older, larger houses that have been converted into care homes, rather than purpose-built facilities, a strong development pipeline in the sector is required to keep up with closures.”

Understanding the differences and nuances between the different later-living sub-sectors is the main challenge that underwriting the sector presents, according to the lenders canvassed for this story.

Also, while most senior living schemes in the UK are built for sale, some operators are running a rental model. “Some combine both models, offering tenants the possibility of renting for a period of time and then asking them to decide whether they want to buy,” White added.

According to White, one of the most common mistakes that can be made when financing the sector is to automatically assume developers that have built and sold successfully residential schemes will be able to do the same with retirement schemes.

“The operational element embedded in the sector is key for lenders to understand,” he said. “You are not just selling bricks and mortar – you are selling a lifestyle. As one of our developers says, ‘We want people to feel like they are going on holiday for the rest of their lives.’”

Another challenge that financing the sector presents is, according to ASK’s Austin, the scarcity of available sales data for the sector. “There is not great data available, so you need to tread carefully when financing it,” he said. “Although you can see the potential demand by looking at the age of the local population, you don’t know how easy it is going to be to persuade them to leave their existing homes and buy one of these properties, and ultimately how much they might be willing to pay.”

This lack of sales data, coupled with a usually prolonged sales process due to the fact the sector is relatively new, has traditionally explained the reluctance of many lenders towards the sector. However, according to Austin, the lending opportunity will continue growing in coming years. “I think there is going to be a big drive towards later living schemes so the opportunities to finance the sector will just increase.”