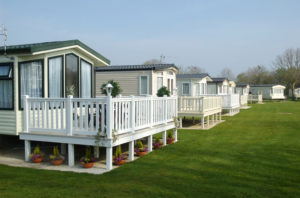 The loan, provided to Blackstone Capital Partners and Blackstone Real Estate Partners, part-funded the acquisition of Bourne Leisure, which also operates the UK’s Haven caravan parks and adult-only Warner Leisure Hotels. Bloomberg reported on 12 February that the rest of the financing was to be provided by Blackstone’s credit unit, which will distribute it across its various credit funds, including its real estate debt and direct lending vehicles.

According to Lorcain Egan, Starwood’s head of real estate lending in Europe, reduced international travel opportunities due to the ongoing coronavirus pandemic is expected to drive the growth of the UK leisure industry. “In the short-term, due to international travel restrictions, we expect to see more buoyancy in the sector,” he told Real Estate Capital.

However, Egan argued the pandemic’s impact on the sector will only strengthen its long-term fundamentals, which he described as favourable, pre-covid. “We have always liked the UK’s domestic leisure sector, in which we have been invested since we entered the European market,” he said. “We really like its long-term fundamentals: there is less supply in the country than in other European countries, and demand drivers are very positive.”

In addition to UK leisure being one of Starwood’s preferred sectors, Egan said the deal’s specific features were key to its decision to provide the financing. Other than having Blackstone as property sponsor, which Egan described as a top-tier equity investor well known to Starwood, Bourne Leisure’s business model was paramount. “The company has a unique income profile in the sector,” Egan said. “Even during periods of economic distress or recessions, the company’s underlying assets still managed to generate strong and steady predictable recurring cashflows.”

That cashflow is underpinned by year-round site fees generated by the Haven caravan business, which, according to Egan, strongly supported Starwood’s confidence in the firm’s ability to continue providing income security. “Site fees from Haven’s caravan business represent a substantial amount of the income profile and provide that stable and recurring income stream we look for,” he said. “They are a strong foundation for economic stability.

“The assets’ past performances, combined with a top-tier management team and a great sponsor like Blackstone, gives us a lot of confidence that this loan will provide very good risk-adjusted returns to our investors.”