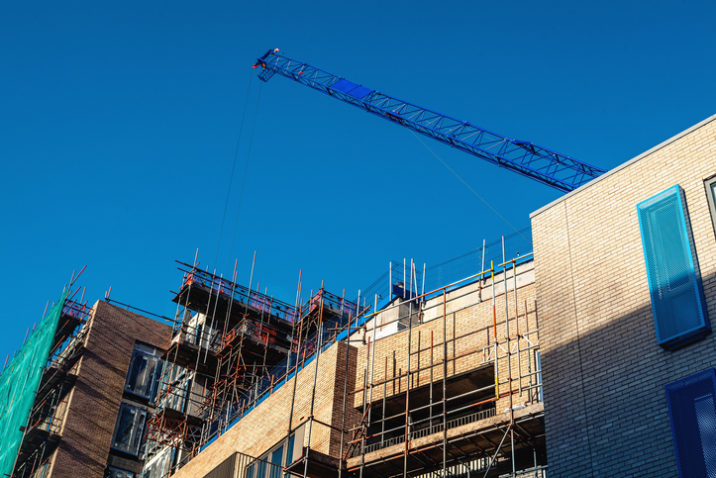 On 10 September, the London-based residential development finance specialist Pluto Finance announced a funding agreement with the UK private pension scheme Universities Superannuation Scheme that it said would enable it to “accelerate lending to SME developers delivering new housing in the UK”.

Under the terms of the deal, USS made a £75 million (€88 million) investment as a cornerstone investor in Pluto’s sixth development lending vehicle, for which it is targeting a £300 million capital raise within the next 12 months. Through the fund, the company will primarily originate residential development loans in the UK, ranging from £5 million to £50 million.

USS also made a “significant minority investment” in Pluto, aimed at enabling a major expansion of its business. Justin Faiz, Pluto’s co-founder, said the agreement will provide the firm with greater capacity to support a wider range of construction schemes in the UK. He added that it will also help it to grow more broadly, including a team expansion and, most importantly, a move into adjacent lending strategies.

“It includes a framework agreement by which USS plans to invest around £100 million a year going forward in Pluto’s new lending strategies, featuring a combination of new products and further investments into existing ones,” Faiz told Real Estate Capital.

This move into new lending strategies, both in terms of loan and sector type is, according to Faiz, the greatest advantage of the USS backing. “It will enable us to start also lending against residential acquisition as well as broaden away from just housing into other commercial real estate sectors,” he added.

While the company’s plans to launch a residential investment lending programme are immediate and likely to happen before the end of the year, its lending drive into other real estate sectors beyond residential will most likely begin next year, said Faiz. “We will be widening our remit for residential to include student accommodation, care homes and co-living properties but will also start funding commercial property sectors including offices, industrial and leisure assets, providing a mix of development and acquisition finance.”

Residential build-to-rent is an area where Pluto is particularly bullish and is looking to expand. The sector’s growth prospects in the UK are, according to Faiz, the main driver behind the increasing appetite it is enjoying from lenders and institutional investors.

“A professional rental sector is surprisingly nascent in the UK compared to the US and continental Europe,” he commented.

The residential sub-sector, he added, is underpinned by strong fundamentals that are as relevant now as they were pre-covid. “There is still a chronic housing shortage in the UK as well as a growing population. In addition, many young people who are not committed to buying a house still want to live in a pleasant environment and well-managed schemes so, when corporate BTR is done right, the market responds really well to it: rent collection and occupancy rates tend to be impressive.”

Pluto is aiming to become a ‘one-stop-shop’ for developers in the sector, offering the whole range of lending services at different points in the lifecycle of a scheme. “We will be offering all types of financing including short-term finance for acquisitions, bridging loans, development finance and funding for schemes’ stabilisation.”

Pluto’s specialty is residential development finance in the UK. Its product range includes stretch-senior development loans at up to 90 percent of development costs, and senior loans of up to 60 percent of gross development value or 70 percent of costs. It also writes bridging loans and private rented sector residential term loans. The company has financed to date the construction of more than 10,000 homes in the UK during the last decade.