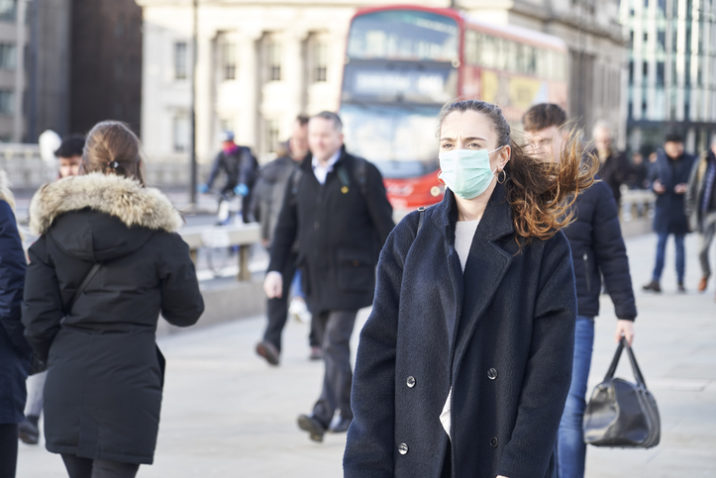 UK Prime Minister Boris Johnson’s about-turn this week on his plea for white-collar workers to return to their desks spells further uncertainty for the London office market.

On 22 September, as part of a package of measures to quell another wave of covid-19 in the UK, Johnson changed official advice to tell those who can work at home to do so for the time being.

London’s office workers have proved reluctant to head into their workplaces throughout the summer. In a mid-July survey, US bank Morgan Stanley found that 69 percent of London employees had not returned to their offices. It also found half of office staff were working from home five days a week, compared with between 20-33 percent of peers in Paris, Milan, Frankfurt and Madrid.

But while London’s office sector languishes in a state of limbo, not all lenders have been put off. On 16 September, Allianz Real Estate announced its largest single-loan European debt transaction to date – a £400 million (€440 million) facility for property firm Lazari Investments to finance a portfolio of five prime office buildings located across central London.

It would be incorrect to conclude all real estate lenders remain eager to put capital to work against London offices. But these two deals suggest at least some big names in the lending market continue to view the sector as a safe bet, and even a growth prospect.

Allianz provided its fixed-rate loan for 10 years and cited London’s status as “one of the most liquid global investment markets” as among reasons for the transaction. European head of debt Roland Fuchs also argued proximity and location will remain important factors, whatever changes covid-19 brings to working patterns.

Meanwhile, ICG’s deal involved buildings on the eastern fringes of central London, all recently refurbished and targeted towards the tech companies that made that part of the city their hub. The deal suggests confidence one of the city’s major growth industries will continue to grow.

Relatively resilient rent collection figures keep encouraging buyers. For example, Cushman & Wakefield reported that, by the end of the 21-day period following the 24 June UK rent collection day, offices was the sector in which it collected the highest proportion of rent for its clients. Office tenants provided 81 percent of rent, compared with 70 percent from industrial occupiers and 45 percent from retail occupiers.

London’s office market remains in a difficult and uncertain situation due to covid-19, but these latest deals indicate lenders’ confidence that businesses will continue to have a strong physical presence in a city like London.