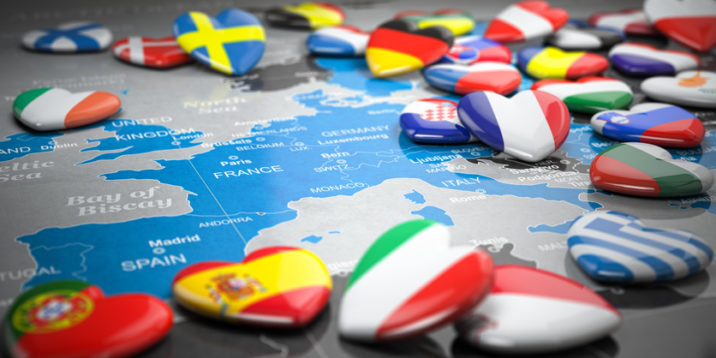 Kennedy Wilson, the opportunistic US real estate investor which targeted distressed European property in the wake of the 2007-08 global financial crisis, has increased its financial firepower as it aims to capitalise on the ‘growing number of opportunities’ it sees to lend against European assets.

On 14 July, the Los Angeles-headquartered manager announced it had grown the size of its global debt platform to over $3 billion, including through a new European partnership.

The partnership comprises a $700 million commitment from an unnamed global institutional investor to invest in European property debt opportunities. It will target loans, to quote its announcement, “secured by high-quality real estate in the UK and Europe”.

Through the new platform, Kennedy Wilson said it plans to provide finance across the capital structure and risk spectrum. “We are excited to build on our long track record of investing in debt opportunities and leverage our team’s flexibility and creativity to provide a wide range of capital solutions for the growing number of opportunities we see across our core UK and European markets today,” said Fiona D’Silva, head of investment, Europe, at Kennedy Wilson.

Kennedy Wilson’s global debt platform, which includes partners across the insurance and sovereign wealth industries, invests across the entire real estate debt capital structure in the US, UK and continental Europe. Through it, the firm has deployed $1.3 billion of loans to date. In a statement announcing the latest partnership, Kennedy Wilson said it expects to have an average ownership of 5-10 percent across the global debt platform, adding that it earns management fees in its role as investment manager.

The company started investing in real estate debt in 2010. Since then, it has completed approximately $7 billion in debt-related investments, including $4.3 billion across Europe. The investments include acquiring loans from financial institutions and other lenders as well as directly originating loans.

Europe was a major focus for Kennedy Wilson’s opportunistic credit strategy in the wake of the GFC, with Ireland and the UK the scene of much of its activity. In January 2011, affiliate title PERE reported it had entered the European market through its purchase of the €1.6 billion property investment management business of Bank of Ireland, through which it created a new platform – Kennedy Wilson Europe. In the same year, it acquired, alongside its long-time equity partner, the Canadian financial services firm Fairfax Financial, a $1.5 billion stake in the troubled bank. It also acquired a loan portfolio from Bank of Ireland secured by UK assets in December 2011 for $1.8 billion.

In 2012, Kennedy Wilson and Fairfax formed a $365 million partnership to acquire property loans and assets, mainly in Ireland and the UK. Fairfax provided $327 million in capital, while Kennedy Wilson contributed a 10 percent co-investment. At the time the joint venture was formed, Kennedy Wilson had already completed $3.7 billion of deals in the UK and Ireland.

In 2014, the KWE platform, established through its maiden deal in the region, was listed on the London Stock Exchange in a £910 million IPO. In 2017, KWE was merged with its parent company to create a $4 billion real estate platform.

Kennedy Wilson’s recent European activity has seen it acquire prime property, including the One Embassy Gardens office building in London from developer Ballymore in June for $252 million, and the Ulises 16-18 grade A building in Madrid in the same month. It has also committed to development schemes, particularly in the Irish market. In June, it announced the construction of 395,000 square feet of grade A commercial space in the Dublin Docklands in a joint venture with private real estate company Cain International.

However, debt-related investment has remained a key part of its European business. In May 2020, soon after the onset of the covid crisis, it again teamed up with Fairfax to launch a $2 billion real estate debt platform to target loans secured by high quality assets in the western US, Ireland, and the UK. “These debt-related investments may include acquiring discounted loans from financial institutions as well as originating loans to real estate owners,” Matt Windisch, executive vice-president of Kennedy Wilson, said at the time.