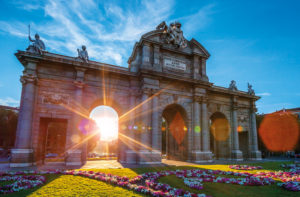 Incus Capital, the Madrid-based “speciality credit firm” focusing on mid-market European lending, is preparing to launch its fourth flagship European opportunity credit fund, through which it will target asset-backed opportunities including in real estate debt, Real Estate Capital can reveal.

European Credit Fund IV, which has a €500 million target size and a €650 million hard-cap, will be officially launched this summer, Martin Pommier, partner and chief operating officer at Incus, said. He added that the firm is targeting a first close for the fund in October, at around €350 million, and a final close in Q2 2022.

The company is targeting a gross internal rate of return of at least 15 percent, with a 1.5-1.6x gross multiple on invested capital, and a 6 percent annual cash yield. Pommier said the company is still in talks to confirm capital commitments but suggested the fund’s investor base was likely to be made up of 20-25 investors from the US, Canada and Europe, with most likely to be existing investors from its previous funds.

Incus, which featured in the Real Estate Capital Debt Fund 30 ranking in June, defines “speciality credit” as lending opportunities in which the lender does not provide debt directly to borrowers at the company level.

“We do not lend money to companies against their cashflows, we rather lend money against their assets,” Pommier said. “We attach ourselves to an asset in two different ways: by either originating transactions or by buying into situations. For example, by buying a portfolio of credit positions, such as mortgage portfolios or lease portfolios. This is what we call specialty credit situations.”

Incus targets investments within a €10 million to €70 million range across property sectors. To date, around 40 percent of the capital that Incus has deployed across all its strategies has been invested in Spain, with 20 percent in Portugal, 20 percent in Italy and the remaining 20 percent in France.

In September 2018, Incus closed its European Credit Fund III on €500 million, up from the €270 million raised for its second credit fund in 2016. According to Pommier, the success of the programme led the firm to launch a fourth fund. “There is a very good investment opportunity for our speciality credit strategy in all our targeted jurisdictions,” he added.

According to Pommier, the launch of Fund IV follows an active 12 months for Incus, in which it has deployed capital from prior funds.

The company is currently investing on behalf of its €600 million Senior Credit Real Estate Fund I, a fully dedicated property lending strategy targeting senior credit strategies in Europe. The fund had its final close in August 2019. Pommier said the firm expects to have “all its capital deployed in the next two-and-a-half years by targeting investments from €20 million to €100 million”.

So far, around 30 percent to 40 percent of the fund’s capital, which the company describes as “an alternative to banking financing” has been deployed. “After having managed to deploy around €200 million during the pandemic, we are confident we will continue with a good deployment pace,” Pommier said.

Incus has raised more than €1.5 billion in assets under management through its funds since its inception in 2012. The firm has provided more than €1.4 billion of capital across its funds in more than 80 transactions.