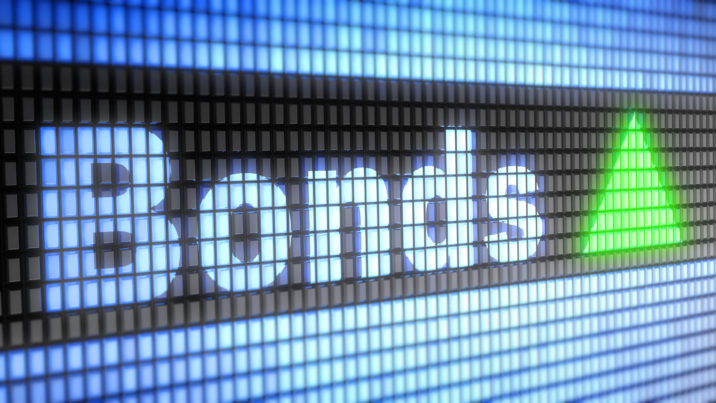 This year has been a busy one thus far for bond issuance in the European real estate sector, as companies tap the capital markets.

According to Berlin-based Scope Ratings, issuance of unsecured bonds by real estate companies in Europe reached around €60 billion in the year to 6 August, matching 2020’s total and just 26 percent below 2019’s €81 billion – a recent peak. According to Philipp Wass, executive director of corporate ratings at Scope, “2021’s issuance should end similar to, or higher than, 2019”.

This year’s issuers include large real estate investment trusts that are typically active in the space: SEGRO and Gecina each raised €500 million of green bonds – in May and June, respectively. There have also been issues by less frequent bond market participants and new entrants, such as manager CBRE Global Investors, which raised €500 million of green notes in its first European issuance in January through one of its funds.

Market sources say the pandemic has provided renewed impetus for property companies to issue bonds as they aim to diversify their sources of finance following a period of uncertainty in which banks have become more risk-averse.

Wass says that, during times of crisis, borrowers turn to capital markets to broaden their funding sources: “Whenever liquidity dries up in a segment, companies are eager to explore the whole spectrum of financing options. During crisis periods, companies focus on further potential risks they could face and realise that, if more uncertainty arises, they could have issues refinancing their operations.”

He has noted a strong increase in demand for corporate ratings during covid: “Real estate companies have discovered during the pandemic that it is helpful to have a rating to attract finance and keep open their access to capital markets.”

“Whenever liquidity dries up in a segment, companies are eager to explore the whole spectrum of financing options”

Toby Cohen, head of real estate debt advisory at Rothschild & Co, agrees that banks’ reduced lending capacity is a factor driving property companies to the unsecured bond market: “Even pre-pandemic, many lenders were telling their clients that either they cannot lend the same amount as previously or, if they could, the cost would rise materially. Covid has accelerated this.”

The operational and financial flexibility that bond financing provides is a benefit for companies. Cohen adds that this is particularly the case when a business reaches a certain scale and sourcing finance on an asset-by-asset basis becomes less efficient.

“There is not a rule on the size these companies need to have reached, but it tends to happen when they have a gross asset value well in excess of €1 billion. At this stage, a company is looking for greater flexibility to buy, sell, or develop assets – without lender consent – and the ability to raise additional debt.”

Duco Mook, head of treasury and debt financing at CBRE Global Investors, says capital markets pricing remains attractive to borrowers: “During the last few years, additional liquidity was pushed into the bond market, driven by the European Central Bank’s quantitative easing programme. This is keeping interest rates at historic low levels but also leads institutional investors to allocate a higher percentage of their investments to the bond market, as an alternative to government bonds or deposits, which both provide negative returns.”

One market source says issuers that achieve a rating of BB-plus or higher can expect coupons of 80-130 basis points on 10-year bonds.

A major aspect of 2021’s real estate sector bonds has been the volume issued with green or sustainability-linked labels. According to Scope’s data, €22 billion of the circa €60 billion issued in the year to 6 August was through green, social or sustainability-linked bonds. That 36 percent share was up significantly on the 19 percent for the whole of 2020. Prime examples included manager AXA IM – Alts, which in June announced a €500 million debut green bond for its flagship core European real estate fund; UK landlord Canary Wharf Group, which issued £906.3 million (€1.1 billion) of green bonds in April; and central and eastern European investor MAS Real Estate, which issued €300 million of green bonds in May.

Opinions differ as to how much of a pricing benefit is on offer for issuers of green bonds. Wass says Scope has seen a limited difference in pricing so far, with large-scale issuers most likely to benefit as investors clamour for green securities issued by blue-chip organisations. However, he adds that the new EU Taxonomy should help clarify the benefits of sustainable activities on issuers’ credit quality.

Mook says that by bringing to the market a bond under a green financing framework, borrowers can attract a wider pool of investors: “There are certain institutional investors that would prefer to allocate to green or sustainable bonds than to ‘brown’ bonds. Although it is hard to quantify a discount in pricing, when structuring our green bond our adviser told us that a sustainable bond with a convincing green framework for investors could lead to a potential discount of 5-7 basis points.”

As institutional investors increasingly seek sustainability-linked notes, many in the market believe green bond issuance in the real estate sector will become more commonplace. Cohen says: “A ‘green’ or ‘sustainable’ bond is likely to become the rule rather than the exception, as was the case in previous years.”