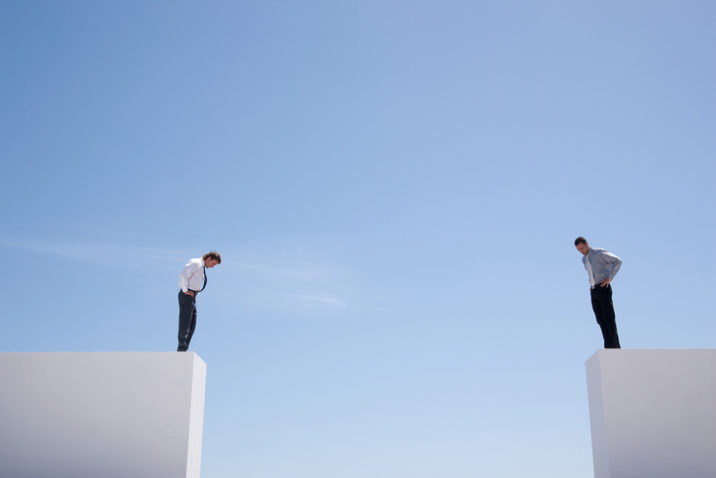 A decline in the amount of leverage that lenders will provide, combined with falling capital values, could trigger “significant refinancing” problems for real estate loans maturing over the next three years, AEW Europe has warned. However, the investment manager argued the gap is modest compared with that seen following the global financial crisis.

In a new research report, AEW forecast a cumulative debt funding gap of €24 billion across the UK, France and Germany between 2023 and 2025, representing the shortfall between the amount of debt due to be repaid at loan maturity and the amount of new debt available in the market to repay it.

In its analysis, AEW cited the Q3 European market sentiment survey by industry body CREFC Europe, which signalled lenders are reducing loan-to-values. The manager said there has been a strong correlation in recent years between CREFC Europe’s sentiment index and evidence of debt terms in AEW’s in-house loan-level data. It added that the “most recent Ukraine-linked LTV sentiment shift” in Q3 2022 might trigger a decline in actual LTVs in the second half of 2022 to 45-50 percent.

“The potential of lower refinancing LTVs together with already accumulated capital value declines for some of the underlying collateral amplified by higher interest rates might trigger significant refinancing problems for loan maturities in 2023-25,” it said.

A €12.8 billion funding gap in the UK accounts for over half of the total figure, followed by Germany at €6.2 billion, and France at €5.1 billion. By sector, retail is identified as constituting nearly 60 percent of the total, at €14.3 billion.

However, the investment manager described the €24 billion debt funding gap as “relatively modest” when compared with estimates made at the height of the covid-19 pandemic, and the funding gap witnessed in the aftermath of the 2007-08 global financial crisis.

In September 2020, the firm estimated as much as a €90 billion refinancing shortfall for loans maturing in the UK and Germany between 2020 and 2023, at a time of high uncertainty for the supply of debt finance.

It also pointed out that the latest debt funding gap estimate is significantly below the £70 billion (€80 billion) identified for the UK alone following the GFC. It said the current financing gap is narrower compared with the GFC because of stricter bank regulations, more conservative acquisition LTVs and “less severe” capital value declines than those witnessed in the wake of the 2007-08 crisis.

The 2023-25 shortfall will be bridged by a combination of equity top-ups, junior debt plugs, loan extensions and restructurings, loan write-downs and discounted loan sales, predicts AEW.

Hans Vrensen, managing director, head of research and strategy at AEW said: “Greater transparency in the European commercial real estate loan market confirms that a significant re-alignment is underway. All-in interest rates have doubled on the back of five-year swap rates over the last nine months, the highest level since 2013.

“As a result, refinancing issues will return to the forefront in the next three years as refinancing LTV ratios come down and margins move up. However, European real estate investors and lenders are well positioned to absorb these issues, utilising mechanisms that proved effective post-GFC.”