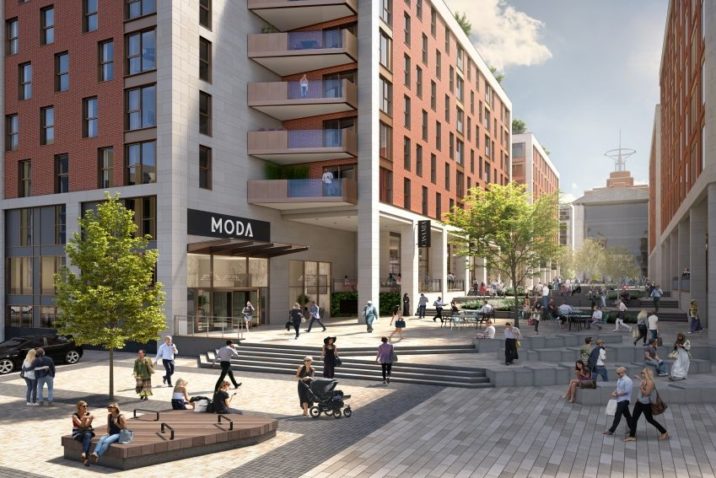 LaSalle Investment Management, the property asset manager that also lends against real estate, has demonstrated non-bank lenders’ increasing willingness to fund the development of build-to-rent residential property in the UK with its largest loan to date in the sector.

LaSalle has provided a £96 million (€114.8 million) debt facility to a joint venture between developers Apache Capital Partners and Moda Living to fund a scheme in Leeds city centre.

The four-year loan will be used to fund a £150 million 515-apartment scheme, dubbed New York Square. The scheme will be one of seven that sits in the multifamily housing platform created by Apache with investment manager Harrison Street Real Estate and insurer NFU Mutual.

“We decided to back Apache with this loan as a result of doing our own research on the residential rental sector across the UK. We identified the strongest markets in the country and Leeds came out well in the analysis,” Daniel Pottorff, managing director of debt and special situations at LaSalle, told Real Estate Capital.

“This particular scheme has a strong location and transport connections,” Pottorff added. “We see a supply opportunity in the regions, with strong demand for BTR developments in some markets like Leeds.”

With a population of more than 750,000, Leeds has one of the largest professional service and financial industries outside London. Broadcaster Channel Four’s decision to open its new headquarters has also given the city a further boost by encouraging more creative and media firms to relocate there.

However, Leeds has seen a lack of residential development since the financial crisis, leading to an under-supply of housing in the city. Purpose-built private rented housing will be “crucial” to helping Leeds capture and retain talent and boost the city’s student retention rate, Apache and Moda Living joint venture said in a statement announcing the financing deal.

BTR – known as multifamily in the US – remains a small part of the UK residential market but is a fast-growing sub-sector. Property consultancy Savills has predicted that the sector has the potential to grow to £546 billion in value. In its joint venture with Moda, Apache has a £2 billion development pipeline of over 7,500 BTR apartments in nine cities across England and Scotland.

“This is a nascent market, but demand will favour BTR in the long term,” Pottorff noted. “Potential renters will find it more attractive than converted for-sale schemes due to the right amenity offer and the right services provided.”

Pottorff indicated that LaSalle’s debt and special situations team will aim to close more deals in the UK’s BTR market. However, he said one of the challenges when financing BTR is understanding how the operational cashflows work. “There are a few comparables you can find in London, and then you need to do some careful adjustment for the regions. That’s the part where data isn’t enough to have perfect confidence.”

Other strong UK regional city markets for BTR, besides Leeds, include Manchester and Edinburgh, according to LaSalle’s research.