Masayoshi Son, the billionaire who largely bankrolled the meteoric rise of WeWork, admitted in November that he had made serious errors of judgement about the shared office space provider.

Son, chief executive of SoftBank, was an early convert to WeWork co-founder Adam Neumann’s vision to change the world through rented office space. SoftBank’s backing helped fuel WeWork’s growth, but when plans for an initial public offering were scratched in September – thereby seriously denting the workspace provider’s reputation – the Japanese investment firm responded with a recapitalisation of the company, an overhaul of its leadership and ambitious plans to stem losses.

Our latest Deep Dive, published online this week and in our winter print edition, examines how lenders are reacting to the saga. Some are jittery about their exposure to buildings occupied by WeWork. Yet such is the scale of the company’s presence that lenders against core offices are unlikely to turn their backs on it. Now the hype has dissipated, it is time for lenders to decide whether they believe the WeWork model has a stable and profitable future. It was reported in November that WeWork’s Q3 losses were up more than 150 percent year-on-year to $1.3 billion.

On 21 November, Patrick Nelson, WeWork’s head of real estate for Europe, the Middle East and Africa, spoke to property professionals at the Commercial Real Estate Finance Council Europe’s Autumn conference in London. Nelson was predictably bullish about WeWork’s future, arguing that the SoftBank deal would enable the company to execute its “very sustainable” growth plan. He demonstrated how WeWork’s strategy is now based around three core factors: its global scale enables it to attract occupiers with 500 or more employees; its use of technology allows it to create efficiencies across its portfolio; and its unit-level EBITDA margin, which he said is higher than almost any competitor’s, creates a buffer against any potential downturn.

Landlords and their lenders have heard a lot of rhetoric from WeWork in recent years about its mission to revolutionise the workspace. After its failed IPO and subsequent bailout, they will need to be convinced there is a more measured plan for the company’s future. At his CREFC conference appearance, Nelson was clearly determined to convince the audience that WeWork’s business model remains valid. But given press reports about job cuts and a review of its UK expansion plans, it is clear that its days of unbridled growth are over.

A more grounded WeWork might well eventually emerge, but SoftBank faces a challenge in getting there. Meanwhile, lenders should reassess what proportion of a financed building’s income can sensibly be derived from WeWork. They will need to be confident about the asset’s fundamentals in case finding an alternative tenant becomes necessary.

Lenders should also consider the wider evolution of flexible workspace as operators test new business models. Some foresee a hotel-style future, with operators taking management contracts rather than WeWork-style long leases. A renewed debate about the future of co-working is probably the best outcome of the whole ordeal. 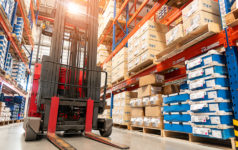 Data 24th February, 2020
Added to your Saved Articles
Loading
Unsave Article
Please confirm you would like to remove this article from your saved articles.
Share with other subscribers
Only logged in subscribers of this site will be able to access the shared article.