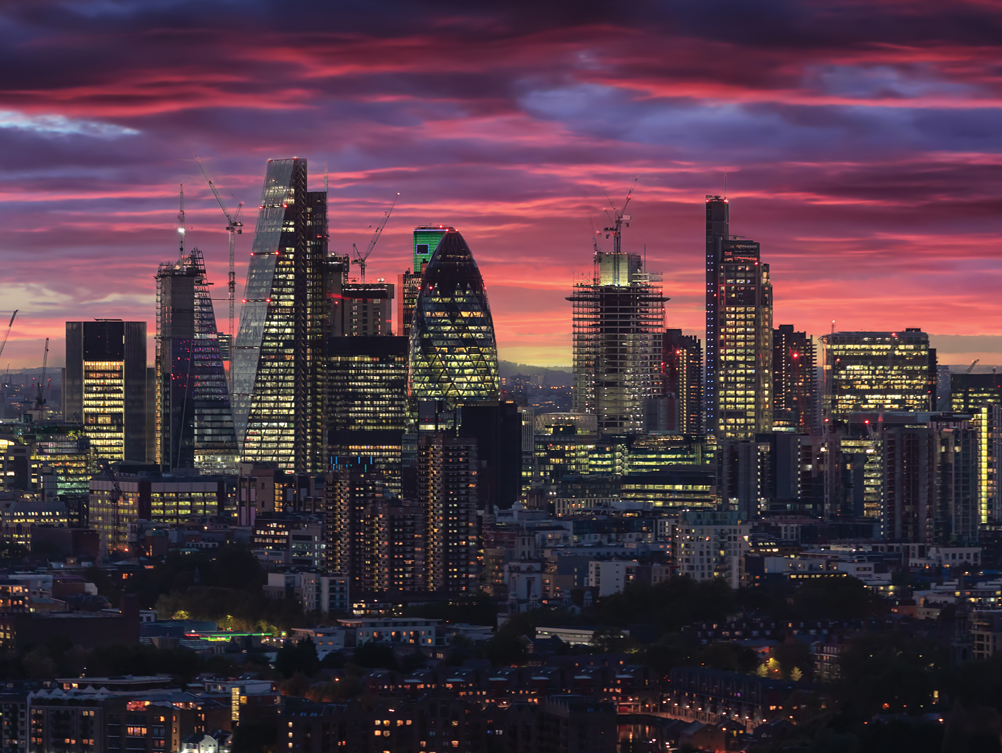 For all the Brexit-related turmoil heaped upon the UK for much of last year, the country’s real estate market ended 2019 on a relatively positive note.

Despite caution remaining the watchword among investors, transactional volumes rallied in the final months, thanks to a spike in activity, particularly among Asian investors. Property consultancy JLL had, at mid-year, revised its original forecast for investment volumes in 2019 down from £55 billion (€65 billion) to £45 billion. However, the final count showed total volumes of £50 billion, a 21 percent drop on 2018.

“Considering all the uncertainty around Brexit, things could have been a lot worse,” says Jon Neale, the consultancy’s head of UK research.

“The market was relatively robust. We also saw a fair bit of activity among players from Singapore and Hong Kong – although in the case of the latter, it was, for obvious reasons, driven more by push factors than pull.”

Lenders’ inclination to do more business was in evidence. According to the UK Commercial Real Estate Lending Report, published by City, University of London’s Cass Business School, new lending for H1 2019 – the most recent period measured – was £23.3 billion (€27.6 billion), up 4 percent year-on-year.

Speaking to Real Estate Capital, Lisa Attenborough a partner with consultancy Knight Frank and head of its debt advisory team, says she noticed “an abundance of appetite among lenders”, who doubled down to find new business, notwithstanding investor torpor at the start of the year.

“There is considerable liquidity in the UK real estate finance market, with lenders well-capitalised,” she says. “Lenders fared well, seizing core opportunities when they came up.”

However, the lion’s share of UK real estate lending in 2019 came from refinancing, rather than new acquisitions. Refinancing accounted for around 60 percent of volumes across the entire year – and 70-80 percent during the second half of the year – according to Nicole Lux, senior research fellow at Cass and author of its biannual report on UK commercial real estate lending.

“We saw a lot of refinancing – especially towards the end of the year,” says Lux. “So, in that sense, there was a lot of lending being agreed, with a lot of borrowers entering very short-term deals rather than four-year or five-year agreements.”

Record low interest rates have also kept the UK’s real estate debt market hugely competitive, adds Lux – especially when it comes to prime deals in central London. “With interest rates as they are, real estate debt is a really attractive investment,” she says. “We have seen pricing for the likes of student housing and hotels go down. A lot of lenders have subsequently moved into these areas as they have become more competitive.”

However, some asset classes would appear to be more attractive than others to mainstream lenders. For instance, London offices in prime locations have continued to perform strongly.

“The office market in London has been going from strength to strength,” says William Scoular, co-head of the structured property finance business at banking group Investec. “Demand is continually outstripping supply. Another trend we are noting is that business centre operators are becoming the new norm as businesses look for more flexible, low-maintenance options.”

Another asset class Scoular has high hopes for is industrial and logistics, which has “commanded low yields with good rental growth”. He also believes last-mile logistics will become more attractive. International investors have been seeking assets in the sector – as was illustrated in October when US warehouse giant Prologis, together with Norwegian sovereign wealth fund Norges Bank Investment Management, acquired a logistics property on the outskirts of west London.

“The repositioning of retail warehousing as last-mile logistics will remain a focus,” Scoular says. “Consumers will continue to demand ever shorter delivery times, which, coupled with the challenges facing retailers and other e-commerce companies will lead to increased interest in the urban logistics space.”

Of all the asset classes, retail has fared the worst in recent years, as evidenced by the growing list of UK retailers resorting to company voluntary arrangements and being placed into administration. Lenders remain extremely wary of providing loans to owners of retail assets, although some in the market expect to see valuations in the sector bottom out this year.

Scoular believes the challenges to retail present opportunities for investors and developers: “For example, we are seeing a number of shopping centres within Greater London being acquired for repurposing into residential, offices and retirement living.”

According to JLL’s Neale, retail – having endured negative capital growth of -10 percent in 2019 – has “passed peak pessimism”.

“People are still wary that some assets are just not going to work, whatever you do with them,” he says. “Although, with retail, it ultimately depends on what it is, where it is, who the owner is, and what the plans are for management.”

Most agree that the result of the December general election, in which the Conservative Party secured a parliamentary majority – and effectively broke the Brexit impasse – has soothed the nerves of investors.

JLL’s prediction that UK real estate investment volumes will reach £55 billion in 2020 even suggests bullishness around a Brexit bounce back.

The UK leaving the EU after three and a half years of uncertainty “provides more clarity for investors looking to move back into the market,” says Neale.

“That said, with the deadline to secure a new trade deal by the end of 2020, the situation could become dicey again as we get closer to that date. It will be a year of two halves.”

Shripal Shah, the UK head of real estate finance for Allianz Real Estate, the property business of German insurance firm Allianz, agrees that a level of uncertainty persists: “While I would say that the election result was welcome from a real estate perspective, I am not sure there is enough clarity around Brexit yet to provide hope of a bounce back.”

There is also much speculation in the market over whether continental European lenders – German banks, in particular – will make a return to the UK market, having pulled back amid concerns around Brexit.

Shah does not expect to see a substantial change in the banks’ appetite this year: “While it may be the case that some lenders are looking to get back into the market, it is too early to see evidence of any increase in lending. They are still more focused on continental Europe.”

German bank pbb Deutsche Pfandbriefbank is one lender that has expressed caution over the UK in recent years due to Brexit uncertainty. When asked whether it will increase its UK lending, Thomas Köntgen, the bank’s deputy chief executive officer for commercial real estate and public sector clients, gave a tempered response.

“The UK remains a strategic core market for us,” he said in a note sent to Real Estate Capital. “However, we will continue our careful approach given the ongoing uncertainties.”

Lux, however, is hopeful that 2020 will see significant activity by European banks, as well as the continued growth of non-bank lenders. “Margins are very attractive for non-bank lenders, especially,” she says. “I think we’ll see the arrival of new debt funds in the UK, which could fare quite strongly.”