This article is sponsored by Three Stars Capital Partners.

As lenders and investors emerge from the worst of the pandemic, they face another impending issue: rising interest rates worldwide are pushing debt costs up and making many debt investors think twice about the leverage and risk they are willing to take on. But with inflation also running at record highs, there are real opportunities to take advantage of strong business cases, and the fact that wages are yet to catch up in many markets is a positive factor.

Milan-based debt and equity advisory firm Three Stars Capital Partners is behind many of Italy’s most significant real estate debt and refinancing deals, as well as advising clients across the rest of Europe and in the US. Mauro Savoia, chairman and CEO of the company, discusses how his clients are balancing the need to show caution in a high-interest environment and the desire to return to normal trading after the pandemic, as well as why he thinks the hotel sector is ripe for a post-covid bounce-back.

How has trading been in the months since we came out of the worst of the covid pandemic?

With overall transactions at around €1 billion, 2021 was a very strong year for us and 2022 has given us a strong half-year result, which has exceeded our expectations. We have closed deals across a variety of asset classes including self-storage, residential, student housing, offices and hospitality.

How is the current interest rate environment affecting your clients’ decisions?

Some investors, particularly the debt funds, are reacting to rising rates and this has impacted their appetite for leverage at the moment. From my point of view, there hasn’t been a full repricing, but there has been a reassessment of risk and, therefore, a change in how much leverage lenders are willing to give.

This has also impacted the selection of deals. To some extent, lenders are no longer looking at the deals they previously would have considered. I know of deals where lenders have walked away in the middle of documentation and have decided not to fund the loans because of the wider market situation. On the bright side, there is still a very strong interest from a lot of lenders to look at new deals, so while some discussions might get stalled, there are lenders out there that are willing to step in.

Rising rates definitely need to be considered, but we had many years where rates were not as low as they have been in the last five to 10 years. Increased rates are something everyone will adapt to. Most likely, on certain core investments, there will be different cap rates – those will soar.

There is no reason to overreact in my opinion; after all, in the past, banks were lending at 80 percent LTV, while Euribor was at 3 percent to 4 percent. I think that once rates increase to the new stabilised levels, the market will adjust to the new norm. But in the short term, because of the lessons we learned in 2008, it is only normal to expect a little caution by lenders.

Do you think that will change if rates rise again?

There is a question mark over how much interest rates will rise because there has been very high inflation, but equally it seems most economists are afraid there could be a recession, in which case inflation will slow down and, consequently, so will interest rate raises.

Since some lenders get their funding in the capital markets, there is significant sensitivity to what happens in the stock market. The stock markets have reacted heavily to the changes in the last few months.

We are just looking at our slice of the economy and we believe this will not create big issues going forward. The real risk is a partial repricing of underlying real estate, which would inevitably create pressure on the financing market. In the meantime, I think people will continue to be alert until they see that regulators begin to relax.

On the other hand, a lot of the change at the moment is linked to inflation, which is very good for real estate in general because of its relationship with rents. If this situation of low rates and sustained inflation goes on, even if not for a long period, there will be clear benefits for anybody that owns real estate because they will already be locked into the financing while enjoying the rise in revenues.

In the short term, for existing owners of assets and lenders of loans that are well hedged, these factors constitute a good situation. Clearly inflation is going to be reflected in higher rents and, in the case of operating businesses, it will allow higher revenues since you can increase prices, but usually labour costs take a while to catch up.

What is lenders’ attitude to leverage at the moment?

It is interesting how the dynamics work: if you have a commercial bank doing a deal, it is clearly priced at a much cheaper margin, but often you have to account for a much longer time to close and a lengthy approval process, which leaves a lot of uncertainty, especially with certain banks. There are other banks that can streamline the approval process, but generally it is quite complicated.

The imminent question is whether investors want something quickly, priced at a higher margin, potentially with a better amortisation profile, or whether they want a lower margin loan with heavier amortisation requirements that leave them hanging for a few months. That is the choice investors will have to face. 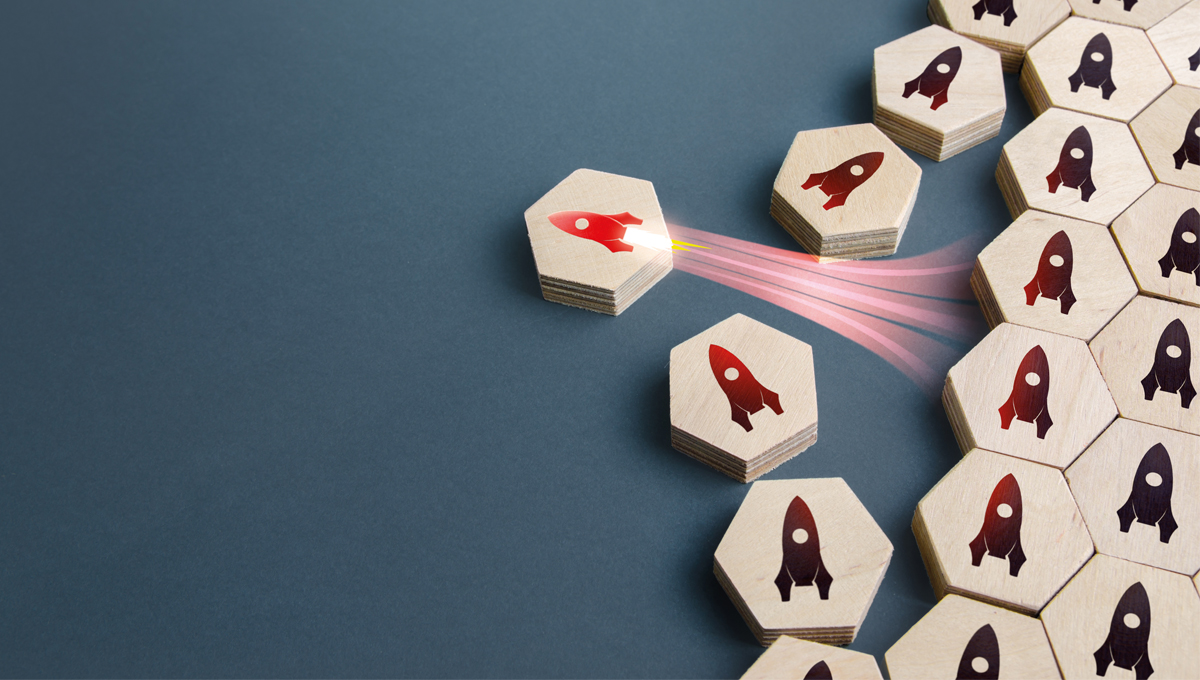 Are there particular sectors that you think will benefit from current conditions?

In the hospitality business, especially if you have a luxury high-end hotel, you are benefiting from a situation that hasn’t been seen in many years. Room rates have gone up incredibly across Europe, as well as occupancy. The cost of food and eating out has also increased everywhere, and although that is being compensated partly by higher energy costs, the labour costs haven’t moved heavily yet.

Most of our clients active in this sector are acquisitive at the moment, so if they can find projects that make sense they will buy in hospitality. It is an asset class viewed as a winner in the next decade or so, therefore a lot of investors are trying to position themselves within it, especially in Italy. Generally, we see a lot of parties interested in buying hotel projects, mainly assets to be built or converted.

In terms of other sectors, a lot of people are interested in residential, but it is not easy to find projects with the right size located in the right area of the city; here the only other concern relates to mortgage rates, which will impact the ability of end buyers to secure the right loan. From a lender’s standpoint, there is now interest in high street retail, but not so much yet in shopping centres. Though by now it is evident which shopping centres work and which don’t, so some lenders are coming back to this asset class in a selective way.

The office space is also interesting, but lenders are not very attracted to speculative investment where there is no tenant in place. Logistics remains a focus for many investors, as well as student accommodation.