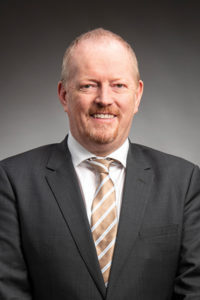 Founded in 1998, Prague-based CTP is one of the largest developers and owners of industrial and logistics property in central and eastern Europe.

Richard Wilkinson has been the firm’s group chief financial officer since June 2018. He previously spent 30 years at Erste where, in his last role, he led its commercial real estate business.

He spoke to Real Estate Capital about being a borrower in the central and eastern European market.

Why did you decide to refinance your entire Czech portfolio?

One loan rather than 40 is a lot easier for us to manage. It allows us to significantly streamline and simplify our administrative processes.

By pooling the cashflow on income-producing assets, we reduced risk for the banks and were able to get a very attractive development facility.

This means we can offer banks coming into the syndicate the choice of either income-producing assets or slightly higher-margin development loans.

Is there a liquid debt market for central and eastern European real estate?

There is a deep and liquid market for good-quality projects from experienced developers and investors.

The €1.9 billion facility proved there is debt for high-quality assets in good locations. In addition to the banks active in the region, there is significant interest from German banks and growing demand from insurance companies.

“The €1.9bn facility proved there is debt for high-quality assets in good locations”

The banks have got a lot better at being more selective about what they will finance than was the case during the last cycle. They have also kept their discipline since they started ramping up lending again five years ago.

We have a clear focus on buying and developing property in prime locations, leased to strong tenants. Because of that, we have always found plenty of supply from the banks.

How expensive is real estate debt in the region?

For instance, Polish regulations are relatively restrictive for lenders, which makes borrowing money in Poland more expensive than in the Czech Republic – although, economically, the two countries are similar.

It also depends on how the risk of the country is perceived by foreign lenders and how the local banking sector is capitalised.

In western Europe – say Germany, where the banks are over-capitalised – financing is very cheap. If you are in smaller markets where there is less liquidity and less capital, it is a lot more expensive.

Why do you see industrial and logistics in the region as a growth sector?

So far this year, CTP’s property portfolio has grown by around 13 percent. This has been driven by the growth in demand for industrial and logistics properties, which in turn has been a consequence of the increase in e-commerce. Another global factor is the atomisation of production chains, which generates efficiencies because production becomes more specialised. It also requires more space than before.

Although there has been a massive catch-up in the region over the past 20 years, there has still been a lot less development of industrial and logistics property, compared with western Europe. So, if you look at criteria like square metres per capita or GDP per capita, you can expect the sector in this region to grow a lot faster than in the rest of Europe. As GDP grows, so does demand for logistics space.

Our strategy is to take advantage of that and offer our tenants the potential to grow in best-quality industrial properties.