UK for sale
The spectacular collapse of the pound following UK chancellor Kwasi Kwarteng’s tax-cutting budget reflects investor fears for the UK economy, which many real estate lenders and borrowers no doubt share. At press time, £1 was worth $1.07. As Susannah Streeter, senior investments and markets analyst at financial services firm Hargreaves Lansdown, put it on Tuesday: “Trading is still set to be volatile, with confidence in government’s economic management of the UK shredded.”

One potential consequence for UK real estate is an influx of overseas bargain hunters. Speaking to PERE, Manish Chande, senior partner at real estate fund manager Clearbell – which itself this week announced a west London office sale to a Saudi buyer – said the fall of the pound against the dollar implies international investors can effectively acquire assets for 25 percent less. “Whilst investments are commitments for the future rather than the present, we’re unlikely to see much upward movement in the pound over the next 12 to 18 months, and you would expect funds to be taking advantage of prices over that period. International investors must be eyeing the situation with interest,” he said.

Mortgage woes
On Monday, as the pound hit a record low against the dollar, Bank of England governor Andrew Bailey said the Bank “will not hesitate” to raise interest rates “by as much as needed” to return inflation to its 2 percent target. Traders are now pricing in a 1.5 percentage interest rate increase in the UK, to 3.75 percent by November, according to the Financial Times.

The prospect of a sharp rate rise has had consequences in the UK residential mortgage market. According to reports, a raft of lenders including HSBC and Santander have suspended mortgage deals for new customers. The rising cost of debt is causing anxiety in the residential market that repayments may become unaffordable for swathes of homeowners. Concern is echoed in the commercial real estate lending space, where debt costs have already increased considerably, prompting fears that some sponsors will struggle to service their debt.

Big City deals
Despite concerns about the UK economy, there was evidence of confidence this week from lenders to, and buyers of, prime London real estate. CoStar News reported [subscribers can read here] that US lender Bank of America has provided a £1.25 billion (€1.4 billion) financing for AXA IM – Alts for its 22 Bishopsgate skyscraper in the City of London, which completed in 2020. While the deal is not reflective of the wider market, it demonstrates appetite for trophy assets owned by major sponsors.

In a separate deal, listed UK property company Landsec confirmed the £809 million sale of the 21 Moorfields office development, also in the City, to a vehicle managed by investment group Lendlease. Landsec will retain responsibility for completing the scheme. In that deal, 10-year senior debt was provided by insurer Rothesay Life.

AXA re-org means more property promotions
For the second time in three years, AXA Investment Managers has rearranged the human capital of its Alts division, and for the second time with real estate executives promoted. Timotheé Rauly [his profile here] and John O’Driscoll [his profile here] have been elevated to global co-heads of real estate as part of AXA’s new business line organisation structure. The set up now segregates real estate from infrastructure and includes alternative credit, natural capital and impact investments departments, as well as a department called Chorus, which operates its hedge funds.

AXA formed the Alts division in March 2020, promoting Isabelle Scemama [her profile here] to lead the unit. In an announcement on this latest structure, Scemama said: “This evolution of our organisation represents the logical next stage of our plans to continue accelerating the profitable growth of our business, while becoming more agile and attuned to the evolving needs of our clients.”

Mind the refinancing gap
Given the decline in lender sentiment towards commercial real estate, AEW Europe has attempted to quantify the extent of the shortfall between the amount of debt due to be repaid in the coming years and the amount of new debt available to repay it [see coverage here]. In a research report, the investment manager identified a cumulative debt funding gap of €24 billion across the UK, France and Germany between 2023 and 2025, and said lenders were likely to reduce loan-to-values to 45 percent to 50 percent during the remainder of the year.

While it said “significant refinancing problems” could be triggered by lower LTVs and capital values, it described the funding gap as modest compared with that seen following the global financial crisis. Nor is the figure as big as the near-€90 billion refinancing shortfall it estimated in a September 2020 report that the UK and Germany faced at the height of the covid crisis.

Swedish shortfall
Sweden is one European market recently identified as subject to higher refinancing risk. In a research note this week, Moody’s Investors Services said property companies’ market funding costs have increased sharply due to investor caution towards the sector, plus the Riksbank’s 1 percentage point rate rise on 20 September, to 1.75 percent.

ESG challenge
Real estate fund managers are becoming more bearish about the industry’s ability to attract new capital on the back of incorporating ESG factors, according to the results of an annual survey conducted by accounting firm Auxadi. Fifty-two percent of the 100 managers surveyed across the UK, continental Europe and North America said overall assets under management would fall as a result of the trouble firms have had in incorporating ESG factors into their processes. In the 2021 survey, only 40 percent of those surveyed believed AUM would fall.

“This paints a concerning picture of the real estate industry as it struggles with the reality of ESG investment in the face of complexities of implementation, meeting increasing levels of regulation and a possible global recession,” said the report. 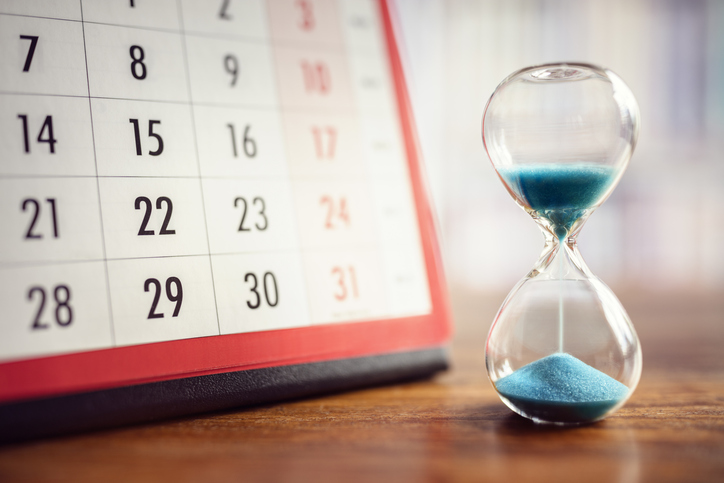 Don’t miss the chance to make a submission!
The deadline for submissions for the 2022 edition of our list of Europe’s top real estate lenders is fast approaching. To make a submission, please fill in the dedicated form, which you can find HERE, by midday, UK time, Friday 7 October.

Europe’s Top 50 Lenders 2022 will be published in our winter edition and online on 1 December. For our editorial team to make the right selections for the list, we need you to provide information about your activities since 1 December 2021, when the list was last published (see the 2021 iteration here). The more key information we have at our fingertips, the more likely we are to be convinced your firm deserves a spot in the list. Over to you…

Hotel market challenges
According to consultant JLL’s Global Hotel Investor Sentiment Survey, 80 percent of investors plan to be net buyers of hotels in 2022. However, most respondents expect their debt costs to increase relative to the beginning of the year.

AIPUT lands £350m Wells Fargo loan
Last week, UK manager abrdn’s AIPUT fund – Airport Industrial Property Unit Trust – announced the completion of a £350 million (€392 million) senior secured sustainability-linked credit facility, arranged and underwritten by US bank Wells Fargo. AIPUT, which owns and manages airport and air freight-related industrial properties at UK airports, said the credit facility strengthens its financial firepower for its acquisition programme. The facility comprises a term loan and a revolving credit facility, with an initial committed term of five years. As part of the deal, ESG-related key performance indicators have been agreed, which will result in either a discount or increase to the margin, depending on AIPUT’s achievements.

“Wells Fargo were able to offer a very attractive and efficient solution through a full initial underwrite of this large facility at competitive pricing, which right-sizes AIPUT’s debt provision for the coming five years in line with its current debt strategy,” commented Nick Stoneham, head of real assets debt finance at abrdn.

Today’s Term Sheet was prepared by Daniel Cunningham, with contributions from Lucy Scott and Jonathan Brasse