Raimondo Amabile, global chief investment officer at manager PGIM Real Estate, speaking to the Financial Times [read here – paywall], says there is still finance in markets such as Milan and London, but costs are two to three times what they were a year ago.

Locking in low
A consortium of international banks, led by China Construction Bank has agreed to provide a €440 million syndicated loan facility to Belgian-listed logistics investor and developer WDP. The seven-year loan has an effective interest rate of 1.5 percent, owing to a hedging instrument that was put in place at the start of the year. The rate is equivalent to the interest rate it secured in April, on a €500 million US private placement of green bonds, that was supported by eight international lenders. The proceeds of the loan will be used to fund WDP’s pre-let real estate developments and sustainable investments.

WDP chief financial officer Mickael Van den Hauwe said the funding rewarded the company’s “financial prudence” in the running of its €6.4 billion portfolio in the Netherlands and Belgium. Earlier this month, WDP received first-time issuer credit ratings by Moody’s and Fitch – both acknowledged WDP’s consistently high occupancy and focus on cashflow rather than valuation.

Tapping the bond market
After months of capital markets uncertainty, companies in Europe are again turning to the bond market as investor appetite returns [read Reuters on the subject here]. Logistics real estate owner SEGRO is among them, this week announcing its first sterling issuance since 2017 in a six-times oversubscribed transaction. The company announced it has launched and priced £350 million (€406 million) of senior unsecured 19-year bonds, priced at 175 basis points above UK gilts, with an annual coupon of 5.125 percent.

SEGRO said the transaction, carried out under its medium-term note programme, increases the fixed element of its interest rate exposure to 78 percent – or 86 percent including interest rate caps. Soumen Das, SEGRO’s chief financial officer, said the issuance provides long-duration liquidity to fund its development pipeline. He added the company has been able to raise £2.1 billion of long-term funding, including for its SEGRO European Logistics Partnership, this year at an average cost of debt of 3 percent and an average duration of almost nine years.

On the fundraising trail
LendInvest, the London-based specialist property lender, is busy bolstering its coffers. This week, the firm announced it is launching an open-ended fund, with more than £200 million (€231 million) of investor capital already committed, against a target of £300 million. With the fund, LendInvest will stick to the strategy of its previous flagship fund – short-term loans for bridging and development in the UK residential property industry. In addition, the firm last week announced the launch of a green bond framework, aligned with the International Capital Market Association’s Green Bond Principles, which will enable it to issue green bonds for the exclusive use of financing the construction of, and investment in, qualifying green assets in the UK market. The fund launch and framework announcement demonstrate the methods in which specialist property lenders, which tend to focus on the smaller loans market, are approaching capital-raising.

A green advantage
MSCI has found that the premium commanded by sustainable offices in Paris and London is accelerating. It said offices that have green ratings, such as BREEAM, LEED or HQE, now have a price advantage versus those that do not – of 35 percent in Paris and 25 percent in London. The data provider said that while a premium for sustainable buildings has been in evidence since 2016, this was accelerating as buyers and occupiers place a greater emphasis on reducing carbon emissions.

Chip was a well-known figure in the industry, regarded widely as charismatic. The native Texan, who had made London his home for 15 years, was also known for his warm manner, impeccable ‘Southern’ politeness and infectious enthusiasm. One tribute described him as a “true gent, who will be very much missed”.

Prior to joining SitusAMC in 2013, his real estate career included a decade at JPMorgan in Germany and then London, prior to which he worked for Lend Lease Asset Management in Seoul and Taipei, and in various banking and asset management roles in Texas. In its announcement, which can be read in full on LinkedIn here, SitusAMC said: “Chip was a larger-than-life character who brought a zest for life and boundless energy, enthusiasm, positivity and devotion to his work.”

Best of a bad bunch
AEW says the UK is the most attractive country for real estate investors to be in the months ahead. In its 2023 European Outlook, the manager said the market had the best prospects on a relative basis over the next five years, citing Brexit and early rate hikes by the Bank of England as keeping UK bond and property yields at higher levels in recent years compared with continental Europe.

Of 168 markets covered in its research, 47 were classified as neutral and five as attractive. London and Stockholm shopping centres, Berlin and Copenhagen logistics, and Paris light industrial were identified as the five attractive markets out of those analysed.

Five key items
Our latest quarterly issue hits subscribers’ desks this week, with key content appearing on recapitalnews.com from 1 December. Here are five essential reads to keep an eye out for.

A grim picture
According to David Dahan, industry initiatives director at CREFC Europe, the results of the industry body’s Q4 sentiment survey presents a “pretty grim picture” of real estate debt professionals’ views on the factors influencing the market. By sector, sentiment towards offices was at its worst since the survey was launched. 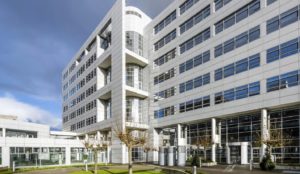 Tristan sources The Hague financing
Private equity real estate firm Tristan Capital Partners has secured a €64.4 million loan from the German lender Münchener Hypothekenbank for an office asset in The Hague it purchased earlier this year. Tristan’s EPISO 6 fund bought the asset in July, with its partner Timeless Investments, an Amsterdam-based family office. The 313,000-square-foot property is Siemens’ Netherlands headquarters and is mostly occupied by the manufacturing firm.

Nicole Jürgensen, head of international clients – commercial real estate financing at MünchenerHyp, said the Netherlands was the bank’s most “important foreign market”. The office is situated in the Dutch capital’s central business district, within walking distance of the intercity train station and has LEED Gold and LEED Platinum certifications.