“There is money to be made anywhere in the capital stack”

New year, new entrant
North American managers continue to view European real estate lending markets as an opportunity. According to Jay Kwan, head of Europe at QuadReal Property Group, the Vancouver-based manager had long-held ambitions to expand its real estate credit activities into Europe. However, the “current market dislocation” made the decision to do so now more enticing, he explained.

This week, it was announced that QuadReal bought a stake in London-based lending platform Précis Capital Partners – rebranded as Precede Capital Partners – and has committed up to £1 billion (€1.1 billion) to its UK residential development financing strategy. Globally, QuadReal, which invests on behalf of the investment manager of the British Columbia public sector pension plan, has C$10 billion (€6.9 billion) of real estate debt assets under management. According to Kwan, growth in European lending markets could be on the cards, meaning another significant player has entered the fray. Read more here.

When debt does not make sense
Edmond de Rothschild Real Estate Investment Management this week announced it had sourced £42.3 million of debt for a built-to-rent development in Birmingham. But it could potentially be the last development financing it procures for its UK residential fund this year.

James Whidborne, head of fund management, residential UK, at Edmond de Rothschild, told Real Estate Capital Europe the Birmingham deal was a long time in the making and done with a ‘relationship’ lender. However, looking forward, he added the cost of development finance is close to parity with the fund’s target return of 8 percent: “So, it just doesn’t make sense to us to use debt. We’re close to negative leverage.” The comments highlight that, in a period of rising rates, debt financing is not always accretive. Read more here.

Corestate’s debt-to-equity swap
Corestate Capital, the Frankfurt-listed property company with €17.3 billion assets under management, last week said it has met the conditions set out at a creditors’ meeting in November, at which a proposal by bond investors was approved, enabling the company to proceed with plans for what it terms as a “sustainable restructuring”.

Following a lock-up agreement with major shareholders and a group of large bondholders, and a change in Corestate’s board, the company is now authorised to increase its share capital by up to €15 million with the issuance of up to 200 million shares. Corestate intends to use the capital, among other things, to execute a debt-to-equity swap, enabling it to continue as a going concern.

Nothing changes but the name
It has been more than two years since fixed-income asset management giant PIMCO officially assumed oversight of Allianz Real Estate, on behalf of their parent, the German insurer Allianz. The move created a real estate behemoth with a combined assets under management that stands today at more than $190 billion, with both businesses benefiting from shared third-party distribution capabilities.

Despite the move by Allianz, Allianz Real Estate and PIMCO’s opportunistic real estate functions continued to operate separately, although they have taken a micro-step closer with Allianz Real Estate poised to relinquish its brand in favour of PIMCO Prime Real Estate. The rebranding, effective 1 March, is an effort to reflect “the ‘prime’ aspects of the assets it manages”, according to a memo shared with affiliate title PERE. “PIMCO Prime Real Estate will continue to operate independently and under its own business model as a specialised team within the broader PIMCO real estate platform, including its management of Allianz’s real estate mandates – one of the world’s largest real estate portfolios.”

Sweden’s bond maturity woes
Some of Sweden’s largest property companies are being forced to seek alternative sources of financing in the face of SKr100 billion (€9 billion) of bond maturities due this year. The country’s domestic corporate bond market has been a significant funding source for real estate companies in recent years. But the bond markets have become increasingly inaccessible as the cost of bond debt has escalated and investors have left the market due to wariness about the resilience of property, despite the prospect of higher returns. A constrained banking sector means solutions will need to come from other sources.

“The big real estate companies will seek to push their debt into the banking system, and I think that the banks there have been accommodating so far. But the question is whether [the banks] can take on as much debt as is out there. Potentially we could see alternative debt investors approach the market. I think that could help. We might end up in a scenario where that type of option will prove very crucial,” says Marcus Gustavsson, a credit rating analyst at Nordic Credit Rating. Look out for full coverage this week on recapitalnews.com. 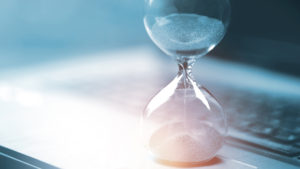 Voting closes on Friday
There is not much time left to vote for the Real Estate Capital Europe Awards 2022. The deadline for voting is midnight UK time on Friday, 13 January. The 2022 awards are our biggest yet, with 37 categories for banks, alternative lenders, borrowers and advisers to contest. Included for the first time are dedicated sector categories and our first award recognising social impact financing. Now is your opportunity to endorse the efforts of the industry’s best. To register your vote, visit our dedicated awards page HERE. Don’t miss out!

Big deal dearth
Investment volume in the German residential market during the first nine months of 2022 – at €10.2 billion – was around half of what it was during the same period in 2021, owing to a steep drop in large transactions, according to BNP Paribas Real Estate. The consultancy said the 250 deals registered in the sector during Q1-Q3 2022 was the second highest of the past decade. But a low number of deals of more than €100 million was “responsible” for the below-average volume. 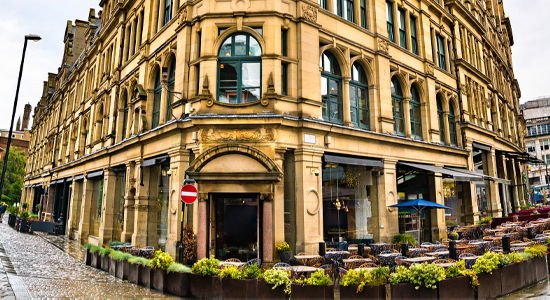 Bridging gaps promptly
London-based specialist real estate lender Cohort Capital this week announced it has provided a £45 million bridge loan to a private investor that bought the historic Manchester Corn Exchange. The facility was secured against the 141,000-square-foot, grade II listed building, as well as a portfolio of other mixed-use UK assets. Advisory firm Westfort Advisors acted for the borrower.

The short-term loan provides financing while the borrower sources senior, term-loan financing this year. The Corn Exchange comprises a restaurant and leisure venue, plus an aparthotel. The former market hall was built between 1896 and 1903 but redeveloped in 2017.

Matt Thame, the former investment director at developer SevenCapital which founded Cohort in 2019, believes there has been an increase in situations where lenders have not performed on their initial debt terms. He said the London outfit managed to originate the bridge loan quickly to enable an example of “acquisition opportunities which have real deadlines attached”.