Forced sale alarm
Economic advisory firm Oxford Economics has warned that “dangerously low” interest coverage ratios are fuelling an increased risk of forced sales, with the UK office and retail sectors the areas of greatest concern. A briefing paper by the consultancy, published on Tuesday, said ICRs for UK offices acquired in 2018 would be below 1.0 in 2023, posing a “huge risk to real estate stability”. However, ICRs in France, Germany and the US were also expected to be “very low” in 2023. It is also predicting loan shortfalls of up to 40 percent at refinancing for UK retail and expressed concerns for the sector in France, Germany and the US. “The situation at refinancing looks untenable without debt costs retracting,” it added. Read more here.

A “huge” opportunity for some
UK-based manager Fiera Real Estate launched a pan-European debt business this week with £250 million (€285 million) in seed commitments as it manoeuvres to capitalise on what it sees as a “huge” opportunity to provide senior secured credit. Charles Allen, head of Fiera Real Estate UK, told affiliate title PERE it expected to close on its first European real estate debt deal in early 2023. He added: “There’s a fantastic opportunity to be able to come in as an alternative lending source at a slightly higher LTV to fill in some of the capital hole that the sponsors have got and be able to make a very good risk-adjusted return on a core-plus style asset.”

London Wall targets £1bn
UK alternative lender London Wall Lending, which is part of the multi-family office London Wall, has spelled out its growth ambition. The firm is aiming for a £1 billion lending target by the end of 2023, after announcing it has supplied more than £500 million of development finance for UK projects. In recent months, it has implemented a growth strategy with a focus on commercial and living sector loans, with facility sizes of between £25 million and £80 million. Ned El-Imad, partner at the firm, said the market is still underpinned by strong fundamentals, despite the “difficult operating conditions at present”.

Aeon opts for CLO
In the US, the issuance of commercial real estate collateralised loan obligations is relatively common. Through these securitisations, debt fund lenders can securitise pools of short-term, floating-rate loans. However, commercial real estate CLOs have been largely absent from the European market since the global financial crisis. A transaction issued by UK-based Starz Real Estate last year suggested lenders this side of the Atlantic may explore the financing option again [read more here].

Last week, London-based credit-focused investment company Aeon Investments announced it had closed a £900 million CLO warehouse, in a further example of the market’s potential being explored. The company said its first CLO warehouse in the UK is backed by three loan agreements, funded through Aeon’s balance sheet and a three-year revolving senior warehouse facility provided by Credit Suisse. Aeon added it expects to issue three CLOs in the next two to three years.

A quiet quarter
Next week, MSCI, the investment research firm, will publish its global investment figures for the third quarter of the year. But in a newsletter last Friday, Savills said the report is likely to show a significant cut in global investment activity. According to the real estate adviser’s estimations of MSCI Real Assets’ figures, transactions, excluding development, were down by around 40 percent on the year, and 15 percent down on the pre-covid five-year average.

Double the fun
In the US market, debt service coverage ratios, a key metric used to assess the risk profile of loans, are once again becoming an increasingly important metric for lenders and borrowers – like ICRs are in Europe. “Coming out of the global financial crisis, the biggest change among lenders was probably moving from debt service coverage ratios to debt yields as the primary risk measure for commercial mortgages,” Will Pattison, head of research and strategy at New York-based manager MetLife Investment Management, told affiliate title Real Estate Capital USA. “Today, we are seeing somewhat of a reversal in that debt service coverage is becoming equally important to debt yield.” The bottom line: two is better than one when assessing underwriting risk. 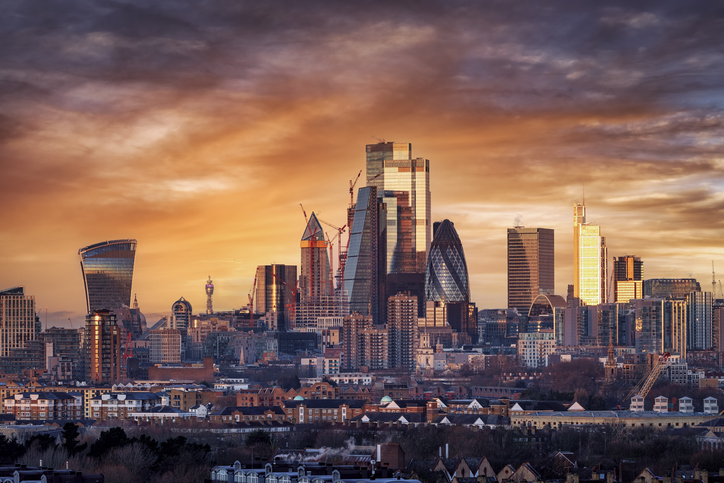 A strong start, before it all went wrong
The mid-year 2022 Bayes Business School UK real estate lending report is published today, revealing the state of the UK property financing market to the end of June. Click here for full coverage of the report, and below are five key takeaways.

Leumi hires hotels veteran
Specialist lender Leumi UK, the British subsidiary of Israel’s leading international financial group, has hired hotels expert Tony Burnell as a portfolio director on the company’s hotel finance desk. Burnell spent over 41 years at UK bank Lloyds, nearly 17 years of which were spent as relationship director of Lloyds’ hotels team. “The hotels sector has had a turbulent time since 2020 but it’s been great to see the industry get back on its feet and lending activity pick up again,” he said.

Brown deficit
Office development activity does not meet the rising demand for green offices in several European cities, according to Savills. The adviser has found that Madrid, Amsterdam and Barcelona have the highest proportion of ‘brown offices’ – which it defines as stock built before 2010, after which many governments’ energy efficiency standards tightened.