“Remote work is no longer acceptable”
The subject line of an email sent to staff by Elon Musk, founder of Tesla and The Boring Company, demanding all employees return to work in its offices and factories

A European debt fund debut
Invesco Real Estate has launched its first debt fund in Europe. The US manager entered the European property credit market in 2020 with the acquisition of the real estate debt business of Swiss manager GAM [read more here]. Invesco said it has undertaken €150 million of lending across the UK and Europe to date, including originating the first loan for the fund, which finances French and Spanish logistics facilities.

Invesco is aiming to raise €1 billion by the second half of next year for the fund, which is an open-end vehicle – relatively rare in the European debt market. Andrew Gordon, head of European real estate debt, commented: “The feedback we received from our investors was that they would like to invest in a fund in which they could keep their capital for an extended length of time, as opposed to a closed-ended vehicle, where the money is returned relatively quickly.” Open-ended vehicles, said Gordon, are also appealing to borrowers because they allow lenders to provide loans across each part of the lifecycle of an asset.

Invesco plans to deploy the capital against sustainable assets through stretch senior, whole loan, junior, and development facilities of between €25 million and €150 million.

Third time’s the charm
In the private equity real estate fundraising market, Houston-based manager Hines raised €900 million in the first close for its European Value Fund 3 after launching the vehicle in February with a €1.5 billion target. All Fund 3’s commitments so far have come from European investors, with the expectation that US, Asian and Middle Eastern investors will commit during the remainder of this year and into 2023, according to a release.

The firm has raised more than €2 billion in the region, with additional capital raised from its core and recently launched core-plus funds: Hines European Core Fund and Hines European Property Partners.

The firms formed a relationship during the pandemic, with Iconiq investing in a number of Madison’s funds, a source told affiliate title PERE. Madison has had its biggest year yet, with $6.4 billion of new transactions. One of the drivers behind the deal is believed to be growing investor interest in US debt strategies, with the once niche asset class filling a bigger bucket within institutional portfolios. 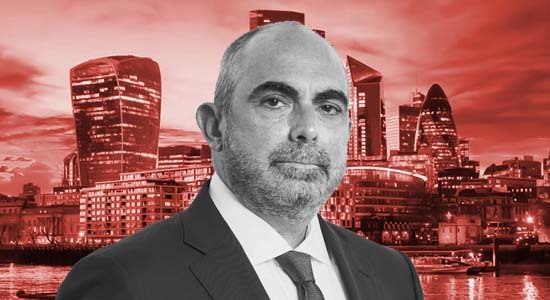 Farinola, who has held debt roles at Goldman Sachs and BlackRock during his career, joined Brookfield in June 2020 to grow its European property lending activities. In an August 2020 interview, he said Brookfield believed the market share of alternative finance providers in Europe will keep increasing. Delancey’s appointment of Farinola suggests the firm also holds a positive view of the growth potential in European real estate lending markets.

In the firm’s announcement, Farinola said: “We see a compelling market opportunity to further grow Delancey’s real estate debt business over the next few years, expanding the mezzanine platform and broadening our offer further into senior lending and other credit products and markets.”

Throssell takes NREP CFO role
Nordic real estate investment manager NREP this week announced a new chief financial officer as it grows its business. The company has hired Colin Throssell [his LinkedIn profile here], a well-known figure in real estate finance circles. Throssell was previously head of real estate in Europe for US-headquartered manager Nuveen Real Estate, a role he had held since January 2020. Prior to that, he was the company’s CFO from 2019. His career has also included real estate banking and structured finance roles at lenders including Erste Bank. Throssell will be based in NREP’s London office. Henrik Skak Bender, chief operating officer at NREP, said: “Colin’s arrival signals a bolstering of NREP’s financial function, which is essential as we become a bigger business with a broader product offering.”

The Class B offices conundrum
Across European markets, real estate debt and equity specialists alike are pondering the future of secondary offices. The same is true in the US market, where affiliate title Real Estate Capital USA, in its latest deep-dive piece, examines lender attitudes to Class B offices. Across most major US cities, the majority of office space is made up of outdated properties that do not offer the quality or ESG credentials occupiers are increasingly looking for. Lenders are being forced to consider whether there is a viable future for such properties. Some in the US lending community believe a period of transition, possibly a decade long, looms when Class B offices will be redesigned or repurposed. Read the article in full here.

More capital into debt
The volume of investor capital raised by the leading 20 real estate debt fund managers in Europe has steadily grown in recent years. Real Estate Capital Europe’s annual ranking of debt fundraisers [the 2022 iteration can be seen in full here] measures capital raised in the preceding five years for the purpose of lending against real estate in Europe.

Berlin Hyp’s Dutch office loan
German banks continue to finance Europe’s prime office real estate. Last week, Berlin Hyp announced it had provided a €78 million, five-year loan to UK manager Aviva Investors to finance its purchase of the FOZ office building in Amsterdam [see the announcement here]. Teresa Dreo-Tempsch, a board member with Berlin Hyp, described the Netherlands as one of the bank’s “foreign target markets”. The asset, located in the Zuidas area of Amsterdam’s business district, was completed in 2009. It was awarded the BREEAM ‘Excellent’ certificate and has an EPC Label A, which means the loan could be funded through Berlin Hyp’s Green Pfandbrief.