“We should see a flight to real estate and infrastructure, particularly operating types of real estate, like the different forms of living and hospitality sectors. That operational element helps drive income and serves as a hedge for inflation”

Schroders Capital‘s global head of real estate Sophie van Oosterom, told affiliate title PERE at the MIPIM conference last week how the adverse impacts of inflation for equities and bonds would only compound the attractiveness of real assets. 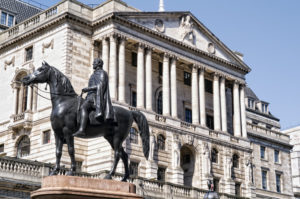 Rates on the rise
The Bank of England’s third consecutive interest rate rise, announced last week, which brought the base rate to 0.75 percent, further signalled to real estate debt market participants that the era of ultra-loose monetary policy is coming to an end. In its announcement, the Bank said Russia’s invasion of Ukraine has led to further large increases in energy and other commodity prices, and has increased the uncertainty around the economic outlook significantly.

The war, inflationary pressure and the prospect of rising rates were key topics of discussion among real estate finance professionals gathered at MIPIM in Cannes last week – read our feedback here. Although Europe’s real estate sector is moderately leveraged compared with before the GFC, there is concern that rising rates could put interest coverage ratios in some loans under pressure, with sponsor’s hedging costs also on the up. Market participants will be watching central bank policy with keen interest in the coming months.

The Fed makes its move
Underwriting across the US commercial real estate landscape is also set to be reshaped with the much-anticipated Federal Reserve announcement last week that interest rates would be ticking upward by 25 basis points [read more courtesy of Reuters here]. The increase marks the central bank’s first upward change since 2018 and will be the first in a series of six more additional interest rate bumps set for 2022.

Federal Reserve chair Jerome Powell has been telegraphing the rate hike roadmap in recent months, noting the bank is looking to counter rising and persistent inflation with the move. Inflation predictions have been muddled in recent weeks with the ongoing Russia-Ukraine conflict, priming the central bank for more interest rate increases should the pressure hinder the US economy further.

Building challenges
Record fuel prices and the prospect of further interest rate rises are the major concerns in the UK construction market, according to development finance provider Atelier, which launched in 2020 with backing from M&G Investments [read our latest coverage of its strategy here]. A survey of more than 100 developers and surveyors conducted by Atelier and Paragon Building Consultancy revealed 93 percent are increasingly concerned about the spike in fuel costs caused by the war in Ukraine. Long-term concerns are dominated by the shortage of skilled construction workers and wait times for materials.

A third of respondents reported seeing projects put on hold in the past 12 months due to build cost volatility. The prospect of inflationary pressure is weighing on developers’ cost planning – more than two-thirds are more likely to ask tendering contractors to bid on a fixed price basis. However, the survey found three-quarters of contractors are no more likely to bid for a fixed-price contract than they were two years ago. Read more about the survey here.

CMBS feels the uncertainty
In the US, the commercial mortgage-backed securities market started 2022 strongly as conduit, single-asset/single-borrower and commercial real estate collateralised debt obligation issuance surged through the end of February. But Russia’s invasion of Ukraine has created uncertainty for investors and issuers in this space. “It had been lights out in [the first quarter] of 2022 – volume was extraordinarily high – until the war began,” Manus Clancy, senior managing director at New York-based data and analytics provider Trepp, told affiliate title Real Estate Capital USA. “Since then, lending has slowed and that will likely impact issuance for the remainder of Q1 and the early part of Q2. Until fighting began in Ukraine, it was a very encouraging start to the year.”

More needed on ESG
An industry report unveiled at MIPIM last week contained a crucial message for real estate lenders – they need to do more on ESG.

Emerging Trends in Real Estate Global Outlook 2022, published by the Urban Land Institute and consultant PwC following interviews with industry leaders, found a greater urgency than a year ago around ESG and the risk of stranded assets. The report concluded that, despite a huge reallocation of capital being underway, much needs to be done – especially by lenders and regulators – if the industry is to meet its decarbonisation targets.

Debt providers, with notable exceptions, are being reactive and waiting for regulation to come in, the report concluded. “This is an industry where debt plays a huge role in the financial ecosystem. For lenders to hold back from using their influence at this crucial moment of history is a real missed opportunity”, ULI and PwC said in its announcement.

Among their comments, interviewees cited the lack of agreement about the benchmark level of carbon emissions from a building as a hindrance to financiers. They argued the industry needs to come together to work with regulators to determine what constitutes a green loan. As Real Estate Capital Europe’s coverage has demonstrated – including our March interview with Aviva Investors – there is progress in this area. The Emerging Trends report suggests there needs to be a lot more.

The war in Ukraine is a global humanitarian crisis. Estimates as of 21 March placed the death toll at over 19,000 with millions displaced. Some in the real estate industry are looking to help those affected in myriad ways. For instance, London-based MARK, a multi-asset fund manager, has organised a fundraiser [donate here] to help fund UNICEF’s efforts. More about that effort can be found on CEO Marcus Mejer’s LinkedIn.

Anthony Biddulph, head of funds placement for Europe at JLL, was even more hands on. Biddulph and his brothers delivered supplies to Przemyśl, a town on the Poland-Ukraine border. Read his personal account here. There is another link for giving financial support in the account.

If you would like to help those affected, here are some charities raising money to help the Ukrainian people and those who have fled:

What office workers want
Real estate lenders, managers, and occupiers are increasingly selective when it comes to offices. As part of a survey of UK office occupiers, law firm Irwin Mitchell asked businesses what they felt their employees now expect from and value about the office. For those working at larger companies, the law firm said modern, quality space seemed to be the priority. Read the full report here. 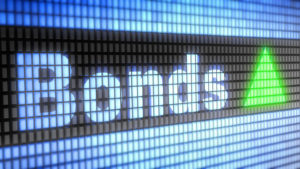 SEGRO goes big on green bonds
A major green bond issue rather than a loan is the financing deal under the spotlight in this week’s Term Sheet. In a prime example of a European real estate company raising capital through the green debt capital markets, industrial and logistics owner SEGRO last week priced €1.15 billion of green bonds last week across two tranches with coupons of 1.25 percent and 1.875 percent. The bond was six times oversubscribed, hinting at investor demand for green notes [read the full announcement here].

“The proceeds of this issuance will enable us to continue to respond to our customers’ increased requirements for modern space built to the highest levels of sustainability standards,” said SEGRO chief financial officer Soumen Das. SEGRO will use the proceeds to finance or refinance assets that fit its green finance framework, as well as for general corporate purposes. The green bond market has proved a strong source of finance for large European real estate companies in the past year, as we wrote in January when another logistics owner, P3, raised €1 billion.

Today’s Term Sheet was prepared by Daniel Cunningham, with Randy Plavajka and Will Johnson contributing.