“It is clear that 2023 will present challenges for real estate investors. The scale of yield expansion remains to be seen, and payment shocks await those seeking to refinance within the next 12-24 months”

Kiran Patel, Savills Investment Management’s global chief investment officer and deputy global CEO, outlines the year ahead in a statement to the press

A Goldman year
Goldman Sachs is rounding out the year as motivated as it began, judging by notices the company filed with the Securities and Exchange Commission. Goldman is raising capital for its fourth debt fund, following the $3.5 billion fundraise in April for its Real Estate Partners programme that saw it mark a comeback into third-party equity fundraising. The vehicle, West Street Real Estate Credit Partners IV, has already gathered $366 million from a group of 201 investors, according to trade publication Bisnow.

Its previous debt fund attracted $6.7 billion in 2017 with a strategy of originating high-yielding senior and mezzanine loans against US and European property. Goldman’s real estate credit business was launched following the global financial crisis and it has financed big-tickets, including a £875 million (€1 billion) loan in 2020 to Deutsche Finance International and Yoo Capital for the redevelopment of the Olympia London exhibition centre.

Kennedy Wilson celebrates
Los Angeles-based manager Kennedy Wilson this week spelled out its achievements in lending in 2022, despite analyst Simply Wall Street stating concerns over the company’s financial position in November. Kennedy Wilson said its real estate debt investment platform surpassed $3 billion in originations in just over two years and has a “strong pipeline of new origination opportunities” heading into 2023.

In 2022, Kennedy Wilson originated approximately $1.1 billion in loans, including $140 million in future fundings. In the fourth quarter, the firm closed more than $235 million in debt deals. Matt Windisch, its executive vice-president attributed lending success to its strategy of financing on an unlevered basis, which has enabled the team to stay active while “many traditional institutional lenders reduced their origination capacity”. He added that recent market activity had allowed the company to lend to high quality sponsors at lower leverage points with current returns improving “into the high teens”.

abrdn abandons swap
abrdn Property Income Trust has broken a swap agreement it made only weeks ago as part of a refinancing agreement that doubled its debt costs. In an update, Jason Baggaley, fund manager at API, explained that a “very significant change in the market outlook” for interest rates and swaps had occurred in a short amount of time, giving the company the opportunity to lower its debt costs and better its earnings potential.

In October, abrdn extended debt due to expire next April with an £85 million term loan over three years. This facility was subject to a margin of 150 basis points over SONIA and an interest rate swap, resulting in an all-in cost of 6.97 percent. But the replacement swap has an interest rate cap that lowers its overall costs. It will now pay interest of 4.42 percent on the loan at the current 2.92 percent SONIA rate; it will pay a maximum all-in financing rate of 5.46 percent should SONIA increase.

EQT and Sigma established their partnership in 2020 to build apartment blocks and houses for the private rented sector, at locations including the west London borough of Ealing, Enfield in the north, as well as development sites in Barking and Dagenham in the east of the capital. The homes are offered at a rent set according to each location’s average household income. Lee Franklin, director of structured real estate finance at NatWest, said the project was “wholly consistent” with NatWest’s ethos of “purposeful lending”. Find more on this story here.

Idling momentum
Senior commercial real estate debt executives from Blackstone, Goldman Sachs, GIC, Mack Real Estate Group and Starwood Property Trust are anticipating a bumpy road ahead in 2023. At New York University’s capital markets conference on 6 December, GIC’s head of real estate capital markets and credit investments, Jesse Hom, said the market is encountering some paralysis from rate volatility, inflation and geopolitical uncertainty, which could be exacerbated by a looming recession. Sectors such as office – and even an otherwise resurging retail sector – could see additional headwinds from a faltering economy if widespread lay-offs and diminished consumer spending power take hold.

Respondents said rising debt costs were causing difficulties for investors and lenders alike and voiced concern over borrowers’ ability to cover loan servicing costs. Francesco Fedele, chief executive of BF.direkt, said it would take a few more quarters before normality returned, and added: “In everyday business, we are also confronted with the glum sentiment when talking to lenders.” Read more here.

Green industrial
It is the time of year when many market participants start offering their thoughts on what the next 12 months might look like. Research firm MSCI offered its own views of a specific area of the market in its ESG and Climate Trends to Watch report. Industrial properties, it said, could require the most green attention. One-third of industrial buildings in the US are more than 50 years old and would require significant capital expenditure to retrofit. Investors, namely real estate investment trusts, the report contends, are now eligible for rebates and incentives to help with that process via the US Inflation Reduction Act. The majority of US industrial REITs, 28 of 51, found that less than 10 percent of their portfolio contained green-certified buildings, the report stated. 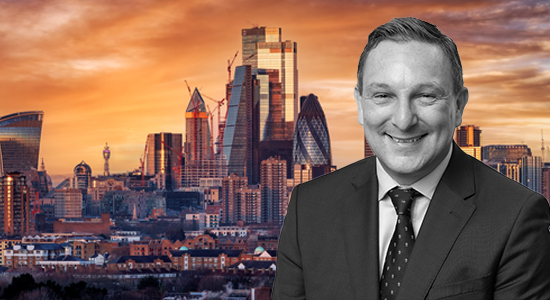 Gow takes over from Coates at CBRE
Property consultant CBRE has promoted Chris Gow [LinkedIn here] to head of debt and structured finance within its Capital Advisors business. Gow (pictured), who was previously an executive director in the unit, takes over from Paul Coates [LinkedIn here], the former head of real estate at RBS, who joined CBRE in 2018. Coates’ destination when he leaves CBRE has not yet been stated. In his new role, Gow will cover debt advisory activity across the UK and Ireland. He has a strong track record in real estate finance. Gow joined CBRE in 2020 from consultancy JLL, where he was head of EMEA debt advisory for its hotel and hospitality group. Prior to becoming an adviser, he held banking roles including at UK lender Lloyds. He takes the reins at CBRE at a time when sponsor demand for advice is likely to spike as credit conditions tighten.

Silbury appoints star turn
Grenville Turner, former chief executive of UK real estate agency Countrywide and founding director of Rightmove, has been appointed chairman of Silbury Finance, the development lender backed by Los Angeles-based manager Oaktree Capital Management. Silbury has lent £490 million in the UK retirement and residential sector since launching in 2021, with £300 million of that issued during the first half of this year. With Turner’s arrival, it now plans to “accelerate” that growth.

Silbury founding partner Gavin Eustace said it will use Turner’s 40 years of experience to manage the increased demand for sustainability-linked, competitively priced senior debt against a volatile economic backdrop. Turner, who was most recently chairman at Watkins Jones, a residential-for-rent developer and manager, said that Silbury is “disrupting” the UK mid-ticket residential lending space and the role was a “rare opportunity” to join an “institutional quality platform” in a hugely underserved part of the debt market.

Debt adviser grows
Property consultancy Knight Frank has appointed Joe Otterburn as a partner in its debt advisory team. The company’s head of debt advisory Lisa Attenborough said Otterburn’s arrival would allow it to continue to grow its offer of advisory services. Otterburn joins from London-headquartered real estate manager Europa Capital, where he has worked since 2016 – most recently as a director heading up the asset finance team. Prior to this he held positions at Royal Bank of Scotland.

Stranded asset risk rises
Property advisor Savills has calculated that 74 percent of offices are below the required EPC B label in the UK and 40 percent of offices do not have the required EPC C label in the Netherlands, presenting a major risk for capital returns due to the proposed obsolescence rules in these countries. European offices are facing a growing threat of assets becoming “stranded” as energy efficiency requirements evolve (see the full story here), it said. 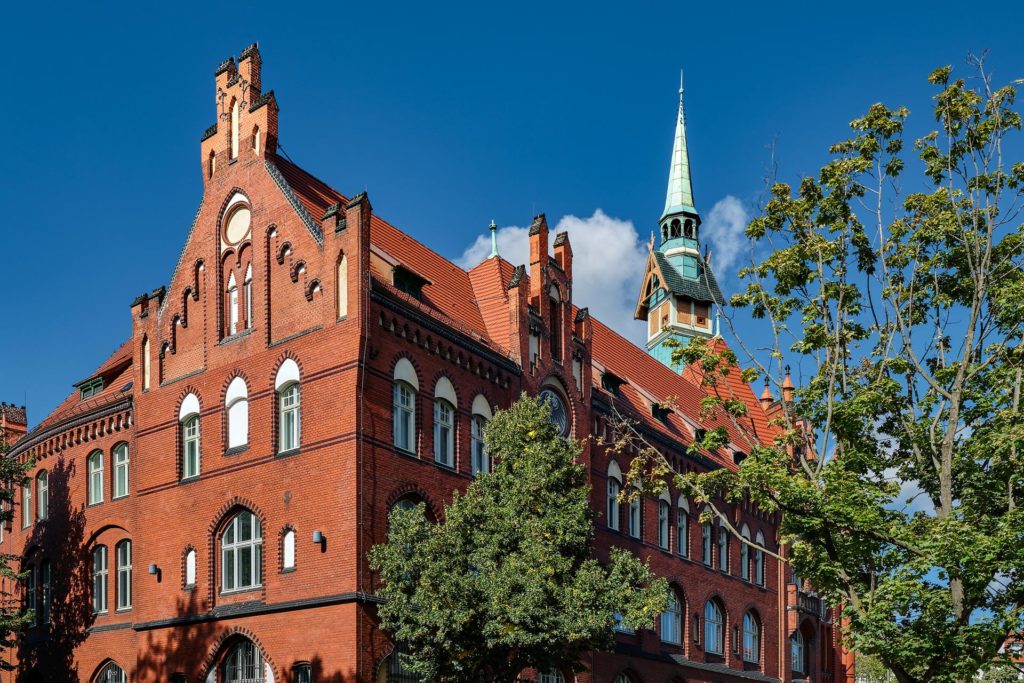 Hamburg lender backs Berlin
Private equity firm Zetland Capital Partners and German investment and asset management company MBS Invest have secured a €48.5 million loan from Hamburg Commercial Bank for the development of residential properties in Berlin. Zetland plans to develop 200 homes across three sites in three neighbourhoods – Berlin-Wilmersdorf, Berlin-Lichtenberg and Berlin-Treptow – alongside MBS, a minority shareholder in the project. Peter Axmann, head of real estate clients at the Hamburg-based lender, said that despite the “uneasy economic backdrop” he was “convinced” over investing in the projects, as demand for housing in the German capital continued to grow.