Angst over property bonds
Bond investors that have bought debt instruments issued by European real estate companies at increasingly lower yields in recent years are “fretful” about their investments, according to a Financial Times article published this week, which can be read here (paywall). Real estate bond losses have outpaced those in the wider corporate debt market since February this year, the newspaper wrote. It added that, as the tide of cheap money has receded, some heavily indebted real estate companies in Europe “risk running aground”.

On the short side
Swedish real estate company SBB has become the second-most shorted stock in Europe, according to a 9 September article by Bloomberg. Per the article, the Stockholm-based company’s stock has fallen by three-quarters this year. Bloomberg said the scenario was based on concerns that SBB took on too much debt as it built its portfolio of around 2,500 assets.

SBB was founded in 2016 with the aim of creating a portfolio of rent-controlled residential properties in Sweden and social infrastructure properties across the Nordic region, including through development. Bloomberg wrote SBB has around $500 million of debt maturing next year and $1 billion in bonds and loans due in 2024. It described the company as the “canary in the coal mine” for Europe’s “teetering” real estate market, adding that as valuations decline and capital costs increase, it may be pushed into selling assets to maintain credit ratings.

Restrictive rates
As the total cost of real estate debt increases across European markets, lenders and borrowers alike are watching for signs of what central bankers might do next on interest rates. Reuters reported on Monday that five sources close to the matter said European Central Bank policymakers see a growing probability they will need to raise the central bank’s key interest rate to 2 percent or above, taking rates into “restrictive territory” in order to slow inflation. The news agency said this would most likely happen if the ECB’s first inflation projection for 2025, which is due to be published in December, is still above its 2 percent target.

Now and 10
In the private equity real estate fundraising market, it seems Léon Bressler’s Aermont Capital cannot put a foot wrong these days. Striking its customarily understated tone, the London-based, Europe-focused manager announced in the middle of last week it had raised €3.8 billion for Aermont Capital Real Estate Fund V, the fifth in a series of opportunistic vehicles that started with the firm’s inception in 2007.

Characterising its strategy as essentially “proactive operator-orientated” and focused on “large complex investments”, the firm said the fund, like its predecessors, would be “operated subject to essentially the same mandate”. Institutions, including private pension plans and sovereign wealth funds from North America, Europe, Asia and the Middle East seem happy with that – their cheques have pushed the firm’s since-inception aggregate fundraising past the €10 billion mark.

Familiar ground
Norges Bank Investment Management, steward to Norway’s colossal NKr12 trillion (€1.2 trillion) sovereign wealth fund, is no stranger to the prime property markets of Paris and Berlin. But that has not stopped it entering further ventures for the markets, this time with Zurich-headquartered Swiss Life Asset Managers, which, when it comes to property, majors on France and Germany. On Friday, the partners announced the creation of an investment vehicle, managed by Swiss Life, which had been used to buy VoltAir, an approximately 300,000 square foot property in Berlin, for €457 million; and 86 Boulevard Haussmann, an approximately 110,000 square foot asset in Paris, for €217 million.

NBIM has already bet big in Berlin this year, buying a 50 percent stake in the 1.1 million square foot Sony Center in a May deal worth €677 million. Its most recently publicised transaction in Paris, meanwhile, was a sale: a half-share in the ‘Society Lorette’ property, which was disposed from a venture with AXA Investment Managers in a deal valued at €128 million.

Making sense of Trussonomics
The death of Queen Elizabeth II has put UK government business on pause. However, as the UK faces major headwinds, real estate finance professionals are trying to make sense of how the policies of new prime minister Liz Truss will impact the economy, and by extension the commercial property sector. Truss’s plans centre around cutting taxes in a bid to promote growth. Meanwhile, her plan to cap energy prices – expected to cost £150 billion (€173 billion) – is expected to be funded through increased government borrowing.

While the energy cap will curtail a major driver of the UK’s inflation, critics of her wider plans argue a return to 1980s-style ‘trickle-down’ economics will fail to create sustainable growth and could add to inflationary pressure. There are also concerns for the value of the pound, as markets digest the impact of the energy plan on UK debt. More on the industry’s reaction to ‘Trussonomics’ can be found here.

Not-so-good calibrations
In the US market, lenders are expected to have to recalibrate some new commercial real estate debt deals as a result of ongoing cap rate expansion, according to CBRE’s latest US Cap Rate Survey. The survey found there is an expectation that cap rates could rise as much as 25 basis points.

Loan spreads are also expected to increase between by up to 75 basis points during the next six months. As a result, lending terms are subsequently anticipated to become more restrictive because of concerns about potential value erosion, with lower loan-to-values and higher debt service coverage ratios taking hold in the market.

We want to hear from you!
In the winter 2022 edition of Real Estate Capital Europe, online on 1 December, our list of Europe’s top 50 lenders will be published. If you believe your organisation deserves to be considered, we want to hear from you. To compile the list, our editorial team gathers as much information as possible on the activities of real estate lenders in Europe and carefully considers which should make the cut. To make a submission, please fill in the form, which you can find HERE, by midday, UK time, Friday 7 October.

The cost of developing sheds
In a survey of 450 European logistics real estate market players, commissioned by adviser Savills and owner Tritax EuroBox, 44 percent of respondents expect finance costs for development to grow between 1 percent and 3 percent per year over the next three years. Access the full report here. 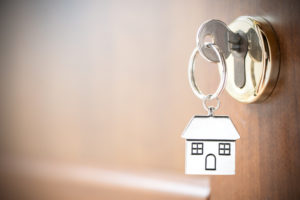 L&G’s affordable homes loan
Through its Affordable Homes subsidiary, insurance group Legal & General is aiming to become the UK’s leading provider of affordable housing. The business, which was launched in 2018, operates around 2,500 homes and has a further 6,500 in its pipeline. Last week, L&G announced a financing deal to help it deliver them. The £150 million (€173 million) social loan will fund 5,500 homes. French lender BNP Paribas, UK bank HSBC and Japan’s SMBC Group each provided £50 million.

L&G said the loan was the first UK insurance syndicated “use of proceeds” social loan, adding it was structured to adhere to the principles of finance industry body the Loan Market Association’s Social Loan Principles. Chris Hewitt, financial director of Legal & General Affordable Homes, said the loan reinforces the company’s commitment to the sector. “Whilst we are pleased with our progress, 1.4 million households remain on social housing waiting lists across the UK and there are still major challenges to address this shortfall,” he said.