“Key trends like sustainability, demographics and technology will help determine the investment opportunities in private real estate… Real assets generally do well in an inflationary environment, but it’s really important to be on the right side of those three big themes.”

Blackstone’s verdict
Blackstone’s third quarter earnings call last week was always going to be an important barometer of market conditions and it did not fail to deliver. Jon Gray, Blackstone president and chief operating officer, said that while conservative levels of leverage in the commercial real estate and housing markets were a positive, there was “no question” a slowdown was coming. Referring to the rising costs of debt. However, Gray said a lot of creativity would emerge to get deals done, such as sellers providing seller-financing or take-back equity.

He added: “We’re definitely better off as investors in an environment like today where capital is more scarce, where we may have to over-equitise the deal and then ultimately finance it when markets calm down a bit in the future.” Read more on Gray’s view of the future here.

Third quarter investment falls
Third quarter investment in European real estate was €69.3 billion, down 16 per cent on the same quarter of 2021, according to figures published last week by CBRE. However, €86.9 billion of total investment in Q1 meant the market hit a record volume for the first nine months of the year of €229 billion, up 4 per cent on the same period of 2021 and surpassing the previous high of €225.2 billion in 2018.

Co-operation trumps distress
Europe’s real estate market is unlikely to suffer long-term distress owing to greater co-operation between lenders and borrowers today than in previous years, according to Toby Phelps, a managing partner at BentalGreenOak. Speaking to affiliate title Real Estate Capital USA, he said: “Lenders, particularly European lenders, tend to be banks that don’t want underperforming or non-performing loans on their books. They are less likely to extend and pretend.”

In the same article, Chris Pilgrim, global capital markets director, Colliers, said cash-rich buyers will be king over the next two years as the effects of interest rate rises materialise: “Now is the time of opportunity. If investors pick their markets, assets and strategies carefully, this is a good time to capitalise,” he said.

Lending hot spot
Debt providers are increasingly looking to support projects in Central and Eastern Europe, according to London-based manager Revetas Capital, which has been investing in the region since 2003. Founding partner Eric Assimakopoulos told Real Estate Capital Europe in a story published this week that European financial institutions from Austria, Germany, Italy, France and the Netherlands had been building a presence since the mid-2000s by acquiring local banks and then rolling out commercial real estate platforms. He said the CEE region benefits from macro fundamentals that compare well iwth Western Europe, including significantly higher growth, lower unemployment, lower consumer indebtedness, as well as market yield spreads of 200-400 basis points and capital values below Western Europe, “all of which in combination provides higher-yielding returns”.

Double the fun
The cost of doing business in the UK has led to more FTSE-listed companies issuing profit warnings in the last quarter than at any time since the GFC. Analysis by consulting firm EY-Parthenon has found that companies issued 86 profit warnings in the third quarter of 2022. More than half were caused by rising costs and a quarter related to labour shortages. Consumer-facing sectors such as retail and hospitality have been among the hardest hit, accounting for over half of all warnings in the third quarter. As Real Estate Capital Europe reported in September, real estate debt professionals are already on “high alert” over the impact of rising energy costs on the ability of borrowers’ tenants to do business and have begun looking into positions.

A nightmare on refi street
Debt service coverage ratio, a metric that evaluates a sponsor’s ability to repay debt calculated by dividing a property’s net operating income by its debt service, is increasing its relevance in the assessment of refinancing maturing loans. This week, New York-based data and analytics provider Trepp revealed the US commercial mortgage-backed securities market DSCRs will be a particular issue for $52 billion of CMBS loans with near-term maturities due to debt service coverage ratios of 1.25 or less in the next 24 months. These low DSCRs will present a particular problem as refinancing looms.

Emanuel Grillo, partner at global law firm Allen & Overy, told Real Estate Capital USA. “This means [the loan’s] close to the bone as it is, and if they have got to go and refinance at interest rates that are materially higher than their last debt instruments were, they’re going to have a difficult time doing that. We are looking at a potential nightmare scenario.”

A survey of real estate participants across Europe by German lender Berlin Hyp shows that the cost of financing is the greatest challenge in the coming year. But of less concern for the 430 respondents is the availability of debt. 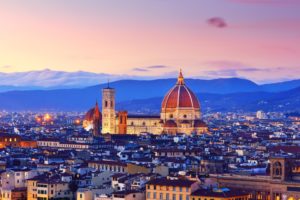 Loan security
Grape Hospitality, a European owner, operator and manager, has agreed a €400 million financing extension for 86 hotels. The syndicated loan comprises three tranches: a main tranche worth €352 million, a €40 million credit line dedicated to capex investments and a €7 million VAT credit line. The credit facility has a three-year duration with a one-year extension option. The company said the finance would allow the group to strengthen its financial structure in the context of rising interest rates and borrowing costs, according to React News. It follows a development agreement with IHG Hotels and Resorts to convert five assets across Europe, including in Florence, Bordeaux and Madrid.