Last week, CoStar News reported US investment firm Apollo Global Management had provided a £407 million, 60 percent loan-to-cost loan to finance the deal, including capex financing for LaSalle’s upgrade plans for the properties. The loan deal demonstrates some lenders, particularly those with a value-add approach to the industry, share equity investors’ optimism about the prospects for quality, out-of-town shopping destinations.

Socially ambitious
In recent years, German banks have raised capital for environmentally sustainable real estate lending through the country’s covered bond market in the form of green Pfandbriefe. This week, one German lender – Berlin Hyp – issued its first social-focused covered bond [see its announcement here]. The bank said the proceeds of the €750 million, 10-year social Pfandbrief will be used for loans financing affordable housing in Germany and the Netherlands, with eligibility criteria based on German and Dutch social legislation.

In Germany, rent levels provided by the country’s Housing Benefit Act are a basis for financing assets. In the Netherlands, lending criteria refer to the Dutch Social Housing Act, with loans to be made only to housing providers that have made a publicly accountable commitment to social responsibility and affordable housing. “We are… taking a decisive step towards integrating sustainability holistically into our core business and making our contribution as a bank to the social challenges of our time,” argued Berlin Hyp board member for capital markets, Maria Teresa Dreo-Tempsch.

Single-family financing
A longstanding segment of the US real estate market, single-family rental housing remains a nascent sector in European countries including the UK. However, as we wrote in December, institutional interest in owning SFR in the UK is growing, providing lenders with opportunities to write loans against it. In a signal of growing debt liquidity, Matter Real Estate, an investment firm focused on value-add and opportunistic property, announced the refinancing of Placefirst – an SFR developer, owner and operator, of which it is also an equity backer.

The £150 million (€178 million), five-year debt facility, provided by an unidentified lender, is secured against around 1,000 stabilised units in 11 schemes, and is intended to finance the growth of the portfolio to 6,500 homes. Lenders are keen to deploy capital in Europe’s residential sectors, meaning SFR is likely to join build-to-rent apartments as a target sector.

Investors remain open-minded
Pre-pandemic, investor sentiment was shifting away from the legacy core open-end private real estate funds. But if M&G Real Estate’s first quarter fundraising numbers are anything to go by, those attitudes might be changing. The London-headquartered manager had a record quarter in its core European Property Fund, raising €524 million in three months, its largest quarterly intake in the fund’s 15-year history.

The capital came from European and Asian investors, three of which were new clients. The additional capital will help M&G broaden its residential holdings within the fund, including student and senior housing, as well as traditional multifamily. The fund will also be used to selectively target office and retail as the market becomes more polarised, head of UK portfolio asset management David Jackson said via a release. 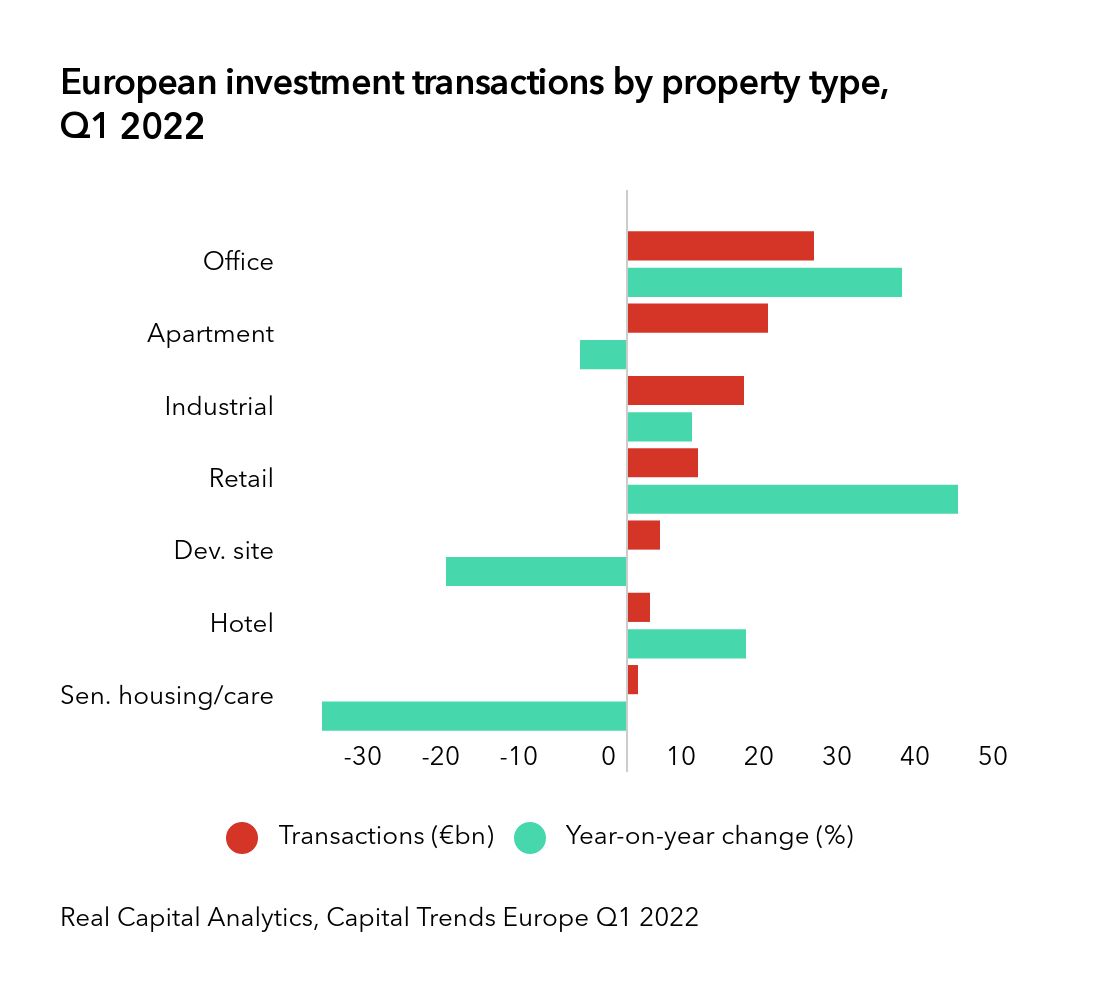 LaSalle’s green student loan
LaSalle Investment Management last week announced a £148 million (€176 million) loan to finance the development of a purpose-built student accommodation scheme in London – structured as a green loan facility. The loan is one of the first examples of a large-scale green loan in the PBSA sector to date.