“Occupiers are much more discerning as to the space they are prepared to occupy, the space developers and owners must provide to secure and retain tenants, and ultimately how the space will be financed.”

Ian Malden, head of valuations at Savills, speaking during the property consultancy’s 33rd annual Financing Property presentation on 10 June, says the industry’s focus on the social part of ESG has sharpened.

AEW’s growth plans
AEW, Natixis Investment Managers’ property business, is in growth mode when it comes to debt. On 10 June, the firm announced it had fully integrated its €2.5 billion European debt platform, which it launched in 2012 in a 50:50 partnership with another Natixis affiliate – Ostrum Asset Management – into AEW. The consolidation, coupled with a “good amount of dry powder and a pipeline of deals” will help AEW to grow its European credit platform, Cyril Hoyaux, AEW’s head of debt funds and mandates, told Real Estate Capital. “After doubling the platform’s size over the past three years, we now seek to double it again over the next three to €5 billion AUM by 2024,” he said.

As part of this growth, AEW plans to introduce higher-yielding lending products into its repertoire, to complement its existing senior loans offer. The manager’s plans show two things: first, alternative lenders see considerable scope to scale their portfolios in today’s market; and second, they want to offer investors and borrowers access to a range of debt products.

The financing will fund Tristan’s acquisition of a German mixed-property portfolio, comprising 57 properties including office, warehouse/industrial and retail space spread across Germany’ top seven cities [read Tristan’s announcement here]. The portfolio was acquired for €1 billion from German company Summit Real Estate Holdings. Ben Eppley, head of European commercial real estate debt for Apollo, told Real Estate Capital: “Tristan is a relationship sponsor of ours and has a strong track record in Germany. They are acquiring a high-quality, well-located portfolio of commercial real estate assets with a diversified tenancy profile.” More of Epply’s insight into the deal will be published on recapitalnews.com this week.

End the eviction moratorium?
The UK moratorium on commercial property evictions and other enforcement action is due to expire on 30 June and the British Property Federation wants to see the UK government lift it [read its announcement here]. The industry body said data shows most landlords and tenants are working collaboratively, meaning there will not be widespread evictions. It also said 14 percent of tenants, including well-capitalised businesses, are refusing to speak to property owners and are “abusing government and landlord support”.

Meanwhile, AEW announced on 15 June that two “well-funded” tenants it recently took legal action against have not sought permission to appeal the court’s decision that they should pay rent arrears [read more here]. Those lenders that have supported their sponsors through the pandemic will no doubt be keen to see such pressure on ‘won’t pay’ tenants.

Stay strong
Seven European cities featured in the top 20 of consultancy Savills’ 2021 index of the world’s most resilient cities in the face of the covid-19 pandemic [the full report can be found here]. 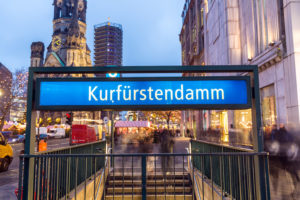 Building in Berlin
Corestate Capital announced on 11 June that its lending subsidiary, Aggregate Financial Services, has financed what it said is one of the largest real estate transactions of the year in Germany. The Frankfurt-based financing platform and securities trading bank, which was acquired by Luxembourg-based manager Corestate for €113 million in a deal that completed in May, has provided acquisition and development finance to German real estate company Aggregate Holdings for a mixed-use scheme on Kurfürstendamm – one of Berlin’s major thoroughfares. Corestate said the financing volume for the purchase and development is €1.02 billion.

The Fürst Project has a gross construction area of approximately 1.9 million square feet and will contain mainly office and co-working space, plus leisure, retail and hotel space. Sebastian Ernst, co-founder of AFS and management board member at Corestate, said: “We were able to finance the acquisition and development in one go and thus support our client very quickly and in line with their needs. This was primarily the result of combining our forces. We have entered a new dimension with this transaction.”