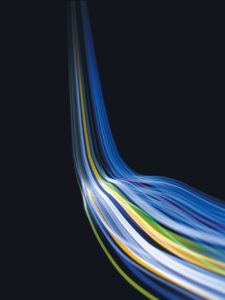 Throughout the real estate industry, there is much buzz around technology that promises to disrupt and modernise how assets are bought, sold and managed. Proptech has attracted huge investment in recent years. According to US research and event group CREtech, $9.6 billion was invested in 2018. Although that represented a drop of almost 24 percent on 2017, the number of investment deals rose by 47 percent to 509.

Property lenders have been laggards in adopting technology. Many banks did not have the resources to invest in technology after the financial crisis and still rely on outdated systems. However, banks, insurance companies and debt funds are waking up to the need to embrace technological advances and the benefits they can bring.

Dutch bank ING has its own London-based lab geared towards driving innovation in commercial real estate technology. “Every large real estate player is looking at different proptech, either to service and optimise their portfolios or to help their customers,” says the bank’s head of innovation, and former global head of real estate finance, Annerie Vreugdenhil.

Although big banks are playing catch-up, much of the innovation in real estate finance is coming from start-ups. Emmanuel Lumineau, founder and chief executive of BrickVest, says lender interest in his company’s new digitised real estate debt-financing platform is growing. The platform, which BrickVest was close to launching at the time of publication, will enable lenders to bid on financing and syndication opportunities.

“Digital debt platforms are set to have a strong impact in the short to mid-term,” says Lumineau. “They have the potential to create unprecedented levels of data and increase execution speed and transparency that the industry is yet to see.”

Cloudscraper is also promoting an online marketplace for debt. Lenders can use the London-based company’s platform to source and quote on origination and syndication opportunities, and borrowers can use it to access real time loan offers.

There is evidence that banks are keen to harness such innovation: since its launch in 2016, BrickVest has attracted sizeable investment from Berlin Hyp and Aareal Bank, two of Germany’s largest mortgage lenders.

Many in the commercial real estate finance market see benefits in innovations such as artificial intelligence and big data, particularly when it comes to helping lenders with due diligence and forecasting asset value.

“All aspects of collecting, aggregating, analysing and sharing data will be relevant for our business,” says Michael Spiegel, head of digitisation at pbb Deutsche Pfandbriefbank. “Deploying AI in combination with big data has the potential for further significant improvements, such as supporting decision-making processes or the valuation of property. As always, quality of analysis depends on the quality of the underlying data and the processes and algorithms used.”

Lenders are not short on partnership options in this area either. Europe has a growing number of big data and AI start-ups offering their services to the real estate industry. Finland’s SkenarioLabs and Dutch real estate appraisal platform GeoPhy both use complex algorithms to provide lenders with automated comparison data to better calculate property values. Squirro, a Zurich-based augmented intelligence solutions provider, counts ING among its customers.

“Data has always been key for decision making in the real estate industry,” says Vreugdenhil. “However, real estate has been behind in being able to harness the true benefits compared with other asset classes.”

Despite this, she says start-ups in the big  data space are generating interest from investors: “The notable ones have all received €5 million to €10 million in funding and are developing their offerings towards automated valuation and data visualisation.”

BrickVest’s Lumineau also has high hopes for big data and AI but believes their true impact will not be felt in the short term. “Big data will definitely help lenders to better, and more quickly, assess and underwrite real estate deals,” he says. “But will big data will be able to significantly improve our abilities to forecast value? Right now, I don’t believe so. But once we have proper AI technology in place – why not?”

Jack Sibley has led Nuveen Real Estate’s global innovation and technology strategy since January 2018. He believes proptech is at a similar stage to where the adoption of sustainability was three to five years ago.

“In the debt finance space, we’ve seen three main areas for innovation,” he says. “First, there is the use of more software products such as business intelligence dashboards, workflow tools and collaboration platforms, which create efficiency gains. Second, there is greater use of non-traditional datasets in order to make better investment decisions. Third, there are fintech solutions, such as marketplaces, where the aim is to match lenders and borrowers. Various technologies, including machine learning and AI, will be leveraged in order to power these solutions.”

The rate at which these technologies develop is subject to certain caveats, believes pbb’s Spiegel. Banks, he says, should tread carefully when introducing digitisation and automation processes: “It is important to stay focused rather than to become overwhelmed by opportunities. What we do has to be meaningful with regard to expanding our business and our expertise. Digitalisation must not be an end in itself – it has to support the strategic goals of the bank.”

In looking to such horizons, lenders – and particularly the larger banks – must also perform the delicate balancing act of introducing new technology while maintaining and upgrading legacy systems. According to Vreugdenhil, “this can be a challenging balance as the two move at a very different speed and require very different approaches and metrics to measure success”.

Many agree that capital markets technology could change how assets are financed, though most admit it is still early days. “Most start-ups in these areas are still in their early stages and need to mature in order to become true institutional platforms,” says Sibley. “Many are experiencing accelerated growth, which is encouraging.”

The apparent consensus and enthusiasm over technology’s future role in real estate debt has so far not translated into significant investment in new technology. According to Lumineau, the adoption of fintech is a disparate affair rather than a widespread phenomenon. “Fintech so far is still mainly used by early adopters in the debt industry,” he says. “The industry still needs to prove itself, so that the rest of the debt market will follow, and, as a whole, implement the systems and benefits digitalisation can bring.”

Although it is not renowned for being innovative or tech-savvy, the real estate finance industry looks set to enter the next decade with progress as its watchword.

Data underpin decision-making in the real estate sector, but the deployment of AI together with big data could afford lenders unprecedented clarity over assets. Consequently, there has been a surge of European banks partnering with start-ups.

Online marketplaces enable lenders to source and bid on origination and refinancing mandates. According to Brickvest CEO Emmanuel Lumineau, such technology has the potential to provide unprecedented levels of data, while increasing execution speed and transparency.

As debt finance continues on its path to digitisation, we can expect an influx of new software products, from business intelligence dashboards and workflow tools to collaboration platforms.