The cost of borrowing commercial real estate debt dropped in most European countries during 2018, due in part to continued pressure on lending margins, the latest information from CBRE’s European Debt Map to the end of 2018 shows. Using terms for senior lending on prime offices as the basis for the analysis, the data show the cost of debt fell in 14 out of 20 countries, rising only in six – including the UK and Italy.

A key feature of 2018 was the easing of senior lending terms in the ‘second tier’ of western European markets – including Ireland, the Netherlands and Spain. The seven countries making up this group saw the largest decline in average margins – down 30bps – and total cost of debt – down 42bps.

Lenders are under pressure to deploy

European debt markets continue to be extremely healthy; a deep and diverse pool of lenders is competing for opportunities to lend across a wide spectrum of real estate from core to opportunistic, from established sectors to alternatives. Indeed, the depth of terms offered on the mandates we have seen over the past 12 months indicate that the pressure to deploy is arguably now greater on the lender than the borrower.

This is particularly true of continental Europe, where all the major markets remain buoyant. There has been a slight cooling of interest for retail exposure and lenders are being more selective. However, good shopping centres in the right locations are still attractive. At the other end of the spectrum, there is a huge desire to lend to the logistics sector, including in the development phase, while we have also seen lenders fight keenly to win deals in the office, healthcare, hotel, student accommodation and data centre sectors.

As 2019 progresses, we expect the pool of lenders to broaden even further. Investors traditionally associated with the equity markets are looking to leverage their platforms into private debt as they seek greater relative value. We have seen more and more interest in the creation of loan-on-loan platforms, exemplified by the funding line we structured for LendInvest in the latter half of last year. These platforms, made up of both debt and equity, are opportunity driven, attracted by the chance to fill funding gaps left by the traditional clearing banks and the possibility of deploying more challenging loans. Borrowers here too can benefit from greater availability and efficiency when borrowing, as these platforms tend to be far nimbler than the more traditional lenders.

In the UK, the outlook remains solid, despite the nervousness around the impending Brexit. Nevertheless, we expect most lenders will at the very least seek to match allocations made in 2018. Lenders are prudently keeping an eye out for meaningful declines in values which would put unwelcome pressure on them but generally the outlook remains positive and the appetite for core assets remains undiminished.

The use of debt was accretive to real estate investors’ returns in European markets during 2018, provided the capital value of underlying assets increased, data analysis produced exclusively by CBRE shows.c

Dominic Smith, senior director, CBRE Research, examined the extent to which the capital growth required for investors to hit returns targets has changed, and whether investors are likely to achieve required levels of performance, according to CBRE forecasts for capital values.

CBRE estimated required return for major office markets across 20 European countries, by adding a market-specific risk premium to the risk-free rate. The required capital growth for such returns to be met was determined by subtracting the income return, which is the yield. The calculation was done on a geared basis, assuming an investor uses senior debt on terms identical to those quoted in the firm’s European Debt Map.

This data was compared with CBRE’s forecasted capital growth, to understand which markets are expected to either over-deliver or under-deliver against the calculations.
“This methodology is just one approach to assessing value,” explains Smith. “It may not be applicable to every investor as return hurdles may differ. Also, it is not comprehensive to all assets; the innate heterogeneity of commercial real estate means that some assets in challenging markets will outperform targets, just as some assets in strong markets will underperform.”

The results of the data analysis show geared investors should be able to achieve greater than required capital growth in several European markets, including Paris, Frankfurt and London – as well as in some mid-tier markets such as Brussels and Copenhagen.
“Performance should be broadly in line with that required in markets such as Vienna, Budapest, Milan, Amsterdam and Stockholm,” Smith adds. “In the remaining markets, required capital growth is higher than our forecasts, often as a result of challenging risk premia.”

“Complimenting or countering this could also be changes in property yields, as falling yields would raise required capital growth,” says Smith, “or changes in the risk-free rate, as rising government bond yields would increase required return.”

CBRE found that, for the most part, the impact from interest rates and government bonds was benign in 2018. The notable outlier was Italy, where rising government bond yields added 2.3 percent – or around 0.5 percent per year – to required capital growth.

In many cases, the impact on required returns – positive or negative – from changing debt terms was counterbalanced by that from the consequent change to the risk premia multiplier; when LTV rises, so does the risk premium, due to an upward impact on volatility.
“This shows that in many cases, the impact of debt pricing can be overstated. Far more important as a driver of risk-adjusted performance is the outlook for the underlying asset and market,” Smith says.

Investigating the numbers further, the change in forecast and required capital growth were plotted against one another. The resulting data give the indication of whether market conditions are moving in favour of or against investors. “Although this is likely to be secondary to the preceding analysis of whether forecast return exceeds required return, it may be of additional interest to investors seeking to move into markets which are about to outperform, or out of markets that are about to underperform,” says Smith.

On this analysis, the most preferable quadrant for investors to be in is the bottom right, where forecasts of capital growth are improving, but required capital growth is declining. By this measure, Ireland, Sweden, France, Germany and Switzerland are favourable.
“By contrast,” adds Smith, “the top left quadrant, where forecasts are weakening and required capital growth is rising, is the least preferable. On this basis, the Netherlands, Czech Republic, Italy, Finland and the UK are unfavourable.” 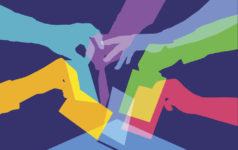 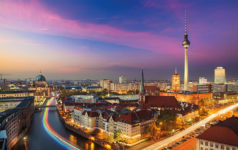