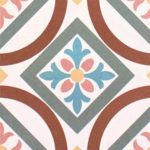 A busy summer boosted the volume of direct investment in real estate assets across Spain, which reached €9 billion in the first nine months of 2019 – a 10 percent increase year-on-year, according to data from consultant BNP Paribas Real Estate.

The office sector continued to lead the investment market, buoyed by the high level of business growth in Madrid and Barcelona. Office investment in the first nine months of the year amounted to €3.7 billion – 59 percent more than 2018’s total of €2.3 billion. Prime yields persisted at historically low levels, remaining at 3.25 percent by the end of the third quarter. In secondary markets, yields were at 4.25 percent at the end of the third quarter.

By then, the logistics market had already equalled the historic record recorded in 2018, with €1.3 billion of business done. Prime yields remained at 5.15 percent in Q3 and are forecast by BNP Paribas Real Estate to compress to around 5 percent at the year end.

Investors are increasingly pouring capital into Spain’s residential market, attracted by the sector’s relatively high yields. The average gross yield for Madrid, for instance, was around 5.39 percent by the end of Q3. Transactions in residential portfolios in the first nine months of the year amounted to €1.6 billion, which makes the sector the second most popular investment class, surpassed only by offices.

The struggling retail sector experienced lower investment activity, which fell by 56 percent to €1.35 billion in the first nine months of the year. Several market sources have expressed negative sentiment towards retail to Real Estate Capital, and BNP Paribas Real Estate noted that a mismatch between buyers’ and sellers’ pricing expectations was delaying the completion of transactions.

Looking at investment flows by investor origin, domestic investors remain the most active in Spain, followed by US buyers. Latin American investors also returned to the Spanish market in 2019 after three years without activity. Buyers from countries such as Venezuela, Colombia and Mexico are increasingly looking to acquire properties in Madrid’s prime residential market, according to BNP Paribas Real Estate.

So far this year, Spanish real estate has attracted finance in a variety of sectors, including offices, retail and student accommodation

In a deal that highlighted Spain’s appeal to German banks, as well as Spanish banks’ continued activity in the property market, pbb Deutsche Pfandbriefbank and CaixaBank joined forces in January to provide €170 million for a Madrid office portfolio.

The portfolio, bought last year by property investor Tristan Capital Partners from Spanish SOCIMI Colonial, comprised six assets with a total of 828,820 square feet (77,000 square metres) of grade A office space in the capital’s office sub-markets. Real Estate Capital understands Tristan originally bought the portfolio in an all-cash deal and refinanced while implementing a business plan for rental growth. The portfolio was 80 percent occupied as of January.

“We have provided a medium-term loan to back Tristan, which has been an existing client for pbb for a long time,” said Norbert Müller, the German bank’s head of real estate finance for western continental Europe. “This deal also underlines our continued strong interest in the Madrid office market.”

Although the retail crisis has had a major impact on investors and lenders in markets such as the UK, some lenders are open to financing selected assets in Spain. In August, investment manager Barings Real Estate Advisers closed a €40 million development facility for a retail park in Seville, as part of a strategy launched late last year to build a continental European loan book.

The 36-month loan, which was provided to a joint venture between Madrid-headquartered real estate manager and developer Kronos Investment Group and a global investment management company, funded the construction of a 64-unit retail park with 2,000 parking spaces in Dos Hermanas, a town 9 miles (15 km) from the city centre. At the time of the closing, the project was more than 70 percent prelet and had full planning and building permissions. The retail park is expected to open in summer 2020.

“Dos Hermanas is a growing dormitory town close to Seville and this loan will enable the construction of the dominant retail scheme for the immediate and undersupplied catchment area,” said Sam Mellor, Barings’ head of real estate debt portfolio management and origination in Europe. “The strength of the project is evidenced by the high demand for the space, which is already substantially prelet.”

The alternative lender provided a €20 million loan to property investor Amro Real Estate Partners to fund the development of a 360-bed purpose-built scheme in Granada. Across two buildings, the 112 967 square feet (10,495 square metres) scheme will also provide amenities such as a swimming pool, a multi-sport court, a cinema room and a study library. The loan forms part of LaSalle’s Residential Finance Europe programme, which provides stretch senior and higher-leverage financings for developments at loan-to-cost ratios of up to 80 percent. The programme’s loans range from €20 million to more than €100 million.

Amy Klein Aznar, head of debt investments and special situations at LaSalle Investment Management, said: “The loan that we have extended in Granada is an excellent example of the type of student housing development that we find compelling and which meets the needs of students today.”