Reckless development, investment and lending led Spain’s real estate market to collapse in 2008. However, today’s growing investment volumes are driven by domestic and foreign investors aiming to benefit from the country’s recovery. And although debt is not as freely available as it was, market participants agree a healthy level of liquidity is back.

Investment volumes reached a record €12 billion last year, which was 55.8 percent up on 2014, according to consultancy firm Savills. The expansionary phase of the cycle seen in recent years has been supported by local banks, including CaixaBank, Santander and Sabadell, as well as European banks with a longstanding presence in Spain, such as Dutch lender ING, or that have re-entered the market, like German bank Deutsche Hypo.

The growing presence of alternative lenders is also contributing to a functioning debt market. “Since the financial crisis, liquidity levels have grown progressively in Spain,” says Juan Carlos Calle, director, real estate finance, at CaixaBank. “Investors and lenders see more room for growth when compared with markets where the property cycle is more advanced.” 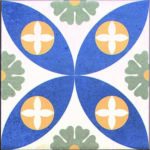 However, after three years of GDP growth of above 3 percent, the European Commission expects growth to decelerate to 1.9 percent in 2019 and 1.5 percent in 2020. Political instability in Spain, which has had four general elections in as many years, could raise further uncertainty for market participants.

Despite these headwinds, Spain’s property industry is generally optimistic about the domestic market. “The fundamentals of the Spanish economy remain strong,” says Alberto Segurado, head of debt advisory at consultancy JLL Spain. “And political uncertainty has, for now, had no impact on financing in the real estate sector. What sets the current real estate cycle in Spain apart from the former is the higher degree of professionalisation and transparency, which makes it less susceptible to political factors.”

Traditional lenders in Spain have shown their appetite for core commercial assets in prime locations, which are usually financed through conservative loan structures. However, increased competition amid a lack of investment product has driven margins down over the past year. Pricing levels for lending against prime offices, for instance, have fallen to 100-130 basis points, down from 120-150bps last year and 150-170bps in 2017, according to market sources.

In recent years, opportunities to finance offices have been found in the prime central business districts of Madrid and Barcelona. A scarcity of supply in prime zones, however, is now pushing core investors to focus their attention on peripheral locations. Yields for prime offices in Madrid’s CBD were 3.25 percent in Q2 and 4.35 percent in less central areas of the city, according to consultancy Cushman & Wakefield.

Although refurbishments continue to account for a large proportion of activity, new developments in urban areas are being initiated. In Madrid, the delivery of almost  4.2 million square feet (390,000 square metres) of new and refurbished space is expected over the next 24 months, according to Savills.

“Core office deals have been reduced in favour of value-added office deals in recent years,” says CaixaBank’s Calle. “There is a pipeline of developments in Barcelona and Madrid which are attracting investment as long as they require conservative leverage and there is a good business plan in place.”

Financings for value-add office projects can provide a margin premium of 50-60bps over core assets, market sources say. Another attractive segment for investors and lenders over the past year has been logistics, says JLL’s Segurado. Lenders typically provide debt with margins of 150-190bps for facilities with loan-to-value ratios of 50-60 percent and terms of five-to-seven years.

Banks are the most active providers of senior loans for logistics, with alternative lenders keen to structure junior or mezzanine tranches. According to consultancy Deloitte, senior debt against logistics assets offered margins of 200-250bps in 2017-18. “There has indeed been a reduction in margins mainly due to the interest and competition of the international banks,” says Segurado.

Lenders are more averse to retail, which is undergoing structural changes due to the growth of e-commerce. According to Savills, investment in the sector fell by 69 percent year-on-year in H1. This contributed to a 43.1 percent reduction in total investment volumes in Spain, which fell to €2.9 billion during the period. “The banking sector is starting to add a risk premium for senior loans against core retail assets, while secondary assets are becoming difficult to finance,” says Julián Bravo, head of the Iberian division at ING Real Estate Finance. “Debt funds, however, are more willing to finance shopping centres in secondary locations at a higher price.”

Banks are pushing margins up for core retail assets by 10-20bps, market sources say. Meanwhile, debt funds are pricing credit against secondary assets at 2.5-5 percent, depending on the risk of the asset. Traditional banks are willing to offer LTVs of 55-60 percent, while funds can offer 80 percent.

Alternative lending is gaining traction in Spain as more debt funds provide liquidity where the banks will not, such as deals involving land purchases for residential developments. In April, Spanish developer Sierra Blanca Estates sourced €55 million from an undisclosed UK-based debt fund for the development of three luxury residential schemes in Malaga and Marbella.

Carlos Rodriguez, chief executive of Sierra Blanca Estates, says the arrangement would “allow us to launch our projects and, eventually, access cheaper debt from banks, currently at around 2-3 percent for schemes with pre-sales levels of 30-50 percent”.

Alternative lenders can take on a higher levels of risk and leverage than traditional financing sources. This mix of lenders is keeping Spain’s real estate debt market competitive, which sources agree it is likely to remain for the foreseeable future.