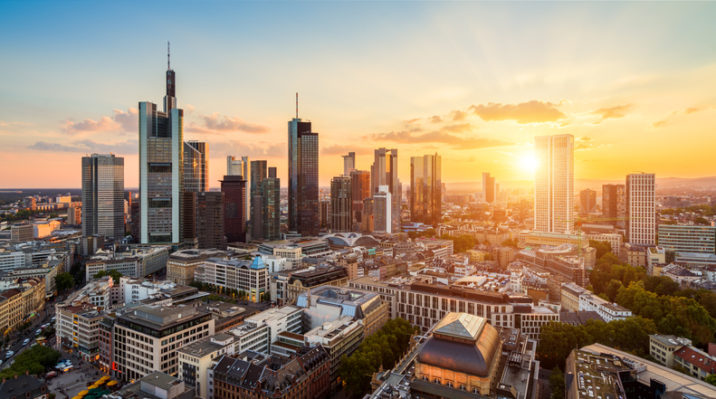 Across Europe, the uncertainty caused by covid-19 prompted real estate lending banks to revise their financing criteria. According to debt market sources, many banks reduced the loan-to-value ratios they were prepared to provide and raised loan pricing to compensate for risk. Several banks limited their lending to existing sponsors and core sectors.

However, several European banks proved they were open for business, in the right circumstances, during 2020.

Among them was Berlin Hyp, which was voted Bank Lender of the Year: Germany, for a second year running. The bank wrote several large financing deals in its domestic market, including in the competitive multifamily residential sector. In July, it provided €144 million as a 50 percent slice of a German residential funding. It followed the deal in August by providing €750 million to property group GSG for 41 German commercial properties.

€1.1bn
Size of the financing provided by a bank consortium including BNP Paribas for five French shopping malls

Paris-based BNP Paribas was voted Bank Lender of the Year: France. In December 2019, following the cut-off for our 2019 awards, BNP was sole underwriter of a €290 million loan to finance a 38-property portfolio of high street retail, office and residential in the French city of Lyon. It also closed significant deals in its domestic market in 2020, including its role in May as one of five lenders in a €1.1 billion financing of five French shopping malls for a consortium comprising Unibail-Rodamco-Westfield, Crédit Agricole Assurances and La Française Group.

In the Nordics, regional banks remained key lenders. Regional award winner Nordea’s 2020 deals included a €134.3 million financing of a hotel and retail development for US manager Hines, as part of the 226,000-square-foot Trinity Quarter scheme in Copenhagen, Denmark.

European lenders continued to integrate sustainability into their loan transactions in 2020.

The Sustainable Finance Provider of the Year: Europe award was hard fought for. Among the shortlisted parties were Goldman Sachs, which issued Europe’s first green securitisation in January; Aviva Investors, which issued a £157 million (€179 million) UK loan with its margin pegged to the borrower’s sustainability performance; and Crédit Agricole, which provided sustainable finance across several European countries.

However, the tight race was won by the UK’s Lloyds Bank. In 2020, Lloyds launched its Green Buildings Tool, a digital tool to help its real estate and housing clients identify ways to decarbonise their assets. By December, 40 million square feet of buildings had been loaded into it. Lloyds was also bookrunner on a £350 million sustainability bond for Clarion Housing in Q1 and provided £140 million through its Green Lending Initiative in 2020.