The wait is over. At long last, we can reveal the winners of the Real Estate Capital Awards 2019. Below, you will find the complete list of the organisations and financing deals that were recognised by you, our readers, as the best of 2019.

The roll call of winners also tells us a lot about the state of the European real estate lending industry last year: the types of lenders that had the greatest impact; the nature of the transactions that caught our readers’ eyes; and the sources of liquidity in individual countries’ markets. You will find our analysis of the awards results and what we think they say about the wider European real estate finance space.

Our annual awards are now in their sixth year. This was the largest year yet, with 31 individual categories – up from 22 in our 2018 awards.

The major change we made this year was to introduce bank lender, alternative lender, debt advisor and lending deal categories for four country and regional markets – the UK, Germany, France and southern Europe – in addition to the Europe-wide categories. The new categories were included to better highlight lending market activity across the continent.

A crucial award, now in its second year, is Sustainable Finance Provider of the Year: Europe. This recognises the lender that demonstrated the most progress in making sustainability an inherent part of its financing activities. With environmental, social and governance matters at the top of the agenda across the real estate industry, this award will only grow in relevance.

A reminder of how our awards are determined is worthwhile. The most crucial point is that winners are voted for by their peers. The awards are totally independent. There is no panel of judges or sponsorship, meaning the industry decides who wins in each category.

In November, we invited you to make submissions, to which our editorial team then gave careful consideration. We also did our own research, canvassed opinion from senior industry participants, debated the merits of organisations and deals among ourselves, and eventually drew up shortlists.

Then we put the decisions over to you. Online voting opened in mid-December and closed on 10 January.

You were not allowed to vote for your own organisations or deals, and only votes from company email accounts were valid. After painstakingly removing any votes that infringed the rules, we were able to draw up our final tally of winners and runners-up.

It was a fascinating process, and we hope you are as intrigued as we were to find out who the industry rates the highest.

Congratulations to our winners and, to our runners-up, better luck next time. Without further ado, here are the organisations and deals that had the greatest impact on European real estate finance in 2019. 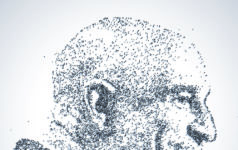