This article is sponsored by LaSalle Investment Management

LaSalle Investment Management launched its European real estate debt strategy in 2009, initially focused on lending in the UK, and subsequently expanding its focus to western continental Europe. The US-headquartered property investment manager made its lending debut in Spain in July 2017, when it financed the purchase of a student housing portfolio, and the country now represents one of its core European markets.

In July 2019, it provided a €20.5 million loan to finance a 360-bed purpose-built student accommodation development in Granada. Two months later, it supplied a whole loan to private equity firm Blackstone for the acquisition of the Tarraco Tower office property in Barcelona. Ali Imraan, managing director, debt and special situations at LaSalle, explains where he sees opportunities in Spain. 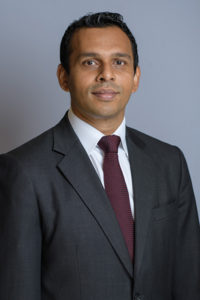 A Along with Germany, France and the Netherlands, Spain is among the largest real estate markets in continental Europe, and so it plays an important role in our European lending strategy. Recently, Spain’s economic fundamentals have been strong, with growth above the European average.

Cities such as Madrid and Barcelona offer compelling opportunities for lenders, particularly non-bank players. In Spain, just like across the rest of Europe, banks have been forced to moderate their leverage – mainly driven by regulation – which has created structural opportunities for alternative lenders.

We have seen demand for construction finance, and we have lent against a few student housing developments in cities across the country. In September, we also closed a whole loan to fund the acquisition of an office building in Barcelona. Development lending provides opportunities for alternative lenders because, from a capital perspective, banks are much more restrained in this area.

Q Do you face competition from Spanish banks?

A I wouldn’t necessarily call it competition. We do not provide senior loans, so the domestic banks are not like-for-like competitors. However, any developer or borrower that is looking for finance will obviously speak to several capital providers about what they can offer. Banks have always been a big part of the Spanish market and continue to be.

As well as domestic banks, we have seen some German banks active in the market. Dutch banks are occasionally active as well. But, like the Spanish banks, they have a lower maximum leverage than alternative lenders and are looking for different risk profiles than we are.

Non-bank lenders like LaSalle offer advantages over banks in certain areas, such as speed of execution. We can be nimbler, and our capital allows us to target a slightly higher risk-reward profile.

Q What is the appeal of the Spanish accommodation sectors?

A The underlying market dynamics of Spain’s accommodation sectors are very compelling. The supply of product has remained low, despite urbanisation being a growing trend. Like in other parts of Europe, more and more people are moving to cities, whether it be for job opportunities or for education.

It means demand outweighs supply across the ‘beds’ sectors, including residential, student housing and hotels. Loan margins in the beds sectors are case-specific, and are contingent on the location of the asset, the level of leverage and the experience of the borrower. But if you are lending in Barcelona or Madrid, there is more competition and this is reflected in the pricing compared with other, smaller cities, where there is a lesser presence of international developers and lenders.

We see Spanish build-to-rent residential as a product with a lot of appeal. However, from a development lending perspective, banks are yet to work out how they should treat build-to-rent, so there have not been many lending transactions. This has perhaps held the emergence of the sector back a little in Spain.

Q Is the Spanish offices sector attractive to lenders?

A Office vacancy rates have been steadily coming down and have been low in central Barcelona and Madrid for some time now, while demand for space has gradually increased as Spain’s economic performance has improved. Supply of new office space has been coming through during the last five years or so, but not to the extent that it has affected the strong rental growth we have seen in the market. So, the Spanish office sector can make a lot of sense for lenders.

Going forward, rental growth might not be as strong as it has been in the last five years, but the dynamics are still quite positive. It is also a sector that can provide big, targeted investment opportunities, and so create sizeable lending mandates.

Q How mature is the logistics sector in Spain?

A We are mainly focused on last-mile logistics, meaning we lean towards properties located close to urban centres. It is fair to say that this category of stock, when it comes to the amount of transactions in the market, is less available in Spain than it is in other European jurisdictions, such as Germany, France, the Netherlands and the UK. I don’t think that this is a question of maturity, but rather the logistics sector in Spain has just developed differently to other European countries.

Q What are the most exciting locations in Spain, beyond Madrid and Barcelona?

A We have recently done deals for student housing assets in Granada and Seville, in the south of the country. Student housing is a sector we are excited about because there are plenty of strong university towns and cities across Spain that still have a structural undersupply of purpose-built student accommodation. So, from that perspective, locations like Granada and Seville – as well as cities such as Bilbao, Salamanca and Valencia – share the same fundamentals as Madrid and Barcelona.

Q Has the recent social unrest in Barcelona affected how lenders view the city?

A I can’t speak for other lenders, but we try to look at financing opportunities holistically. As I mentioned, we did a deal in Barcelona in September, so that probably goes some way to answering the question from our own perspective. Looking at the overall dynamics of the city, the positives still outweigh any concerns we may have from what we see in the news – especially in sectors where the structural positives are very strong, such as residential, student housing and last-mile logistics.