This article is sponsored by Cain International.

The transaction was voted Development Financing Deal of the Year: Europe at the Real Estate Capital Awards 2019. John Cole, Cain’s managing principal and head of real estate debt, and Graham Keable, principal, real estate debt, explain the story behind it.

Why did a £385 million loan against a UK BTR scheme make sense to you? 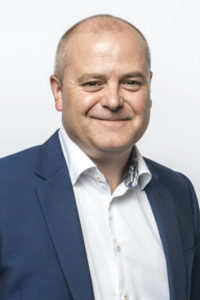 John Cole Everything we do is based primarily around relationships and sponsors. Over the past five years we have focused our efforts on larger loans within the development space, and this opportunity gave us the ability to partner up with Henderson Park and Greystar on a landmark BTR scheme in the regeneration area of Nine Elms, which will have phenomenal transport links.

It is a purpose-built product in a market that is growing in the UK. There is a lot of capital chasing product in this space and as BTR begins to evolve it will become part of the housing landscape. We like the sector. We certainly like the sponsors and from a lending perspective, it made a lot of sense. 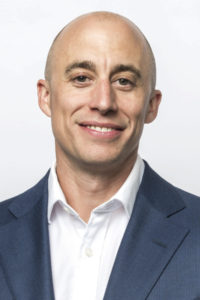 Graham Keable This deal involved two incredibly strong sponsors, Greystar and Henderson Park, committing their capital. Greystar is one of the most experienced operators of BTR. It understands the operational accommodation market. For us, the deal also worked because of its financial commitment in partnership with Henderson Park.
With those sponsors, in that location, and for that product, we took an informed risk decision to support a growing sub-sector. This was not an easy deal to do. It was tough. But a combination of factors makes a deal of this nature viable.

JC Should we have gone into the market before now? We have looked at lots of opportunities, but you cannot hit them all. With this deal, the stars aligned. We certainly have appetite to do more BTR deals, and we will try to do more.

How did the Greystar-Henderson Park financing deal come about?

GK Greystar approached us, but it was at the early stage, when they were still seeking an equity partner. There were certain aspects of the transaction we were not initially keen on due to the financing structure.

Fast forward a few months, and we were approached by Henderson Park and Greystar, which had now locked down their joint venture. They asked if we were willing to provide finance on the basis we had initially indicated. We said “yes, if everything else stacks up, we will be there”.

JC Clearly £385 million is a big cheque, but we have done large cheques before across numerous different sectors, including a £390 million office financing with developer Almacantar, a £290 million for-sale residential development loan to developer Lodah UK, and we arranged a $750 million construction loan to support the development of the Aman New York hotel and residential scheme in the US.

What are the differences between underwriting a BTR asset and a for-sale residential scheme?

GK The whole underwriting principle is very different. If you are lending against an apartment development for open -market sale, the ultimate source of repayment is your sponsor successfully selling the units. It comes down to the attractiveness of the product to occupiers, its price point, and local supply and demand.

“You learn something new on every transaction”

You learn something new on every transaction and we will be more confident going into other BTR deals. We do not have all the answers to every scheme.

Are lenders still reticent to back this type of property in the UK?

GK BTR is less mature in the UK than in the US and Europe. UK lenders such as clearing banks are cautious about new markets. It is difficult to assess how those asset classes will perform over economic or sector cycles.

The amount of debt those lenders deploy has reduced, because of capital constraints and regulation. So, we have seen the emergence of alternative lenders, like us, delivering development or investment loans in less mature sectors. Borrowers have become comfortable with the alternative lender market.

The BTR market is getting stronger, and larger, so the clearing banks will play catch-up. They have big balance sheets, and appetite to deploy capital, so they will become big providers of finance in the market. Whether they can reach the levels of leverage that the alternative lenders operate at is yet to be seen. However, I expect to see UK banks far more frequently as the country’s BTR market matures.

BTR is a relatively new concept in the UK. What needs to change for it to flourish?

JC Mindsets need to change. Traditionally, people wanted to own their own property. I was the same. Renting was short-term until I could own my own property. But times change. The younger generation like the flexibility to move. Town planners can help to promote BTR, particularly when they are looking at big regeneration schemes.

GK It is important that local authorities and planning authorities understand purpose-built rental housing. It provides tenants with a lifestyle choice. They get access to incredible amenities, such as gyms, yoga studios and communal space. They also have financial freedom with no mortgage. They have the freedom to move more freely than if they were homeowners, which is a generational mind shift.

It is a good time to be involved in the sector. We will continue to invest in it, with the right partners and schemes.