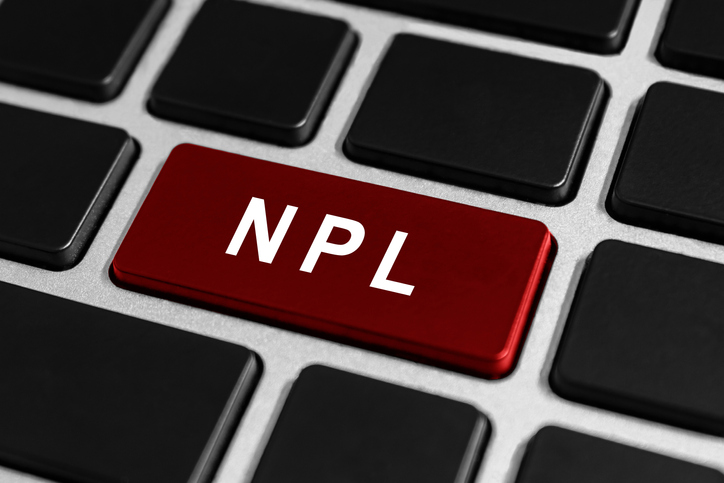 Every crisis has its winners and losers and one asset class that came out on top after the global financial crisis of 2008 was non-performing loans. That crisis prompted the largest-ever sale of loan books by banks – a sell-off that has still not reached its end as we enter a new economic crisis prompted by covid-19.

It’s fair to say that banks bear a significant responsibility for the last recession, as years of lax lending criteria led to many being severely over-leveraged. When the crunch hit, they were so poorly capitalised that governments had to step in to prevent them from collapsing.

The long-term legacy of that crisis has been tighter regulation and a greater reluctance on the part of banks to lend. The crisis also left them with large portfolios of bad loans that needed to be sold in order to repair their balance sheets and return them to profitability.

For specialist investors, the years since have offered unparalleled opportunities to buy up portfolios of bad loans and make them profitable. With a new economic crisis well underway as a result of the coronavirus, the question for investors is will we see a new wave of NPLs entering the market?

The NPL market can be a slow-moving beast and it is worth looking back to the last crisis to understand how the response to covid-19 might create different conditions.

Speaking to sister title Private Debt Investor, Francisco Milone, partner and head of European real estate at Värde Partners, explains: “The fundamental difference here is that this is less a financial crisis. In 2008-09 we had a huge shock on the financial side, which forced banks to unwind balance sheets and created a wave of product for investors to buy.”

One notable trend during the last economic crisis was that NPLs did not begin to appear on the market immediately.

Richard Roberts, head of origination and corporate development at NPL investor Arrow Global Group, says: “NPLs didn’t start reaching the market until the banks had recapitalised, so they didn’t start selling assets until 2012 and ramped up over several years.”

Although there was a long delay between the GFC and the period when banks started to dispose of loan books, this was largely due to the poor position of their balance sheets. “This time, banks are in a pretty good place,” says Roberts, “and while there will be losses, lending standards have been pretty good recently.”

Milone agrees: “Banks are much more prepared for a downturn this time, and we do not expect them to sell a huge amount of loans over a long period of time as they did after the last crisis. The focus for banks will be on working with borrowers to find solutions, so there are likely to be opportunities for investors to participate in balance sheet restructurings.”

However, this does not mean NPLs will start to hit the market quickly this time round. In fact, banks are still trying to dispose of their stock of NPLs from last time. André Nunes, chief investment officer of Arrow’s Portugal-based subsidiary, Norfin, says the current crisis has stalled processes that will need to be resumed before new portfolios can come to the market.

“There were processes in place that have been stopped during lockdowns,” he says. “Some are starting to come back to the market now, with unsecured portfolios coming through quicker than secured.”

Another factor likely to delay the generation of NPLs following the covid crisis is that it could take a long time before loans turn bad. This is because of the unprecedented level of government intervention and support for businesses.

Many governments have instituted mandatory payment holidays on debts and have suspended litigation against debtors that went into default. With many individuals unable to work and businesses not able to open during lockdowns, this was a sensible precaution to prevent mass defaults.

However, it also means we may need to wait until next year to begin to understand how many borrowers are in genuine distress and have defaulted on their debts.

Until this happens, it will be hard for banks to understand which loans have gone bad and can therefore be sold on to investors as NPLs.

Marco Grimaldi, executive director at Arrow subsidiary WhiteStar Asset Services, says: “There is stock starting to mount from covid-19. In Italy around 50 percent of corporates have asked for payment holidays, but it will take some time to see what proportion of those are going to get into trouble.”

Roberts says some activity is already starting, particularly in countries like the UK, where most of the of NPLs from 2008-09 have already been sold: “We think 2021 will be a really good year for those looking to buy NPLs.”

However, Roberts warns that government support could cause further distortions to the market that will be hard to foresee, and that some areas of lending are likely to be insulated for a long period for political reasons.

“There will be some very hard-to-recover loans,” he says. “It’s not clear how the government will compensate the banks that have been lending under government guarantees and at what point they will allow the banks to sell these loans to investors.”

When targeting potential new portfolios to buy, he says it would be wise to avoid sectors, such as consumer debt or residential property, where there is a high chance of government intervention to protect borrowers in default.

“Last time, the financial crisis created a bigger dislocation in prices, which meant it was less about getting it right from a macro position,” says Milone. “Whereas this time, the shock is really on the fundamentals side.”

He expects this crisis to prompt more restructuring of company balance sheets as businesses will have more time, because of government support and intervention, to work out bad loans. However, he adds: “There could be a bigger problem if this crisis goes on for a prolonged period while we wait for a vaccine to be developed, which could be a really big problem for some industries, especially consumer industries.”

The current crisis may not offer such a range of opportunities for NPL investors as the global financial crisis did. This suggests that many of the regulatory changes since 2008 have been broadly successful in ensuring banks are better positioned to weather economic difficulties.

However, any economic downturn can create conditions for loans to go bad, and banks will be likely to have to perform some balance sheet repairs in the aftermath of covid. The benefit this time is that the NPL market has become much more efficient since 2008. Banks are more capable of accessing the market to dispose of bad portfolios, and an array of specialist buyers are willing to take on and manage those portfolios and steer them back to profitability