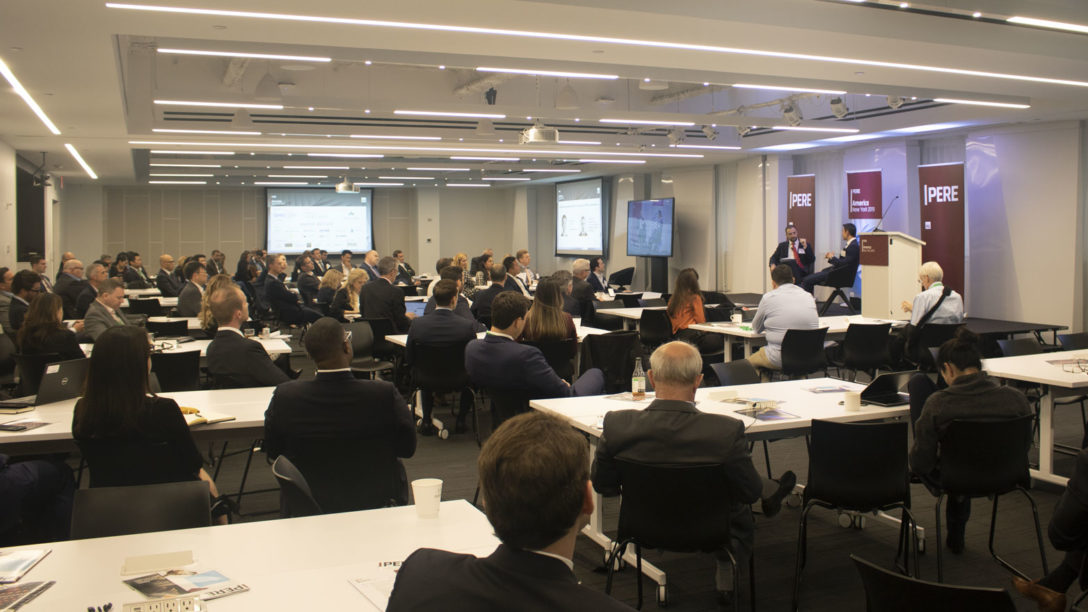 On 30 October, the Federal Reserve announced a quarter point interest rate cut to boost the slowing US economy, a third reduction this year. With ‘lower for longer’ now an accepted reality, the more than 230 delegates at the annual real estate conference of Real Estate Capital‘s sister publication PERE last week in New York heard how managers and investors are adapting their investment strategy accordingly.

“We’re all kind of being educated on these lower rates because it is uncharted territory and it really starts with expectations of investors,” one manager said.

As part of that education, certain subjects were discussed at length at the two-day conference.

Diversification: Managers and investors are approaching portfolio diversification in new ways. One debt fund manager said his firm is exploring other parts of the capital stack, for instance, while one investor said she is no longer looking to diversify by geography or asset type but rather by duration and control.

“To put our portfolio on a more defensive tilt, we’ve been doing more debt, more-shorter term, two-, three-, four-year holds. From a control perspective, it’s the types of vehicles we invest in.”

Leverage: Debt is still being used conservatively, with lenders reluctant to give high LTV loans and investors preferring to commit more equity to be more defensive. One manager said core continues to be under-levered, pointing to how the average leverage among the ODCI funds is only around 26 percent while the index’s maximum is 40 percent.

Fees: Investors have shown a preference towards more direct and separate account investments versus committing to typical blind pool commingled funds. But the fee structure between the two offerings remains vastly different. A manager said investors would pay 100 basis points in fee for a commingled fund, for instance, wherein they would interact with the GP once a quarter or even more infrequently. In comparison, they are willing to only pay 50 or 75 points for a separate account, which requires a more active dialogue.

“[A separate account] is a labour intensive and expensive business and the demand gets higher and higher. At some point there has to be some guilt on the investor’s side,” the manager said.

WeWork: The consensus among the delegates on WeWork’s botched IPO was it has forced a maturation of the co-working industry – but has far from sounded the death knells for it. While co-working is here to stay, panellists agreed one of the key challenges going forward is to find alignment between operators catering to a flexible tenant base and landlords that crave long term, steady cashflow.

“We want it to be cohesive…and the only way to do that is through some kind of aligned partnership,” one operator said.

Technology: Panellists discussing real estate business enhancing technologies agreed the sector remains “in the dark ages” thanks to too little investment and too much comfort operating amid inefficiencies.

“Currently, about 1 percent of the budget goes towards tech innovation. Three to four years ago, it was 0 percent,” commented one real estate technology provider. “There’s still a long way to go.”

Team: Delegates heard from one investor that sovereign funds, pensions and other institutional investors should focus on ramping their internal resources by hiring more investment professionals and paying appropriately to assume more control in the investment decision making process. The investor warned how “control” and disintermediating some of the asset managers would assume more importance once the downturn approaches.

“My prediction is that a lot of mistakes will be made but investors won’t have the staff or experience to manage them,” the investor said.

Yield: Low interest rates and low yields are a reality of real estate investing today. But even then, investors continue to deploy significant capital into long duration low-yielding assets, given the pressure to meet portfolio return targets at a time when both equities and fixed-income returns are yielding low returns.

“Yield is something on everyone’s mind,” one manager said.

Industrial returns: Once thought of as a solidly core play, real estate’s current darling sector, logistics, has found its way into opportunistic funds, most notably Blackstone’s Real Estate Partner series, through a blockbuster $19 billion deal with GLP earlier this year. Not all are sold on this new philosophy.

“For a long time, people said you can put up new industrial in six months, so you’re not going to make a huge bet on capital appreciation, it’s an income play,” one investor said. “Now it’s an appreciation play. Does that make sense? For me, personally, it makes less sense under current pricing.”

“It’s time to start thinking of ESG, instead of in real estate metrics of cost per square foot, to cost per person or consumption per individual,” one researcher said. “Those are the metrics we’re starting to see built.”