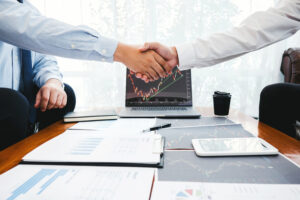 Global real estate chief financial officers are anticipating declining revenues and continued challenges in access to capital in the coming months as high inflation continues to beset the industry, according to consultancy Deloitte.

Its survey of 450 chief financial officers of commercial real estate companies across the globe found that almost half (48 percent) expect revenues to have decreased in 2022, and 12 percent expect no change at all. A year ago, 80 percent were expecting revenue growth over the course of 2021.

The pessimism is set against a backdrop of “megatrends” such as record inflation, supply-chain disruptions and ESG regulation, amounting to what Deloitte describes as an “unknown trajectory” for the property industry.

European CFOs were the most downbeat compared with their peers in other regions, with 52 percent expecting a decrease in revenue at the end of 2022, followed by 49 percent in Asia-Pacific and 43 percent in North America.

Access to funding was identified as the leading concern for CFOs in the next 12 to 18 months. Deloitte said lenders and investors “may pull back in the near term as firms reassess their risk tolerance as they face volatile market conditions”.

Forty percent of respondents expect there to be less funding available in the next 18 months, with 23.8 percent anticipating no change. However, not all respondents forecast a more challenging funding environment – 36 percent expect access to capital to improve.

Meanwhile, the survey also highlighted that there was some optimism going into 2023 – 66 percent of respondents expect improving or stable conditions compared with 2022.

When asked about which property types present the most attractive risk-adjusted opportunity over the next 12 to 18 months, downtown and suburban offices were among the top responses globally where respondents selected them 36 percent and 35 percent of the time, respectively.

Suburban offices were cited by 35 percent of European respondents. Meanwhile, Asia-Pacific respondents highly favour digital economy properties, such as data centres and cell towers, at 43 percent. Logistics spaces, including warehousing and distribution centres, were placed well ahead by North American respondents at 43 percent.

The report also illustrated that ESG-related actions are still top of mind, but most firms need guidance on how to implement changes and monitor progress. Only 12 percent of the total industry surveyed, and 17 percent of the required public REITs, are prepared to immediately respond to regulatory action.