After raising €1.8 billion through an inaugural bond issue, Logicor, Europe’s biggest logistics firm, has made a pivotal step as part of its plan to progressively move toward an unsecured capital structure.

The proceeds of the senior unsecured notes, rated BBB (stable) by Standard & Poor’s, will be used for the group’s general corporate purposes and refinancing existing secured debt, Logicor said. “We have proven our ability to access public capital markets and have significantly broadened our funding sources,” noted Simon Clinton, chief financial officer of Logicor.

Although Logicor currently benefits from a low cost of debt linked to the secured nature of its debt funding, the company intends to move progressively toward an unsecured capital structure through its €10 billion medium-term note programme, according to a S&P rating report. The rationale of the move is to provide “a more flexible capital structure”, a spokesman for Logicor told Real Estate Capital, declining to provide further details.

As the warehouse giant implements its euro medium-term note programme, it will gradually replace most its existing €6.8 billion secured debt facilities, the S&P report notes. In July last year, China’s sovereign wealth fund, China Investment Corporation, arranged a €6.8 billion loan to fund its €12.25 billion acquisition of Logicor from Blackstone. Bank of China and China Construction Bank jointly underwrote the loan and provided €3.8 billion of the total financing, while the remainder was syndicated to other banks, unnamed sources told Thomson Reuters publication Basis Point at the time.

Following the €1.8 billion bond issue, secured debt will likely represent less than 40 percent of Logicor’s total assets, S&P said. “We expect that Logicor will mostly replace [secured debt] in the short term with new senior unsecured bonds issued under the company’s existing MTN programme,” it added. The rating agency also noted that Logicor will put in place a revolving credit facility that will rank pari passu with the bonds.

Meanwhile, in the latest bond placement, investors have demonstrated their confidence in Logicor’s strategy, which currently benefits from positive tailwinds in the logistics property sector and enjoys leading positions in the markets in which it operates, mainly in the UK, Germany and France.

S&P said Logicor will likely continue to generate “stable and predictable” rental income, benefitting from “sustained occupancy rates in the supportive logistics market”. Rental growth is expected to increase by 2 percent in 2019 and 2020, on the back of “solid demand for logistics assets” in the markets in which the company operates, the rating agency said. Logicor’s occupancy stood at 92.7 percent by the end of June, with levels expected to increase to about 95 to 96 percent in the next 12 months, as the firm has turned its strategy to focus on actively managing its existing portfolio, rather than rapid growth.

The firm’s current portfolio, comprising 623 assets spread across 17 countries, is valued at €12.3 billion. 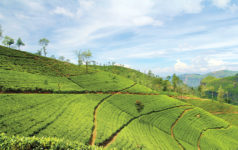