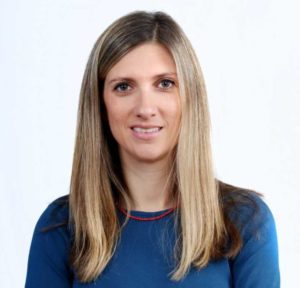 Lloyds Bank has added a co-head to its real estate and housing lending division in a move designed to create a more flexible working pattern for its senior real estate executives.

The move will see Madeleine McDougall, who has led the business since 2017, co-head the bank’s real estate unit with Andy Hulme, who has been the chief executive and head of fund for the Housing Growth Partnership, a joint venture between Lloyds and Homes England, since 2015.

McDougall and Hulme will report to Scott Barton, the bank’s managing director of large corporates.

“We are not splitting responsibilities, we are sharing them,” McDougall told Real Estate Capital. “I will be working three days a week: Monday, Tuesday, Wednesday; while Andy will work Wednesday, Thursday and Friday. We will have a full day working together on Wednesday, when we’ll have a proper handover and discussion on what needs to be done.”

Hulme’s appointment is the first senior role to be structured as a job share within Lloyds’s commercial banking division and a rare move within the industry.

“A job share like this, involving a female and a male doing it together, both because they have families and they want to ensure that they spend time with them, is a very powerful message to the industry,” McDougall said. “You need role models to have a more diverse workforce. I’ve been amazed by the feedback I’ve had about why it is great to see people at a senior level doing this.”

For McDougall, Lloyds has been “incredibly supportive” in understanding the needs for flexible working, despite the cost implication of an effectively six-day role rather than the usual five-day position.

“Lloyds has shown that is miles ahead of the real estate industry. If companies want to engage with their most productive talent, then they have to understand what suits them, so their staff is more engaged and productive at work,” McDougall said.

“We always speak about how we reflect society in the real estate industry and one way to do it is to really understand how people with different backgrounds want to work, rather than dictate them how they should work,” she noted.