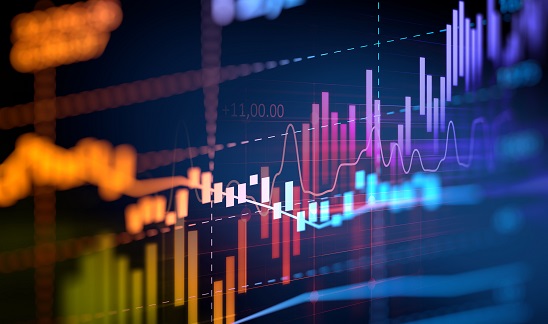 Real estate debt specialists at a key industry event in London last week said uncertainty as to where interest rates will land, and a lack of clarity around how far property values will fall, is causing a significant slowdown in financing activity.

However, panellists at industry body CREFC Europe’s Autumn Conference argued lenders still have appetite for the sector and will resume business in earnest once they see more stable market conditions.

Andrew Radkiewicz, global head of private debt strategy and investor solutions at manager PGIM, said real estate finance markets have reacted quickly to the macroeconomic environment. “We’ve got interest rate rises that have changed underwriting for new loans and have changed stress tests on existing books. The key driver now is less loan-to-value and more debt service, and therefore we have clearly an almost entire slowdown or pause in new financing.”

Nicola Free, managing director and head of CRE for EMEA at US bank Wells Fargo, said the biggest issue for her as a lender is underwriting against huge volatility. “You’ve got swings in interest rates, FX rates and cap rates coupled with high inflation and the war in Ukraine, all set against a changing regulatory landscape, occupier demand and ESG requirements – there are so many variables to consider when looking at a deal.”

The extent to which interest rates will rise remains a major source of uncertainty. However, delegates heard keynote speaker Liz Martins, UK economist at HSBC, explain the bank has revised down its forecast for the UK base rate in the current cycle, and now expects just two more increases before it settles at 3.75 percent in February – an indicator some might see as predicting a little more economic stability ahead.

As well as rates, all eyes are on property prices. “Ultimately, there is an assumption of 20-30 percent value reduction, which every bank lender is factoring in,” said Radkiewicz. “Looking through to debt service coverage ratios, we’ve got much lower proceeds coming through the system.”

Price reductions are already visible, according to some. Mat Oakley, head of UK and European commercial property research at consultant Savills, commented: “For prime property, which is the only thing that’s selling, on average across the UK, there is 15 percent off. For high-yielding asset classes – shopping centres, high street retail – it is a bit less, at 4-6 percent off. For the very low yielding assets, such as logistics, it can be 20-30 percent. It’s a huge and real buying opportunity.”

However, lenders are not calling for valuations yet, as they remain in wait-and-see mode, according to Jeremy Tham, head of bank lending valuations at consultant Knight Frank. “I don’t think anyone wants to have the keys handed back at this point in time,” he said.

Tham added that, in recent weeks, he has had discussions with clients where transactions have been pulled because the cost of finance made them unviable. “The comment we hear is, ‘Let’s see how the market settles, this may come back to the table.’ But, for now, it’s not accretive to put debt on some investments. We feel we are in a pause period as people see where things level out. People are looking at deals, but I suspect for the new year, when things will move faster.”

Despite the rapid rise in rates, panellists reported scant evidence of distress. “There’s not much sign of it in the short-term indicators we look at,” commented Andrew Burrell, chief property economist at economic advisory firm Capital Economics. “The big difference between now and 15 years ago is the banking sector is much better capitalised and regulated, so there is more cause to be reassured banks won’t be pulling in loans because their balance sheets are under threat in the way they were in 2008-09. That said, I don’t think banks will be giving forbearance in the way they did during covid. But what we are seeing with yields doesn’t seem to be a result of forced selling.”

However, banks’ reduced capacity to refinance outstanding loans is a challenge facing the industry, panellists agreed. “I don’t think we’re underestimating the scale of the liquidity requirement in the market,” commented Radkiewicz. “It is already reflected in any new lending. Spreads have come out, even on high-quality senior debt, to more than 200 basis points over 4 percent five-year rates. So, investment grade loans are priced at 6 percent.”

Despite challenging conditions, some argued it would be wrong to characterise the investment and lending markets as completely on hold. Among them was Alison Lambert, head of finance, listed markets, at manager M7 Real Estate. “The cap rate fairy has gone away for the moment; let’s just be realistic about that. You cannot rely on a capital return; it’s all on an income return. So, there are deals to be done, absolutely. And we are getting debt on assets, so [the lending market] is not dead, it’s just maybe not running at pace,” she said.

Depending on their target parts of Europe’s property sector, lenders described varying degrees of activity. However, most were hopeful for a pick-up in deal-flow in 2023.

However, Moore expects to see opportunities as banks assess their portfolios. “Next year, we expect high base rates, and difficulty in refinancing and extending loans, so we think we’ll see risk relief trades and loans being sold by banks. They won’t necessarily be sold at big discounts, but banks will be aiming to offload risk to be able to lend again. So, next year will be interesting, but tough.”

Bank lenders at the event also expressed the view opportunities lie ahead, particularly for those with healthy loan books. “If you go into something like this with a well-structured, conservatively managed book, then yes, you will spend some time fixing things that go wrong, but if the magnitude of those things is relatively limited, and the number of times those issues pop up is limited, you will have the bandwidth to do new business and take advantage of the opportunities that come out of the market,” said Klaus Betz-Vais, head of global investors and listed clients in the real estate and housing arm of UK lender Lloyds Bank.

As well as seeing scope for new lending last year, panellists argued lenders and borrowers will be keen to resolve any stressed situations in existing loans to avoid a repeat of the aftermath of the global financial crisis, where such situations went unresolved for years in some cases.

“Bias to action is going to be driven both by lenders – because if they have covenants, they will be motivated to push borrowers to put equity in earlier – and also by the equity because they will want to do something to crystalise the remaining capital gain and value on assets,” said Betz-Vais. “So, I think there will be a much quicker correction this time than during the GFC.”