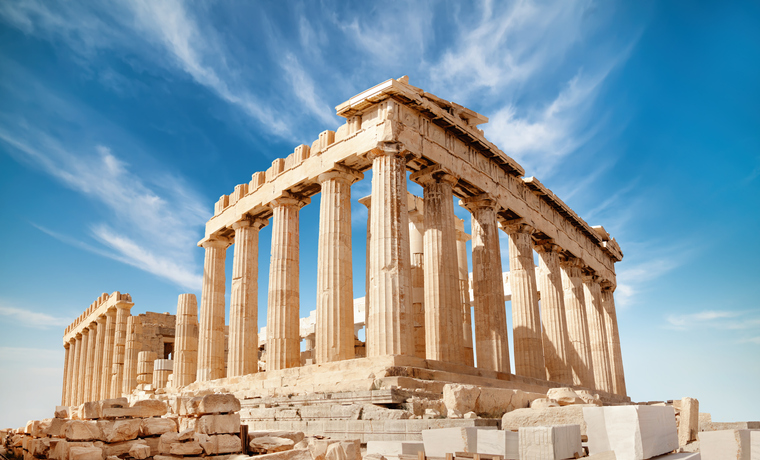 Since its launch in 2013, Jersey-headquartered Invel Real Estate has become a significant investor in Greece’s property market. Its latest deals in the country have included buying a non-performing loan portfolio from a group of domestic banks and providing fresh finance to help fund a hospitality operator through the pandemic, Real Estate Capital Europe has learned.

The investment manager, launched by former RREEF (now DWS) executive Chris Papachristophorou, made its mark in Greece in December 2013 with the purchase of 66 percent of Greek real estate company PRODEA (previously Pangaea) from the National Bank of Greece for €653 million. It bought the remaining stake for €390 million in 2019.

In its latest two deals, Invel has homed in on opportunities in Greece’s real estate credit market. In the first, it bought a distressed loan portfolio with an unpaid principal balance of €55 million, linked to a single borrower and secured by Greek logistics assets. The deal was done in co-operation with the borrower.

“Typically, access to NPL deals [in Greece] is either directly from the sellers – traditionally the Greek systemic banks – or through local servicers who have been given the mandate from Greek banks or NPL portfolio owners to liquidate some positions,” Alexis Pipilis, Invel’s head of acquisitions in the Hellenic region, tells Real Estate Capital Europe.

“Greece holds one of the highest NPL ratios in the EU, [which peaked] at 47.1 percent in September 2016. However, Greek banks have, by deleveraging their balance sheets, reduced their NPL balance by €35 billion, or 30 percent, up to June 2019.”

A milestone for the market, Pipilis explains, was the December 2019 law that established the Greek government’s guarantee scheme – the Hercules Asset Protection Scheme – to support the reduction of NPLs in the country. In spite of the law, NPLs in the country are expected to increase because of covid. “Despite the efforts of the Greek banks to dispose of their NPL portfolios, we have seen a new surge of borrowers defaulting, albeit with significant support from the Greek banks and government due to covid-19,” Pipilis says.

He explains that typical NPL ticket sizes are in the range of €20 million to €50 million, with real estate collateral value significantly below that due to the high valuations put on assets during the previous cycle. Pipilis adds that the HAPS scheme has paved the way for large portfolio sales, and factors such as the rationalisation of the country’s corporate default code and the introduction of e-auctions have supported the growth of the Greek NPL market.

The returns on offer to NPL investors vary according to the workout strategy employed. Pipilis states that a strategy of legal enforcement and auctioning of real estate can require three to five years, meaning a discount of around 50 percent to the unpaid principal balance should be expected to justify the costs of resolving the portfolio.

“On the contrary, a co-operative deal would typically command a lower discount – circa 25 percent – given the shorter monetisation period and the significantly lower cost to resolution,” he says. “Typically, we have found that amicable, co-operative resolutions of NPL exposures is the more efficient resolution approach, on the premise that the borrowers are willing to find a solution for their debt exposure and don’t have unreasonable expectations with respect to the value of their collateral.”

Invel has seen a “significant vacuum” in high-yield, opportunistic lending in Greece, which encouraged it to enter the market in 2020. In the second of its latest deals, the firm provided the secured corporate facility to an owner of high-end hospitality and residential development projects in Greece and Cyprus. The facility was designed to generate free cashflow following a challenging period due to the pandemic.

Pipilis expects to see similar lending opportunities ahead. “Given the shallow nature of the Greek lending market, with only four banks being active in the market, large-ticket lending transactions have traditionally been club deals with most Greek banks participating,” he says. “As a result, should these positions become distressed, any liquidity lines, provided by the banks, are withdrawn until the NPL position is successfully resolved.

“This has the additional negative impact for the underlying corporate borrower, as they are stuck in a vicious cycle whereby they cannot raise liquidity for their core business and at the same time they are unable to refinance their existing indebtedness.”

As a result, Pipilis expects to see more chances to acquire NPLs, with borrowers’ co-operation, and provide rescue capital.

He says the hospitality market is particularly affected: “As we continue to see the market recover and the attractiveness of a Greek summer holiday grow internationally, we believe that to capture the full upside of the sector, real estate investors such as Invel should also be participating in other parts of the capital structure.”