German Pfandbrief banks are known for their competitively priced loans, made possible by their funding method through the Pfandbrief market – a highly rated type of debenture that dates back to the 18th century. These covered mortgage bonds provide investors with a high degree of security, but also a low coupon – this, in turn, means cheap funding for Germany’s banks.

The ability to source cheap money, however, comes with certain requirements. Under the Pfandbrief Act, only property assets from the European Union, the European Economic Area and other specific countries such as the US, Canada or Switzerland, can be used as a collateral for covered bonds.

How then, will Pfandbrief banks approach property lending in post-Brexit Britain?

So far, and due to their competitive terms, German banks have become a crucial financing channel for commercial real estate in the UK, providing senior loans against prime assets. In 2017 alone, these banks wrote £5.7 billion (€6.6 billion) of new UK commercial property loans, making them the third-largest originator group in the country, following UK banks and other non-bank lenders, according to the Cass UK Commercial Real Estate Lending report.

But when the UK leaves the EU – if indeed that happens – the country’s real estate loans will no longer be eligible to be funded through Pfandbrief, under current legislation. To prevent market disruption, the German government is expected to tweak the Pfandbrief Act in order to preserve the eligibility of UK assets as collateral for covered bonds after Brexit. The amendment, part of a larger draft proposal released in October last year, is simple: it will add the UK and Northern Ireland to the list of eligible countries for Pfandbrief banks.

German Pfandbrief banks are pinning their hopes on the successful adoption of this amendment, dubbed “Brexit-Steuerbegleitungsgesetz”, which would cover existing and new property lending in the UK. Some market participants canvassed by Real Estate Capital said the Pfandbrief Act will likely be amended before Brexit. The Association of German Pfandbrief Banks, for its part, said there is “a strong reason” to believe that Pfandbrief banks will be able to continue to do Pfandbrief-based lending business in the UK without interruption after Brexit.

A second route to solving the issue, according to one banking source, is to make changes to the rules at the European level, through the implementation of the new European Prospectus Directive. However, sources say this option would be less straightforward than a change in German law.

A legal fix to this issue is crucial to ensure a significant source of competitively-priced debt capital continues to flow into the UK market. Without the competitive edge Pfandbrief funding gives them, German banks would not be the force they are in the UK market today. As the Brexit clock ticks away, German authorities will need to act swiftly to prevent this from happening. 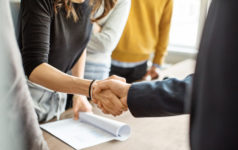 residential 26th February, 2020
Added to your Saved Articles
Loading
Unsave Article
Please confirm you would like to remove this article from your saved articles.
Share with other subscribers
Only logged in subscribers of this site will be able to access the shared article.