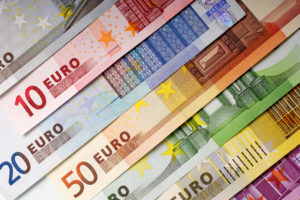 Edmond de Rothschild Real Estate Investment Management, which has announced an initial €250 million fundraising for its maiden debt strategy, was planning to become a property lender before the covid-19 crisis.

According to Ralf Kind, who joined the property arm of the Edmond de Rothschild investment house in October 2019 to lead the strategy, the pandemic prompted a change in tactic but no change to his determination to launch the business.

“I already felt we were at the peak of the cycle and the party could not go on forever. When there is a correction, credit is a stable place to be,” he told Real Estate Capital.

Kind, the former chief executive of listed German property company DEMIRE Deutsche Mittelstand Real Estate, travelled to Japan and South Korea in early 2020 to speak to potential investors. But when the covid-19 crisis took hold, he pivoted fundraising efforts to Germany, where he could more easily communicate with investors from his Frankfurt base. “It proved to be the right strategy,” he explained.

So far, EDR has raised €180 million from a German insurer for a separate account mandate, plus €70 million of a targeted €300 million for a commingled debt fund – the Edmond de Rothschild European Real Estate Debt Fund. Capital for the fund came from German insurers, pension funds and multi-managers, as well as a single Asian investor and commitments from EDR’s management.

Kind said that investor interest in real estate debt has only increased due to the pandemic. “In two words, they want safe yield. In a crisis, people tend to be favour safer strategies. And the yield also attracts a lot of the investor base. If you finance existing buildings at 70-80 percent loan to value you have a good cashflow on the debt, but you are not in the first loss position. The mindset of people at the beginning of this pandemic, was ‘how much could property values drop?’. For many investors, debt is a natural choice instead of equity.”

He added: “There is so much capital out there. The weight of the capital and the pressure to invest is enormous.”

EDR’s plan is to provide high-yielding finance, including whole loans, mezzanine debt, bridge capital and preferred equity, to borrowers in the major European markets, including for development and investment property. Its target LTV is in the 70-80 percent range. Kind explained that, through a blend of whole loans against income-producing real estate and higher-yielding loans including mezzanine, it will aim for a net total return of around 8 percent. The fund is targeting an income distribution of 4-5 percent per year.

The company is yet to close its first loan, but it has a pipeline of deals in various European countries. Kind said it will consider mainstream sectors including logistics and offices, as well as selective retail and hospitality opportunities. The company is also targeting alternative property sectors.

Kind said traditional lenders are reluctant to finance the borrowers EDR is aiming to lend to. “If you have a trophy asset in a super location, you will always get a loan from a bank. But that is not the collateral that is typically coming across to debt funds. So, the typical assets we will lend against are value-add properties, transitional assets, assets in B-locations, or situations where the borrower does not have much time. A lot of these borrowers are not getting term sheets, at least not term sheets that are signed off by a bank’s risk department.”

A second close of the debt fund is planned for March, taking it to around €100 million, with the remaining capital then to be raised during the remainder of this year. A second fund could be launched in the second half of 2022, Kind added.

Looking forward, Kind said EDR has plans to scale its credit platform. His initial plan was to grow to €1 billion of assets within two to three years. He pointed to EDR’s infrastructure debt business which grew from having no assets in 2014 to around €3 billion today, as a potential trajectory.

Such growth will require a return to international fundraising efforts, he explained: “Asian capital will be an important part of our growth. To scale the business, we need to look beyond German investors.”

Key to its growth plans, added Kind, is that the team is not distracted by any legacy, pre-covid-19, loan book positions. “We can, therefore, focus entirely on new deals”.