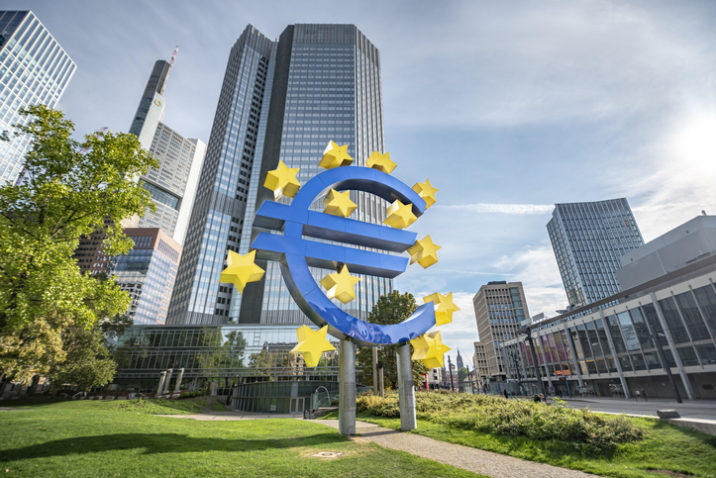 Last month, the European Central Bank’s Banking Supervision arm published a newsletter providing insights from two of its commercial real estate supervisory initiatives, as part of its focus on lenders’ exposure to “vulnerable sectors”. In the letter, the ECB wrote that commercial real estate accounts for as much as 30 percent of non-performing loans across the European banking industry.

It outlined several other alarming findings. The first initiative, the CRE Campaign, began in 2018 and involved 150 ‘inspectors’ and appraisers conducting onsite examinations of policies and procedures in combination with reviews of selected credit files and appraisal reports at 40 banking groups.

The ECB identified shortcomings across the credit cycle. At the origination stage, it said several banks “have no underwriting criteria”, give insufficient attention to cash-flow, fail to ensure developers have “skin in the game” and, in cases, fail to apply debt yield ratio. At the monitoring stage, it said “quite a few” banks do not have commonly defined basic commercial real estate risk metrics at the portfolio level, such as loan-to-value. Further, it found banks’ criteria for identifying non-performing loans leaves too much room for interpretation, and that several banks fail to comply with capital requirements regulation through a lack of updated appraisal reports.

The newsletter went on to highlight findings from the second initiative, the CRE Targeted Review, launched in 2021, which is focused on office and retail exposures and was conducted off-site. It initially involved 32 banks, with the ECB zooming in on a smaller sample in the subsequent phase.

Through this, it identified four areas of risk where it said current operations fall short: a sharp uptick in construction cost; increased interest rates – a risk due to a “material volume” of bullet or balloon loans; covid-19 fuelled bifurcation in the quality of office and retail assets; and a heavy exposure to climate transition.

The report highlights areas of real risk. But the analysis also exposes an inherent weakness of the ECB’s top-down view of the European banking sector. It views the sector as a single market and communicates accordingly. But this is not the case. In its newsletter, the ECB should have explained in detail that its findings are not representative of practices across all European countries.

The irresponsible nature of the analysis is apparent. The 32 banks considered in its CRE Campaign were based in 10 countries, representing less than half the countries subject to ECB supervision. The ECB’s supervisory authority spans well over 2,500 institutions, yet it felt it appropriate to draw conclusions regarding commercial real estate exposure across continental Europe, the UK, and North America.

Unsurprisingly, an ECB representative stated during a follow-up conversation that a question regarding the representative qualities of the analysis was “hard to respond to”.

The ECB’s focus on market value rather than lending value is illustrative. German lenders, for example, have an infamously large delta between market and lending values. Indeed, the ECB’s representative acknowledged banks’ concerns about collateralisation are less applicable to the German market.

In Devil Take the Hindmost, Edward Chancellor’s bestselling book on the history of financial speculation, he writes of the 1637 Dutch tulip market crash: “There was no clear reason for the panic… In Haarlem, the centre of the flower trade, rumours circulated that there were no more buyers, and the next day tulips were unsaleable at any price.”

By painting a uniform picture of bad lending practices, the ECB’s analysis has the potential to negatively influence the provision of real estate finance, just as the rumours of Haarlem undid the market for tulips.

Reports such as this have consequences, as market participants hang on every word coming from key central banks such as the ECB and the Fed.

The failure to acknowledge and account for regional differences in lending practice may create a self-fulfilling prophecy threatening the supply of finance to real estate markets.

Christian Liedtke is chief executive of Beach River Capital, a real estate asset manager based in Düsseldorf which focuses on investments in the German real estate market.