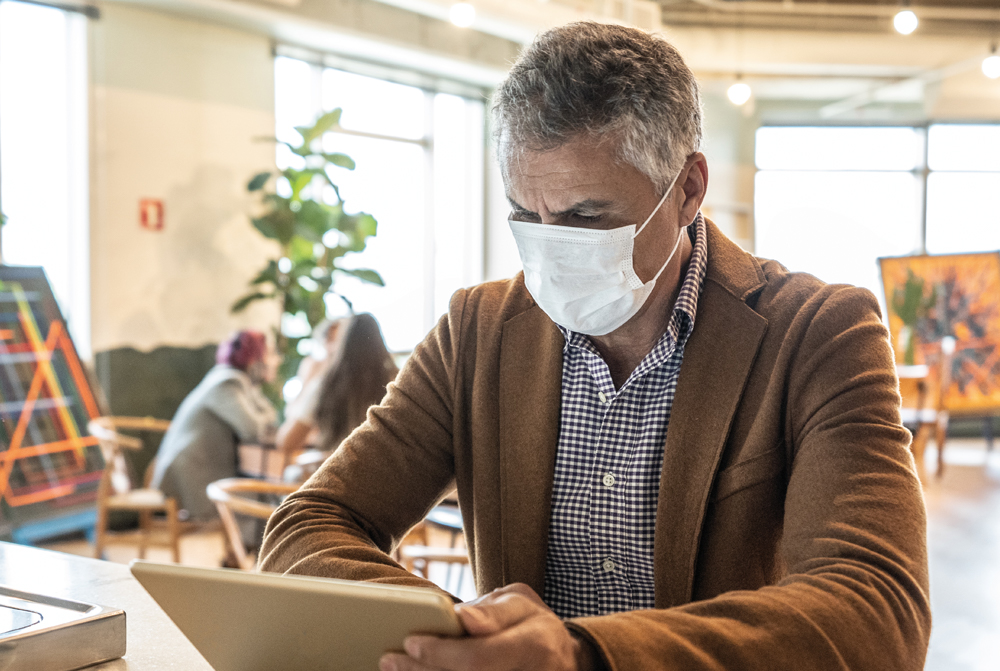 Co-working, a sector that real estate lenders have proved eager to underwrite in recent years, is under strain as social distancing measures have thrown office occupancy into disarray.

WeWork, the world’s highest-profile flexible workspace provider, has experienced a fresh wave of negative headlines. In May, its backer, Japanese investor SoftBank, put the company’s value at $2.9 billion – a far cry from the $47 billion at which it valued itself at the start of 2019.

The New York Times reported in May that WeWork had sought concessions from landlords, while demonstrating an unwillingness to grant rent relief to its own customers during lockdown periods. According to the Financial Times, its occupancy rate fell from 79 percent at the end of September to 64 percent at the start of April. Meanwhile, quarterly revenue growth slowed markedly, from 100 percent in Q1 2019 to 45 percent in Q1 2020.

Although WeWork is the largest co-working tenant across European cities, the industry has grown and diversified in recent years, and this means real estate lenders have exposure to a range of flexible workspace occupiers. Research from consultancy Savills shows flexible workspace accounted for average annual take-up of 800,000 square metres across Europe between 2017 and 2019 inclusive, of which WeWork accounted for around a third.

“We’ve funded a number of assets with co-working spaces as tenant,” says Richard Fine, partner with London-based debt advisor Brotherton Real Estate. “We’ve found lenders to be supportive although, post-covid, we are definitely seeing a nervousness from lenders around cashflows and in particular the numbers of underlying tenants/occupiers who are still paying their rent or renewing their licences.”

Fine argues that lenders have kept faith in financings in which WeWork is the tenant: “Lenders don’t appear to think that WeWork buildings are higher risk than any other building with a co-working operator in them, if they are a small part of the income and the building is well positioned. Should they or any operator fall over, they can be replaced with a more traditional lease tenant or a different operator.”

Hugo Raworth, managing director at real estate valuation advisory specialist RERC, part of loan servicer and asset manager SitusAMC, argues that, in existing loan deals across the co-working space, lenders are adopting a similar approach with borrowers as in other sectors. Lenders are in dialogue to manage any short-term cashflow issues, he says. However, he notes that lenders are likely to be more cautious about the flexible workspace sector in the future: “Most lenders right now will tell you they are open for business, but their margins are much higher.”

Toby Barker, a real estate finance partner at law firm DLA Piper, says landlords with co-working occupiers face short-term issues: “On the one hand, the government has taken measures to prevent action for forfeiture for non-payment of rent; but, on the other, [it] has not introduced any corresponding moratorium on their debt service obligations. They are therefore looking to lenders for forbearance.”

Chris Strathon, director in valuation advisory at real estate consultancy JLL, agrees that lenders are defensive when it comes to flexible workspace. “Banks still only lend on the vacant possession value of the flexible office,” he says. “So, while loan-to-value ratios might be 60 percent for a standard office let on a long lease, they may be lower for a flexible office because they see the risk associated with the operator as being too great.”

As a result of the recent growth in the co-working industry, lenders have exposure to flexible workspace companies with a range of business models and backers, including traditional landlords and institutional-grade investors. In January, insurer Allianz Real Estate provided a £120 million (€132 million) loan to Blackstone-backed The Office Group for the acquisition and refurbishment of the Chancery House office asset in London.

Roland Fuchs, Allianz’s head of European real estate finance, tells Real Estate Capital that such sponsors can be hugely invested in the assets they own and provide tailored workspace that he argues is “particularly critical” in uncertain times. “They really take care of everything: purchasing, assessing technical needs, architectural design, supervision of the corresponding work,” he says of The Office Group.

Lenders’ sentiment towards co-working will be tested in the coming months as the impact of lockdowns on European economies become clearer. Average occupancy in flexible offices is expected to fall to 71 percent by the end of May from pre-covid-19 levels of 91 percent, according to a survey by Savills-owned flexible workspace brokerage Workthere.

Serviced office group IWG is understood to be proposing a £250 million sale-and-leaseback of part of its portfolio. Andrew Skinner, director in Savills’ valuation team, says this will test lender demand, should a financing mandate result from a sale.

Although the covid-19 crisis represents a massive upset to the co-working industry, some argue that the flexible office space model could become more relevant in the longer term. Lender appetite for financing co-working-occupied assets will be increasingly determined by the operator’s business model, sources argue. An increasing focus on ownership of assets, or hotel-style management contracts, rather than WeWork’s ‘lease long, sublease short’ model, will make lenders more comfortable with the risk.

“Operators will become increasingly unwilling to enter into traditional leases and a new risk/reward structure will emerge between operators and landlords,” says Skinner.

Lenders in turn are becoming more familiar with the drivers of income in co-working models, according to Andrew Macdonald, head of real estate finance at asset manager Schroders.

“The whole concept of flexible occupation and exactly how rental incomes work is going to continue to change,” he says. “A positive that has come out of the growth of WeWork is to generally raise the consciousness of co-working and encourage landlords to become more flexible in terms of how they deal with the occupational needs of their tenants.”

Simon Brooks, head of distribution, structured property finance, at UK-headquartered bank Investec, argues that occupiers will become less willing to sign long lease obligations, which could benefit co-working operators. He believes the co-working industry is faced with an opportunity to capitalise on occupiers’ changing demands for office space.

“Businesses will shift the nature of their real estate portfolio, which will create opportunities for good operators,” he says. “With the right operating model, a co-working operator model could thrive in recovery.”