The positive debt market environment for borrowers last quarter was offset by the rise in underlying swap rates, with the UK experiencing the greatest increase, according to consultant CBRE’s latest European Debt Map.

Despite swap rates impacting the overall cost of debt for prime offices in some regions, competitive activity from lenders on core, well let and prime assets created downward pressure on margins in certain European markets in Q4.

Loan-to-values remained stable, with all regions recording no quarterly change apart from Vienna, which saw LTVs drop from 65 percent in Q3 to 60 percent in Q4 2021. According to CBRE, the downward pressure on margins was evident in seven markets, most notably Paris and Dublin, which recorded 20 basis points and 25bps decreases respectively.

In contrast, the overall cost of debt rose marginally in Scandinavian countries due to higher increases in swap rates, with Oslo seeing a 5bps quarterly increase in margins. Despite slight fluctuations in the cost of debt, pricing clusters CBRE identified earlier in the year remained true in Q4 2021. 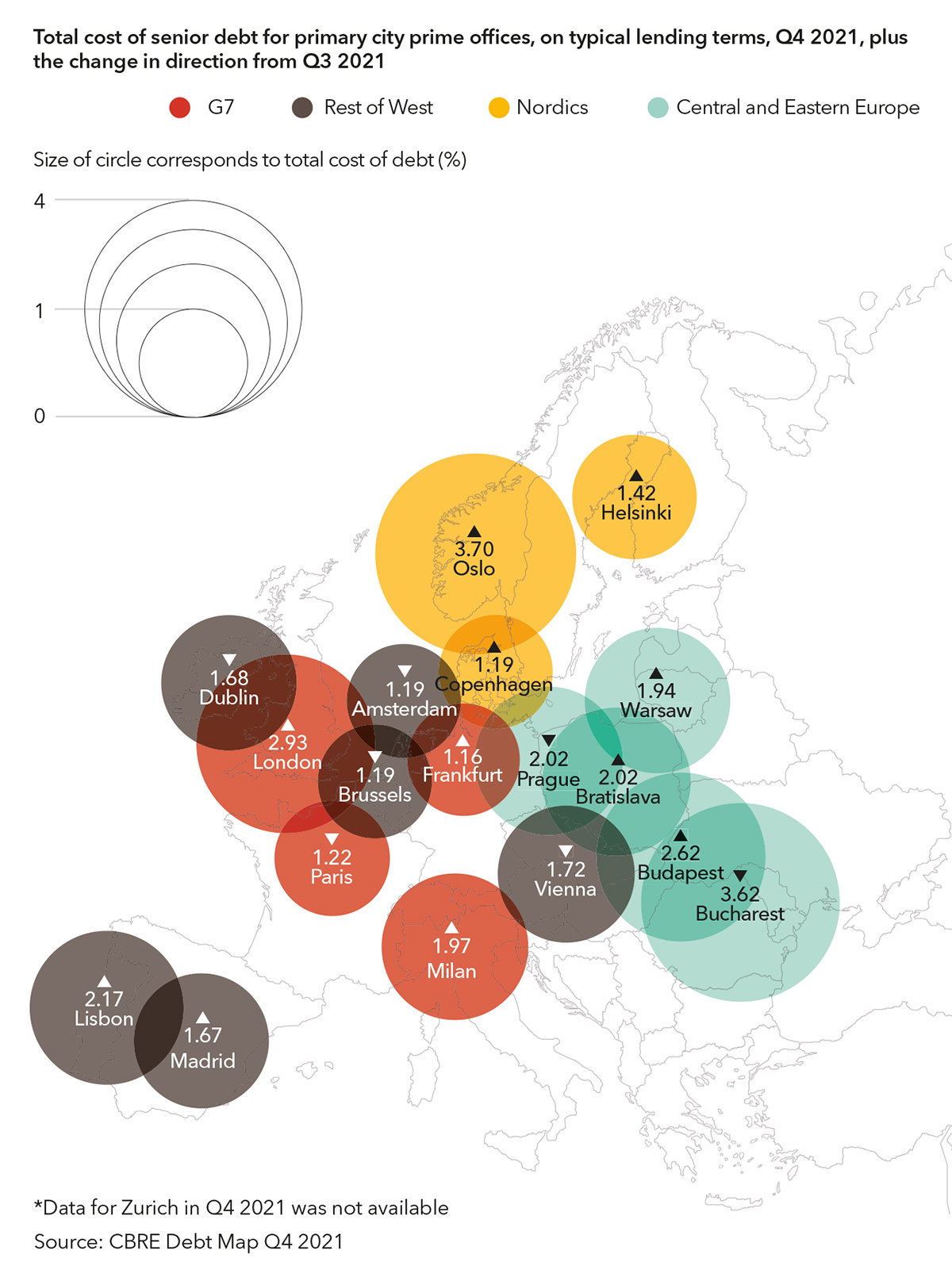 “Lenders started to widen their net (a little) to include supermarkets and retail warehousing with food anchors and internet resilient retailers,” according to the consultant. “Whilst the traditional shopping centre segment is less tested and remains more challenging.”

In the retail sector, LTVs remained stable in all but two markets in Q4 2021, as Vienna and Budapest experienced quarterly decreases of 5bps. As with the office market, small rises in margins were recorded in Oslo, as rising swap rates in Denmark and Norway drove an increase in the total cost of debt in Copenhagen and Oslo.

Market perception strengthened in this sector, according to CBRE, as lenders continued to improve their understanding of the performance differences between retail formats. CBRE suggests that this increase in activity “increased the number of comparables available for underwriting and therefore improved overall confidence”. 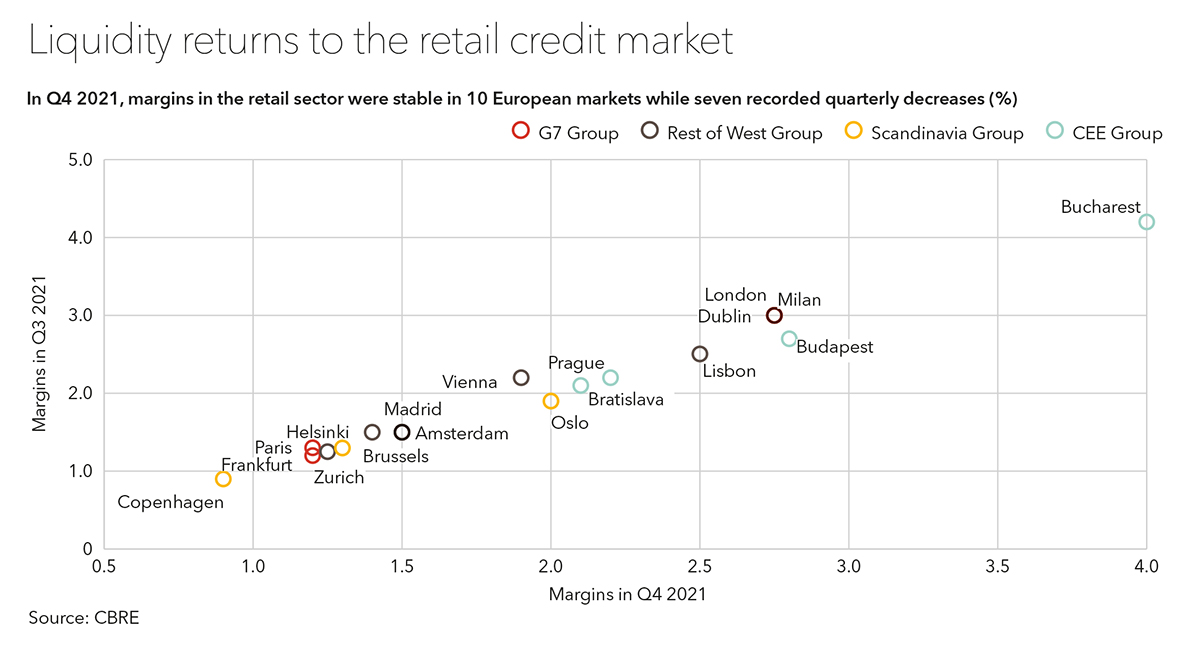 • The logistics sector maintains its popularity, although debt opportunities compete with forward funding solutions in the market. CBRE data shows margins fell by 10bps in G7 countries during the last quarter.

• Heightened investor interest in the best performing commercial property sector was mirrored by lenders during Q4, according to CBRE. Margins reduced in eight key markets, including France and Italy, where margins fell by 20bps.

• Outside the UK and Scandinavia, improving margins for borrowers fed through to further improvements in overall debt pricing in Q4 2021. All markets saw a reduction in the overall cost of debt, except Scandinavia, the UK and Germany.