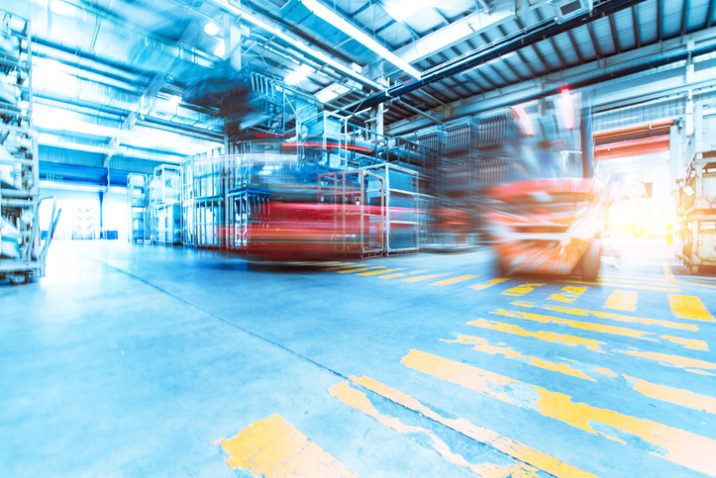 UK retailer Sports Direct completed the circa £120 million (€136 million) sale-and-leaseback of its 1.82 million square feet national distribution complex in England’s East Midlands to investment manager CBRE Global Investors, which was acting on behalf of a separate account client, in June.

Although CBRE GI declined to identify the buyer of the warehouse and distribution complex in Mansfield, Derbyshire, it was named in the property press as a company owned by Malaysian pension fund giant Employees Provident Fund.

On 25 September, CBRE GI announced it had followed up the purchase by sourcing finance for the transaction in the form of a sharia-compliant facility, adhering to Islamic banking principles. The finance was provided by the UK-headquartered bank Standard Chartered. The five-year facility represents the equivalent of 60 percent loan-to-value, meaning it is around £72 million.

Tom Berens, senior treasurer EMEA at CBRE GI, told Real Estate Capital that the client, whose identity he did not confirm, has a “strong preference” for sharia-compliant investments, in order to deploy capital on behalf of its large pool of equity investors with such requirements. “Sourcing sharia-compliant real estate investments can be difficult because properties including hotels, offices leased to finance industry tenants or retail units within which alcohol is sold are all excluded,” explained Berens.

“This asset, which has a 15-year lease to the tenant, was suitable for a sharia-compliant investment, which must be approved by a sharia scholar. It was therefore necessary to structure the financing of the asset to be sharia-compliant,” he added.

A central tenet of Islamic finance is that money itself has no intrinsic value and is just a medium of exchange, meaning Muslims are not allowed to benefit from lending it. CBRE GI needed to source capital to serve the purpose of senior real estate debt, but as interest is forbidden in Islamic finance, a standard loan structure would not be viable.

Instead, the investment manager agreed a financing known as a commodity murabaha with Standard Chartered. The bank provided the £72 million not as a loan but as the sale of a quantity of commodities to the ‘borrower’ for a price equivalent to cost plus an agreed profit, which the borrower will pay over a series of deferred payments.

In a typical murabaha, the bank purchases commodities – such as metals – from a broker, with a value equivalent to the amount required by the borrower. The marked-up sales price essentially creates a debt, of which the liability to pay is secured by a legal mortgage over the property that the financing is being arranged to fund. The borrower then sells the commodities on to a broker to obtain the cash it needs. In practice, the bank is mandated to sell the commodities on as part of the murabaha agreement.

In addition, CBRE GI agreed a fixed-rate sharia-compliant profit rate swap with Standard Chartered for the underlying financing to fix the yield for their client, effectively creating a hedging instrument similar to an interest rate swap.

The longstanding relationship between Standard Chartered and CBRE GI’s client played a role in the choice of lender, although Berens noted that several European commercial banks were willing to discuss the opportunity.

“We expected this market to be less liquid, but we were surprised by the number of senior lending banks willing to provide this type of finance,” Berens commented.

“Since 2015 and the inflow of Asian capital into European property markets, we have seen this type of finance become more commonplace,” he added.

The complexity of structuring the deal added legal costs above a standard real estate financing, although Berens argued the underlying pricing from the bank was in line with senior loan margins across the European real estate banking market. “We would have expected sharia-compliant finance to command more of a premium, but we were positively surprised by the outcome,” he added.