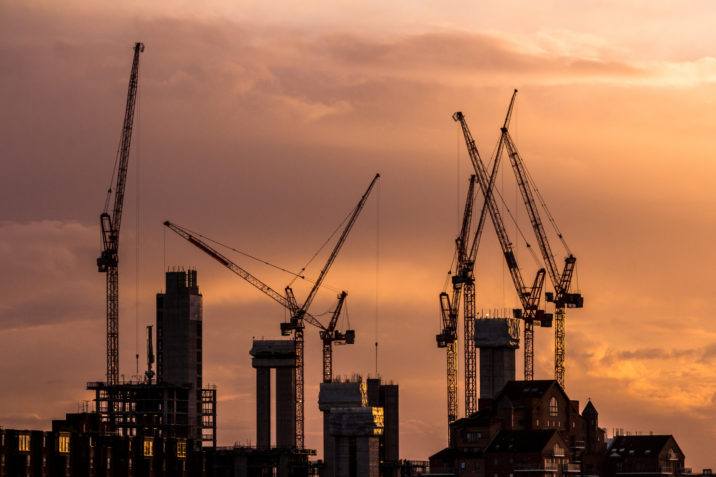 Cranes are a less ubiquitous sight on the skylines of Europe’s urban areas this cycle than during the construction boom in the years preceding the 2007 economic crash. A major reason for restraint in the development sector this decade has been a relative lack of debt finance.

As we get later into the cycle, the picture is changing. Faced with a lack of core opportunities, property investors are committing to build-to-core and ground-up development strategies. We are unlikely to see a repeat of the pre-2007 building frenzy, with rising construction costs keeping a lid on activity. However, JLL recorded 860,000 square metres of office completions in Q1, up 32 percent year-on-year, with 5.7 million square metres of new stock expected to land in total this year.

As Europe’s line-up of real estate lenders has widened, developers have more potential sources of construction finance to tap. The dilemma facing lenders is how much exposure they want to development projects.

Many remain conservative on the issue. Regulatory capital is keeping banks’ willingness to fund projects in check, too. But market participants say development loans are attainable from a wide variety of lenders, including non-banks. Even speculative London office development loans are available, if you are willing to pay handsomely for them, according to one borrower.

A speaker at our sister title’s PERE Debt and Finance Forum, held in London on 25 and 26 June, said we are at the highest point of liquidity for development finance this cycle. With investment volumes down, raising equity is harder than raising debt for such projects, the speaker added.

There is a case for lending to developments, selectively. Across European markets, there are sectors benefitting from strong demographic and structural fundamentals – senior living is a prime example – which are hindered by a lack of lender support. In addition, obsolete retail assets, which had formed the focal point for many towns, will require repositioning, to use a buzzword. There are also sub-sectors of country markets less advanced in their property cycles which have a demand-supply imbalance, such as Lisbon and Copenhagen offices.

Despite the increase in liquidity, there are also gaps in the market where relatively few lenders are writing cheques. For instance, in the UK, many specialist lenders have set up shop to finance the small-scale development market – indeed, some argue that space is becoming worryingly competitive. For loans above £20 million (€22.3 million), the crowd of lenders thins, and it thins further still above £50 million, creating an opportunity for those with the ability to write loans of such scale.

However, it is crucial those providing development finance appreciate the risks. Construction projects routinely overrun, meaning lenders need to closely monitor loans and be ready to work with their sponsor to resolve issues. A solid understanding of the borrower and its business plan is essential, as is a clear view of the exit from a loan. Some argue the best placed lenders to construction projects are those in command of long-term capital, rather than those under pressure to return funds to investors.

Development lending should not simply be considered a way to access higher returns in a late-cycle market; it is a complex and time-intensive activity. However, for those lenders with the ability to take a long-term view on the market and with the real estate acumen to back the right project, it is becoming an attractive proposition.