The flow of real estate capital into Europe was as strong as it has ever been in 2017, as a wider profile of global investors poured money into the region. In total, €291 billion of capital was invested in European real estate last year, up from €262 billion in 2016, according to CBRE.

Appetite for Europe is strong, with property market fundamentals supported by robust economic growth. The eurozone economy grew by 2.4 percent in 2017 and growth is forecast at 2.3 percent this year, according to the European Commission.

“Continental Europe is a hot topic for global real estate buyers right now. Stronger economic growth, a stabilisation in the political situation and delayed investor momentum compared to the US and UK markets means it is high on most cross-border investors’ wish lists,” says Richard Laird, partner in European Capital Markets at Knight Frank.

Domestic capital, which propped up the markets during the early recovery phase of the cycle, has been slowly declining as a percentage of European investment volumes, from 70 percent in 2010 to 57 percent in 2017, according to CBRE. Meanwhile, international capital has risen from around 35 percent to 43 percent over the same period.

External capital represented a record proportion of the European investment market in 2017, with almost a third of money spent in Europe last year originating from investors based outside the continent. “A lot of money is still filtering in from outside Europe,” says Tom Leahy, director of market analysis for EMEA at Real Capital Analytics. The main source of that capital remains North America, although 2017 was a record year for Asian money coming into Europe.

Asian investors are driven by a growing liquidity in the funds industry and are looking for diversification. “Economies have been growing there strongly for over a decade, which has supported wealth accumulation. Sovereign wealth funds and other institutional funds have built up capital over the years and, on the back of deregulation, liquidity can be allocated abroad,” says Jos Tromp, head of research for EMEA at CBRE.

Since 2009, the proportion of European dealflow accounted for by Asian capital has grown from 1 percent to more than 11 percent, according to CBRE. Europe’s mature real estate markets can offer more opportunities than Asian markets, while investors see an advantage in pricing. Average transaction yields for core product in Europe are higher than in Asia. In London, average yields are at circa 4.5 percent; in Hong Kong they stand at 2-2.5 percent.

“There is a lot of competition in Hong Kong and prices have tripled since the global financial crisis, which provides another reason for the money to keep flowing into London,” says Leahy.

Capital coming out of Hong Kong has spiked to around €7.5 billion from negligible levels before 2010, notes CBRE. Investors from China, Singapore and South Korea are also seen to be competing for assets in London, Frankfurt, Amsterdam, Paris and Berlin. Asia-Pacific-based investors have the highest target allocation to real estate and are currently furthest below target, according to INREV’s Global Investment Intentions Survey 2018. Their 10.9 percent target is 240 basis points above current allocations, indicating significant room for Asia-Pacific allocations to increase in the future.

Global investment into European real estate has never been higher and “with significant amounts of capital continuing to be allocated to real estate, the market is likely to remain liquid overall”, says Laird. Further M&A activity and platform transactions could bolster transaction volumes in 2018, although the lack of available product in some sectors and locations may limit turnover.

US capital diverts to non-core markets
The amount of capital coming into Europe from the US has fallen since its peak in 2015, but picked up significantly in Q4 2017 with almost €20 billion invested according to Real Capital Analytics – the second highest quarter on record.

“Lower investment activity in 2016 and 2017 can be explained by investors’ hopes that President Trump’s election would generate more economic growth in their home market, where capital has been diverted. It is also reflective of the fact that a lot of US private equity capital which looks for high returns was invested at an earlier stage in the cycle,” says Jos Tromp, head of research for EMEA at CBRE.

“US private equity investors have been supported by strong yield compression in the last couple of years, which means they have typically been able to complete business plans earlier than anticipated. Even though there is still a lot of value to be gained as occupier markets are recovering, some have decided to exit their investments early and reinvest in other assets and markets.”

An increased perception of risk, as well as relatively high pricing, means inflows from value-add style players have slowed in London, for example. However, US private equity capital has been active in markets such as the Netherlands, Spain and Finland, often in corporate transactions like Blackstone’s purchase of Finnish real estate platform Sponda last June.

Indeed, Real Capital Analytics data show 2017 inward investment from the US reached €51.6 billion, up sharply from 2016’s €36.9 billion, albeit around €7 billion behind 2015’s total. “Capital has seen an opportunity in markets that are further behind in the cycle than Europe’s core markets,” says Tom Leahy, director of market analysis for EMEA at Real Capital Analytics. 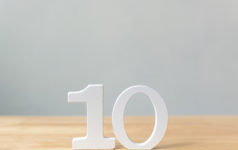 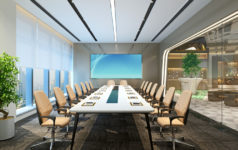 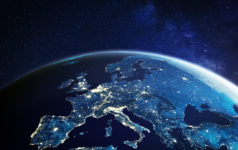