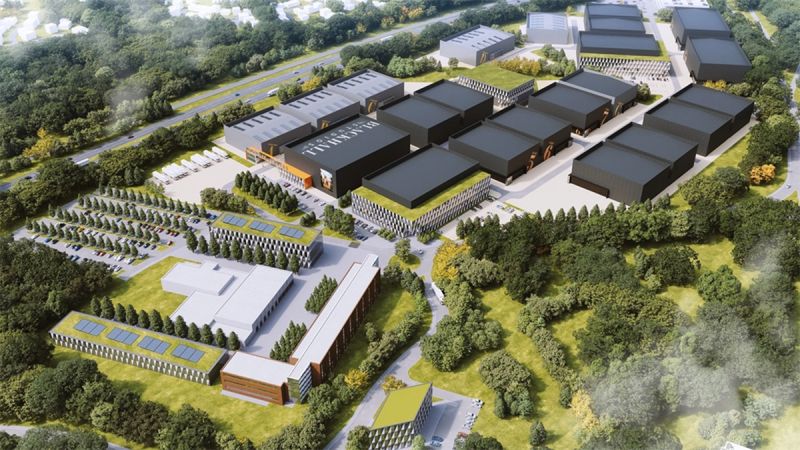 The £261.5 million (€308 million) development loan provided in May by debt and equity manager Cain International for a one million-square-foot UK production studio complex serves as a rare example of a financing deal in the sector that is attracting real estate investor demand.

Permanent facilities offer occupiers more control over the quality, and pipeline, of output, meaning typical leases are 10-15 years in duration, growing from a standard 12-18 months not long ago. Leases also tend to be retail price index-linked, an advantage in this inflationary environment.

All this gives the sector its star quality today. But as Cain International recently experienced, finding investment or lending opportunities in the sector takes patience. Its May loan, its first studio deal, will fund the ongoing development of Shinfield Studios near Reading that will be one of the UK’s largest facilities. The loan was provided to BGP HoldCo, a global soundstage platform controlled by affiliates of Los Angeles-based investment firm Commonwealth Asset Management.

Matteo Milan, principal, real estate finance at Cain, said it “waited a while” for the right opportunity.

“There was a lot of interest, it was competitive for both lenders and borrowers,” explained Milan. “There is a risk that this could mean six, seven, eight schemes are built. But this is unlikely because sourcing large pieces of land, particularly in London and the southeast, where the demand is most intense, is difficult.”

Planning is another hurdle. While consents for UK studios increased by 45 percent between 2018 and 2021, development costs and planning obstacles mean not all are likely to materialise. The other constraint can be funding.

Nassar Hussain, founder and partner of debt advisory firm Brookland, which advised asset manager Aermont Capital on its acquisition financing of Pinewood Group in 2016 and £1.5 billion of subsequent bond issuances, said sourcing finance can be challenging because lenders typically require some level of pre-let for studio developments.

“Anyone new coming into the sector is also competing with a few well-established players,” explains Hussain. “But this is what makes it attractive for those that are already established. They want to grow in this sector because they know there are huge barriers to entry”.

One route for equity investors, however, is in repurposing warehouses, provided they offer space for lorries to circulate and large floor-to-ceiling heights. Investment costs associated with this may also include soundproofing and installing flooring suitable for cameras to follow the action with ease.

Specialist lender Octopus Real Estate financed such a deal last July, with a £30 million loan to support sponsor Ridgeway Property Holdings’ acquisition of a 182,764-square-foot office and warehouse space in north London, for conversion into film and TV studios.

Ludo Mackenzie, head of commercial property, explains that the fact the property could be turned into a different occupational use if necessary, was appealing: “We do not like esoteric properties with limited uses. As asset-backed lenders we consider the property in its vacant form. We underwrite real estate that could be readily re-leased without too much cap-ex.”

The corporate high-yield bond market is also an option. Bond investors like real estate corporates in the film studio space as long leases to investment grade tenants provide strong cashflows, which is very rare in the corporate bond market. As a hybrid asset class it can be financed both by the real estate finance markets and leveraged finance markets, says Hussain, who has completed transactions in both.

Pinewood Group and its real estate soared to £2.2 billion in value after Netflix signed a lease on the bulk of an 800,000-square-foot extension to its Shepperton site in November – only five years after Aermont bought the Pinewood business for circa £400 million.

While loan structures are similar to other property types, studios have unique underwriting challenges, lenders say. Studio leases are not typically FRI meaning net cashflows are uncertain, and a detailed analysis of costs and expenses is required. Hussain says while most lenders “can get their heads” around non-FRI leases, it can increase the cost of capital for certain banks, which impacts pricing for the borrower.