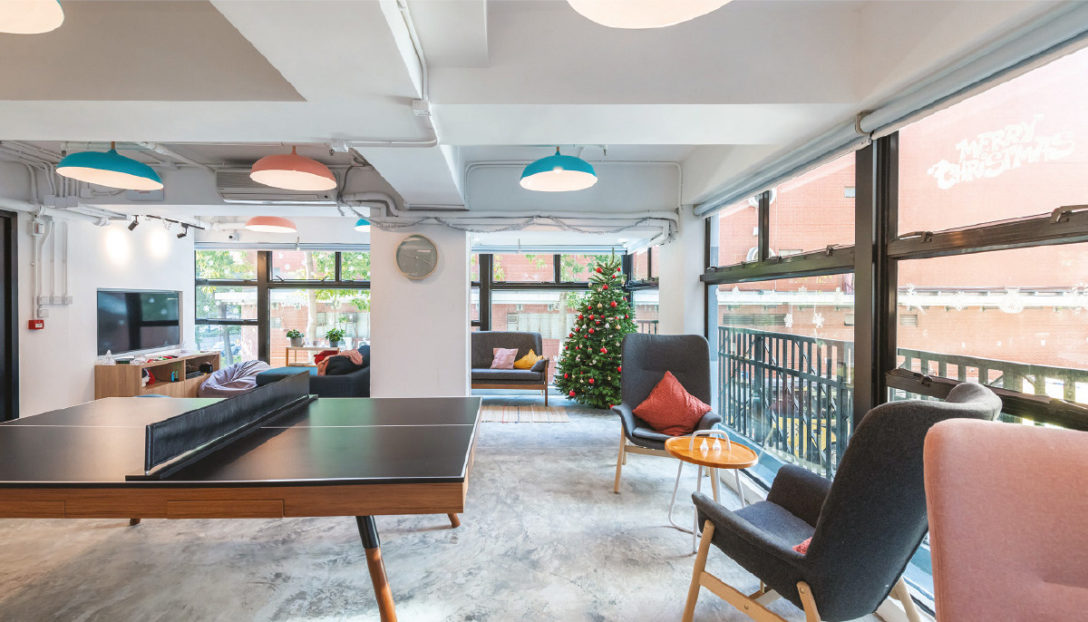 The world’s most dynamic cities tend to have two things in common: they offer the best career opportunities and the worst rental options, so even the brightest young things working for leading corporations may find themselves returning to a dingy flatshare or studio once the working day is over.

Defining co-living can be tricky because the term is so widely traduced. Operators of rental apartments are frequently described as co-living businesses, despite not offering the community elements that characterise genuine operators. And while moving to the city might seem glamorous, too often urban life is atomised, stressful and lonely. Over the past decade, co-living has emerged as a solution for young professionals, offering them not just better accommodation but a sense of community – real estate as a service-plus.

However, the commonly accepted keys to co-living are:

Typically, a co-living apartment will have less private space than a studio apartment, but tenants will have access to shared spaces that are not possible in a single apartment or flatshare, such as dedicated workspace or a café.

Operators stress that community is what differentiates them from a residential landlord offering an app and a gym on site. Weave Co-Living founder Sachin Doshi says: “Global mobility is high and gateway cities want to attract young talent, but housing is prohibitively expensive and it can be hard to build social groups when you move around every few years.”

Weave owns four assets in Hong Kong, two of which are in operation, and plans to expand in Hong Kong and to other gateway cities in Asia-Pacific. Doshi describes the service at Weave’s co-living buildings as “somewhere between serviced accommodation and a well-run hotel, albeit with fewer staff than in a hotel. It is a personalised service; our residents stay for an average of 10 months and our community teams know them by their first names.”

The company attracted $181 million of investment from private equity group Warburg Pincus, which has an option to invest up to $413.5 million. Other investors may come in at the asset level.

“Because we own the real estate, we have the ability and the ambition to bring in real estate risk capital in future,” says Doshi. “We have been approached by several real estate investors, which would help us create scale in the future.”

So far, the vast majority of institutional investment in co-living has been at the operating level, rather than directly into the real estate, even for businesses that own their assets. Rohit Hemnani, chief operating officer and head of alternatives, capital markets, Asia-Pacific at JLL, says: “The co-living sector has matured from venture to private equity funding and is now seeing an increase in institutional interest from global investors. Operators are increasingly seeking to form strategic partnerships and build platforms with well-capitalised investors to unlock real estate opportunities and enable growth.”

Last year, DTZ Investors teamed up with co-living brand The Collective to launch COLIV, the world’s first and, at the time of press, only co-living real estate fund. It plans to raise £1 billion (€1.1 billion) in debt and equity, to fund the acquisition of eight London co-living facilities designed, built and operated by The Collective.

Fund manager Christian Birrell, of DTZ Investors, says: “We originally looked at a build-to-rent fund because some of our UK pension fund clients wanted exposure to the residential sector. We wanted to find a product that was affordable to average income workers in London, but traditional affordable housing investments provide very low investment returns.

“To make a build-to-rent site viable in the capital you need to be charging rents that are unaffordable for your average worker in London. If you look at The Collective’s building in Old Oak Common, West London, the average rent is £1,100 a month, including all bills, amenity spaces and cleaning. That makes it affordable to people earning £30,000-£35,000 per year and compares favourably with the cost of living in a flat share.”

DTZ Investors is the fund manager, while The Collective is both developer and operator. “I don’t think we’d do it any other way,” says Birrell. “It’s a different way of living. So, what we’re trying to do is design and run buildings to create communities … A lot of that comes from building design right from the start.”

For investors, because it is a nascent sector, co-living offers a yield premium to multifamily residential of around 50-75 basis points, says Birrell. “We’re positioning the fund in the core-plus bracket, with 8-10 percent target IRR. We’ll either buy stabilised assets or forward-fund a project with planning and a fixed-price build contract in place.”

A report from Invesco Real Estate says: “Anecdotal data from the UK suggests co-living facilities maintain a similar stabilised occupancy to that of traditional multifamily but can add upwards of 10 percent to operating expenditures as a share of revenue, given the greater usage of shared spaces and potential for more frequent turnover. Significant programming schedules also add greater operational intensity, which may require enhanced staffing dedicated to the function. Yields for co-living appear to offer a 25-50 basis point spread above traditional multifamily yields.”

In contrast, the city’s hotels have seen occupancy fall dramatically following Hong Kong’s decision to close its borders to overseas visitors, having already been challenged pre-covid-19. “The risk profile is closer to residential than hospitality,” says founder Sachin Doshi.
Co-living’s community aspect has been a positive during the coronavirus outbreak, says Christian Birrell of DTZ Investors, who manages the COLIV fund created by DTZ Investors and operator The Collective.

“We might have 20-30 staff in a building who are working on community engagement,” says Birrell. “We have a free food delivery service, confidential care line providing counselling, a free online GP service and a range of online events to replace the physical events we normally host.

“We immediately put a very rigorous cleaning routine in place. Social distancing is an awful lot easier in a co-living building than it is in a house-share, which is where most of our members would be if they weren’t living in one of The Collective’s buildings.”

Additionally, most residents of co-living buildings are in their twenties or thirties, so are in a lower risk demographic than the average population.

Many specialist co-living buildings also provide dedicated workspace, which Birrell believes will be a positive in the post-covid-19 environment, as more people work from home and require ‘third space’ options.

The coronavirus outbreak has not slowed fundraising for DTZ Investors. A commitment in April from a UK pension fund enabled the fund to move to the second phase of acquisitions, after £70 million of seed equity (including £10 million total co-investment from DTZ Investors and The Collective) enabled it to acquire a £50 million asset in Harrow.

Nonetheless, it is very early days for real estate investment in the sector. Thomas Au, head of research, Asia-Pacific, at Invesco Real Estate, says investors will need to tap into operating experience. “Factors such as underwriting take-up time, capex, carrying out functions and optimising common areas are all important in determining returns.”

A major challenge is fragmentation. The Collective is one of the longest-established co-living businesses but only has operating assets in London and New York, with further launches in the pipeline for London, Germany and the US. Au says there is no standard offering in the sector: “One thing we notice is that the ‘mainstream’ offering could be different across different markets due to market structure and demand profile.”

In the US, this includes many coastal markets such as Boston, New York, Miami, Los Angeles, and the Bay Area, as well as a handful of inland markets. In China, the Tier 1 cities of Beijing, Shanghai, Shenzhen and Guangzhou, as well as some Tier 2 cities, such as Tianjin, Zhengzhou and Nanjing, have a compelling combination of strong millennial and migrant population and heightened affordability pressures.

JLL’s Hemnani says India has huge potential. “There are over 37 million tertiary students in India, with no significant purpose-built student accommodation operators in the market. As a result, some of the larger co-living operators like Stanza and Placio are targeting this student demographic and filling this void.

“This growing tertiary enrolment ratio and a large number of students also means there is a rapidly growing base of young professional graduates representing one of the critical demographics targeted by co-living operators.”

Meanwhile, any large global city that attracts significant numbers of young graduate workers and suffers from housing affordability offers potential. However, it is not just about affordability but also lifestyle, says Weave’s Doshi: “Our residents are professionals who can afford an apartment, but they want flexibility and higher service levels. Buying an apartment reduces financial flexibility. If you rent a small apartment, that’s all you have; here, the whole building is your home.”

DTZ Investors’ Birrell concurs, saying: “What co-living is trying to do is create a product which aligns more holistically with people’s lives. We’ve had massive urbanisation over the past 30 years and that has been combined with a generation that lives very differently and thinks about how they want to live very differently, especially in those global gateway cities.”